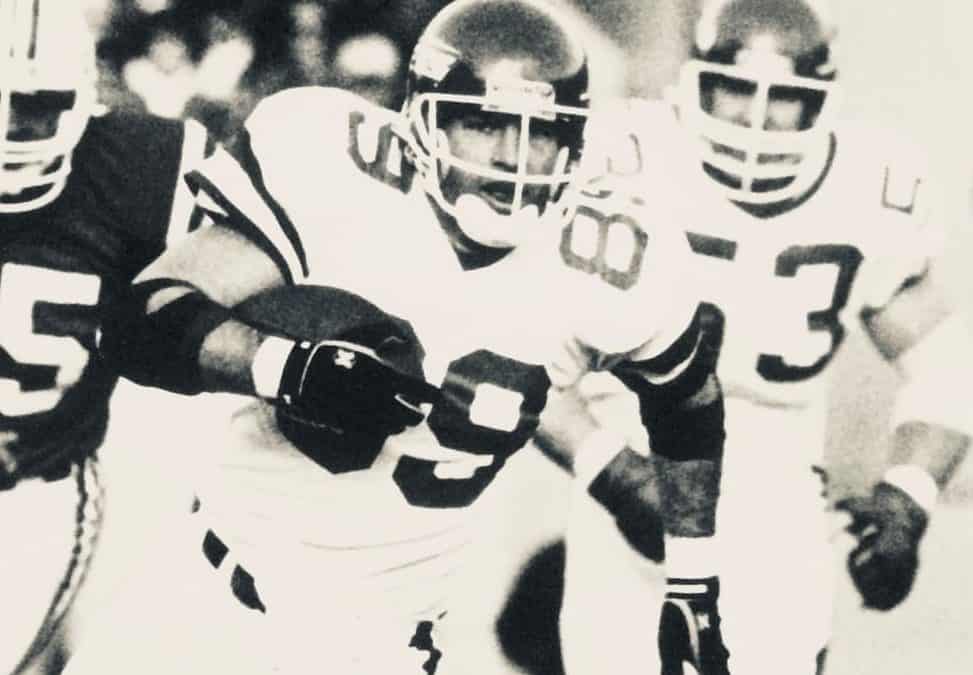 Anchorage’s Rocky Klever seemed to make Alaska history every time he took the field in the NFL in the 1980s.

Drafted in the ninth round in 1982 as a running back, Klever was switched to tight end and spent all five seasons with the New York Jets.

Klever also returned six kickoffs for an average of 14.7 yards and a long of 29.

In 1983, he was a rookie on the Jets team that reached the AFC Championship Game, losing to Don Shula, Dan Marino and the Miami Dolphins.

He scored his first touchdown in 1984 on a 7-yard pass from Ken O’Brien in the first quarter of a 30-20 loss to the New England Patriots.

In college, Klever played at the University of Montana and left as the all-time leading rusher with 2,228 yards, a record that stood for nearly 30 years until another Alaska standout, Yohance Humphery, broke the mark in 2000.

He is among a handful of Alaskans to score touchdowns three different ways (passing, rushing and receiving) in a NCAA career.

At West High, he led the Eagles to a state title in 1975. He was named all-state at quarterback as a junior and senior.