Game of the Week: Dimond sweeps South to force tie atop CIC standings 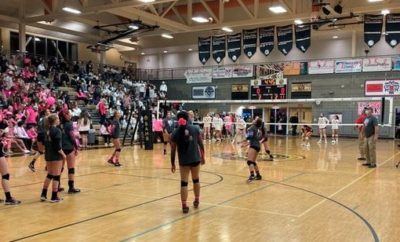 Each time the Dimond and South high school volleyball teams square off, another Alaska sports history chapter is written – both the recent and near ancient kind.

The Lynx and Wolverines entered Tuesday night’s Cook Inlet Conference meeting in front of a raucous student-heavy audience at South with an amazing pedigree of supremacy. The programs combined for the last 15 Class 4A championships – eight for Dimond and seven for the Wolverines since South opened in 2005.

Go back, way back, and the Lynx captured seven titles before their archrivals came into existence. This included one in 1973, the second of the 49 years schools in the Last Frontier have competed against one another.

Yeah, it’s a lot to live up to such vaunted expectations. On this night, Dimond did so and swept away their counterparts in 86 minutes

South lost for the second time in three conference matches and also sits at 11-2. West also entered play Tuesday with a pair of league losses.

Mix it all together, and the most likely outcome will be one team ending the others in dramatic fashion at the state tournament which begins Nov. 11. Days before, the CIC tournament will be decided at Service High.

South rolled past Dimond in its first CIC meeting of the season Sept. 24, but it’s been an interesting time since. The Wolverines visited an Outside tournament in Arizona during the first weekend of the month and lost five matches. They also lost a conference match to West just last week.

“Big picture, losses can act as a catalyst to get focused,” said South coach Amy Mestas. “It’s been a long couple of weeks and the kids have been riding that wave.

“At the end of the day, it puts us in a great spot to work hard.”

In Arizona, South played against teams from the host Grand Canyon State and California.

“We faced some tremendous teams,” Mestas said. “But the girls’ mentality was fantastic. We were there for a purpose, to get better against fast-paced competition.”

It was “Dig Pink” night inside the South gym, and the students from each of the schools were fired up. The Wolverines partnered with the Side-Out Foundation to raise money for the fight against metastatic breast cancer. South kids were decked out in pink while the Dimond students went with an all-white wardrobe.

“It’s difficult to focus at first because they’re all cheering so loud, it can be kind of annoying,” Sulte said with a laugh. “I do think we dig better and we hit harder. Crowds like this one make things (livelier).”

After time away from sporting events because of the COVID-19 pandemic, the student sections could’ve used a little help in the creativity department. How many times does “check the scoreboard” or “we can’t hear you” need repeating?

“A year off and it’s kind of like they forgot how to do it,” Mestas said. “But it was fun. Our (players) loved it.” 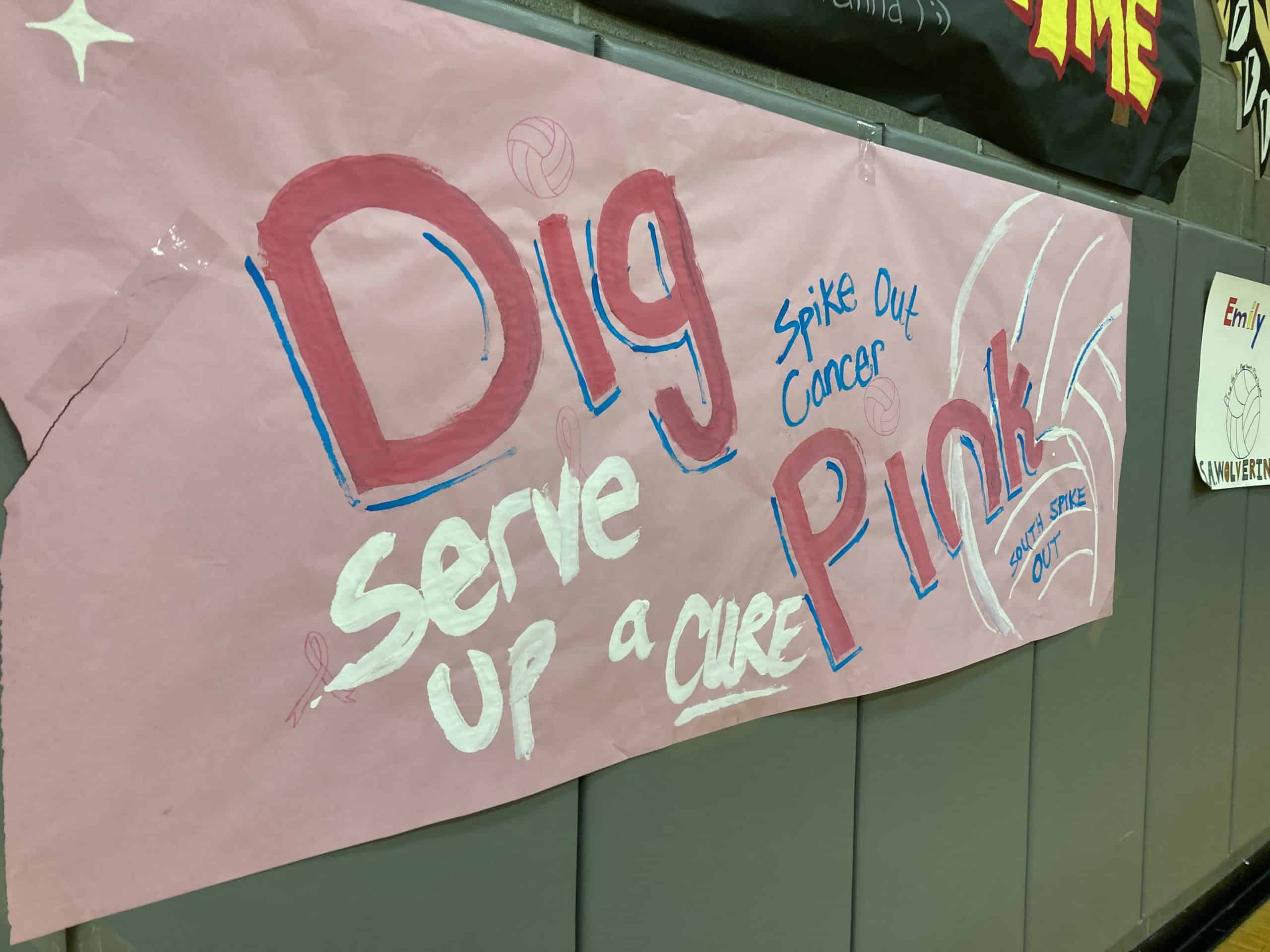