Ruthy Hebard on Cloud 9 after winning WNBA title: “I never thought I’d be in this position” 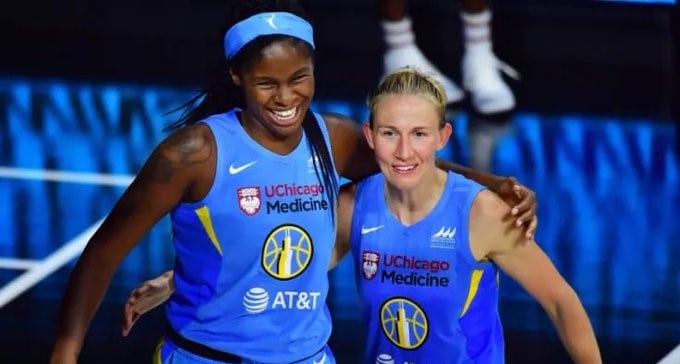 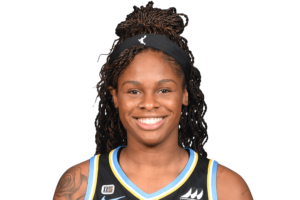 One day after the Fairbanks basketball star won a WNBA championship, she’s still on Cloud 9.

“It’s crazy. I am so happy,” she said in a phone interview. “It’s kind of unreal still, like, dang, we really did it.”

Hebard helped the Chicago Sky beat the Phoenix Mercury 3-games-to-1 in the best-of-5 series, a result that rewrote the history books.

“I never thought I’d be in this position, but now that I am, I’m loving it,” she said, “and it just makes me so excited for the future.”

Hebard is incredibly spoiled. Most WNBA players will never win a championship, and some get close only to have their hearts ripped out in defeat.

Take teammates Courtney Vandersloot and Allie Quigley. Both veterans have been in the league for a dozen years and this was their first title, seven years after making the Finals only to get swept by the Phoenix Mercury in 2014.

Hebard feels extremely grateful to get a ring in just her second season.

She soaked up every moment of the championship ceremony and didn’t want the night of celebration to end.

“You gotta embrace it because you never know when you’ll get another chance to be in this position,” she said. 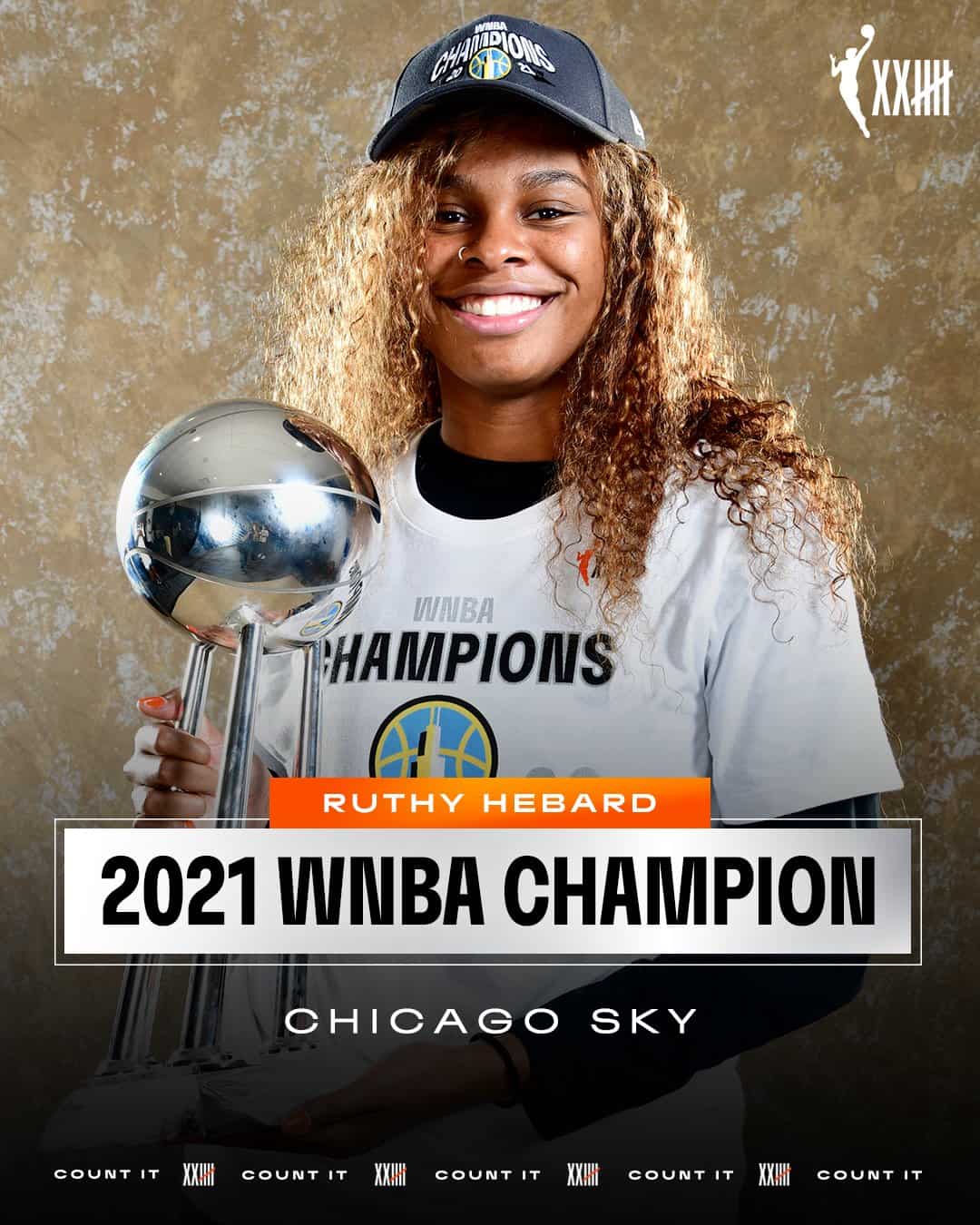 Chicago was not a chic pick entering the postseason after finishing the regular season 16-16 and earning the No. 6 seed out of the Eastern Conference.

But the Sky caught fire in the playoffs, posting an 8-2 postseason record after dispatching Western Conference No. 2 seed Minnesota in the first round, Eastern Conference No. 1 Connecticut in the semifinals and then 3-time champion Phoenix in the Finals.

Even after the Sky had clinched the championship, Hebard said, it still didn’t feel real.

“We were all crying, like, wow, we really did it. We worked so hard. People don’t see everything we went through, you know, in practice, off days, all that stuff, so just being able to do that with truly family, my sisters, it’s crazy.”

Hebard, of West Valley High fame, hopes her success will inspire young athletes in Alaska to shoot their shot in life.

“No dream is too big,” Hebard said. “Hopefully I can be an inspiration to kids and show them that they can do it, they can make it and they can be a part of something special.”

Hebard has more double-doubles (4) in 52 games than the other four Alaskans who played in the league had (3) in 435 games. 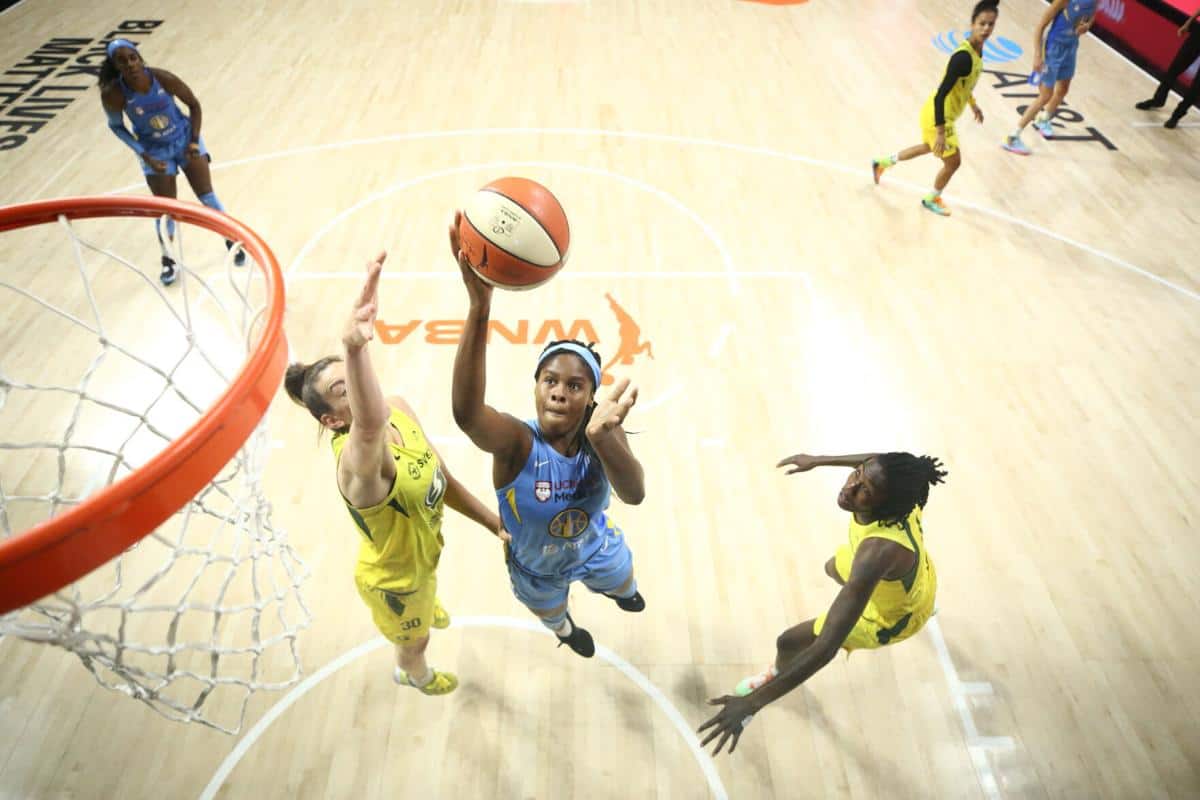 Her 173 points this season are the third most by an Alaskan.

“I think, especially at the start of the season, it was great to play a lot and even though I wasn’t playing a lot at the end, just being able to watch and learn from Candace (Parker) and other vets was really special.”

Parker, a six-time WNBA All-Star in her 14th season, is one of the greatest players in women’s basketball, a surefire Hall of Famer. She also plays the same position as Hebard, who saw her minutes cut as she found herself out of the rotation for the first time in her career.

“It was definably humbling,” said the 2020 first-round draft pick out of the University of Oregon.

“I don’t think I have really ever sat on the bench. It definitely made me hungry. You could have a bad attitude or a good attitude with it, I’m just trying to have the good attitude.

“I know that I’m learning a lot. Just trying to listen, trying to improve my IQ of the game and different reads because I think that’s an area I need to get better.”

Hebard is eager to get back on the court this winter, except it won’t be in Turkey where she averaged 18.8 points and 11.0 rebounds per game for Nesibe Aydin.

She will play for Ragusa in Sicily, Italy.

“It’s definitely a step up from Turkey, so I’m super excited,” Hebard said.

Unlike her team in Turkey, Ragusa is an established team that should compete for an Italian League title with Hebard.

“I’m just looking to do what I can there,” she said. “I want to improve my outside game and hopefully they’ll have the confidence in me to shoot it. I’ve really been working on that this season.”