In the nick of time, Natalie Bickers hits Moab 240 cutoff with two seconds to spare 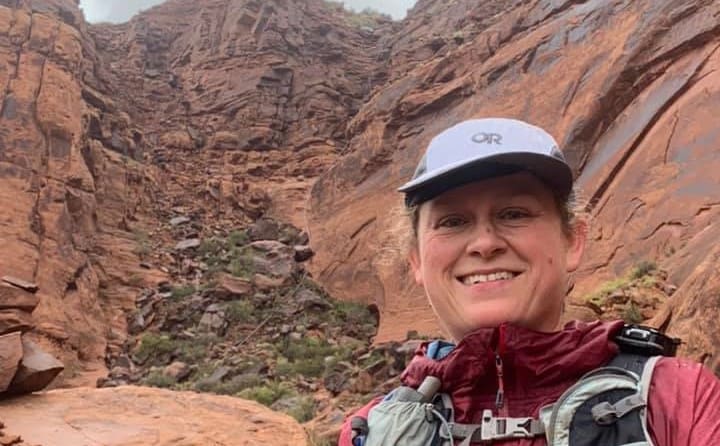 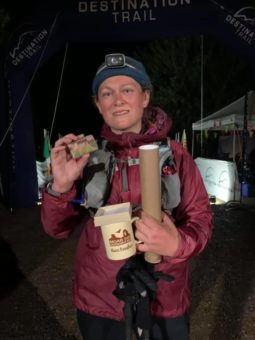 Natalie Bickers had been soldiering along the Moab 240 Endurance Run course for more than 4½ days — through wind, rain, snow, mud and physical and mental exhaustion — when the prospect of being disqualified in the final hour became very real.

As she reached a paved bike path 53 minutes before the 113-hour cutoff, Bickers realized she’d need to mostly run the final three miles. “There hadn’t been much running for over 100 miles before that,” she recalled.

So Bickers, a Palmer native, mixed in running with power-hiking as the clock approached the 11 p.m. deadline in Moab, Utah. She’d covered 237 miles of terrain through desert, canyons, slickrock and two mountain ranges before finally reaching some “easy” trail on the bike path.

“I don’t know how I’m going to do this, but I gotta do it and it’s going to hurt,” Bickers, 46, told the podcast Ironminds, adding that the final five miles are fuzzy in her memory.

Missing the cutoff would have meant she’d be listed as Did Not Finish in the official results.

And that wasn’t acceptable, especially considering she’d dropped out of the Bigfoot 200 and Resurrection Pass 100 already that summer.

Bickers knew the cutoff was perilously close as she approached the finish line.

“The people running me in were yelling at me to run faster and I was yelling back ‘I CANNNTTTT’ and kept trying to stop and walk and they wouldn’t let me,” Bickers wrote on Facebook. “So much energy! I truly thought I was going to pass out. I’m thankful they pushed so hard.”

Breathing hard as she leaned on her hiking poles seconds after crossing the finish line, Bickers asked a race official “Did I make it?”

By the narrowest of margins, she did. Bickers finished in 4 days, 16 hours, 59 minutes and 58 seconds, using all but two of the 406,800 seconds allotted (another runner finished with eight seconds to spare).

Bickers, who began running ultramarathons in 2015 and is accustomed to being near the back of the pack, has received kudos from friends and ultrarunning fans for her feat.

“It’s weird being known as the last-place finisher,” she said after finishing in 168th place. 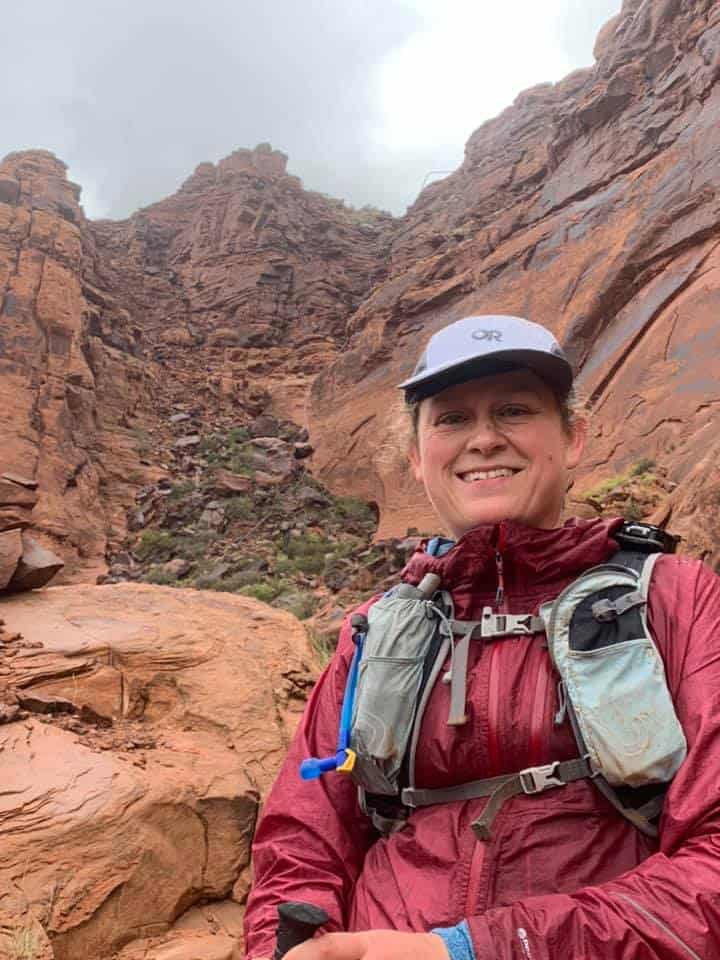 Despite her determination, finishing was no certainty for Bickert, as 49 others started but dropped out. Bickert’s original goal was 95 hours, but she revised the estimate to 105 hours before even more problems pushed her up against the cutoff. Along the way, she was slowed by inclement weather, technical trail, blistered heels, extreme fatigue and gastrointestinal problems.

“For 24 hours I couldn’t keep much down and I had three days with serious stomach issues,” she said.

Lacking a support crew and pacers also created challenges. A pacer would have been useful when Bickers became one night when Bickers couldn’t make sense of the course map on her phone’s GPS app. Disoriented, she wandered back and forth as more bad weather moved in.

“I was pretty sure I was in Alaska at that point. It might have been Nabesna road,” she said.

Bickers, an ICU nurse at MatSu Regional hospital, wisely crawled into her emergency bivy sack (a Mylar blanket) to get warm and regroup.

Bickers experienced frequent hallucinations as she only slept about 3 ½ hours the entire race. She plans to sneak in more short naps in the future.

And yes, there will be plenty more long races. Bickers, who also manages the race events company Happy Malemute Running with husband Eric, has a goal this year to complete two ultras per month — be they official events, solo sojourns or outings with friends (any distance greater than 26.2 miles is considered an ultra).

Asked whether endurance running is her obsession, addiction or love affair, Bickers said it’s a combination of all three.

“I see it as a personal challenge. I want to prove to myself that I physically can do it even if it takes a really long time,” she said.