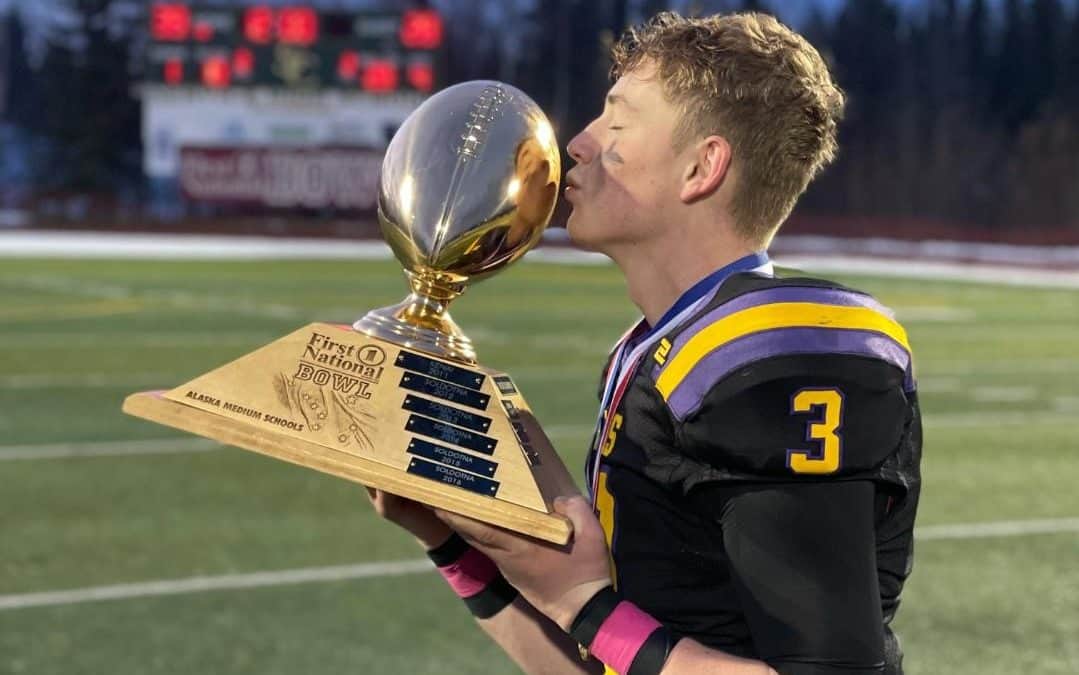 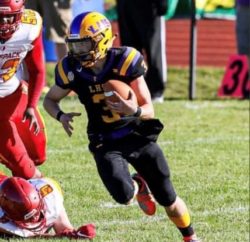 When he was younger, Jarren Littell of Fairbanks dreamed about beating a team like the Dallas Cowboys. Then he got to Lathrop High and learned about the Soldotna Stars.

It reshaped his thinking for the next four years.

“Beating them became the dream,” he said.

Littell made that dream come true after the senior quarterback had a hand in six touchdowns to lead the Malemutes over Soldotna 39-28 in the ASAA Division II state championship game in Anchorage.

This was the first football state title for Lathrop in school history and the first playoff loss for Soldotna since 2011. The Stars were shooting for their ninth consecutive state title.

“It’s crazy,” Littell said. “Even thinking about it now, I can’t believe we are really state champions.”

Littell racked up 217 yards of total offense, including 184 and two scores through the air. All four of his rushing touchdowns came from inside the 5-yard line.

Lathrop finished the year 8-1 under coach Luke Balash, with two wins coming against the Stars.

“The last couple years they’ve beaten up on us – well, they’ve beat up on everyone – but especially us,” Littell said. “Once we beat them Week 2 it was like, ‘Guys, they’re beatable.’ We knew that if we just played as a team, as a family, we could beat them again for the state championship.”

We’re not used to seeing Soldotna lose, so even when Lathrop beat the Stars 27-21 early in the season, people couldn’t believe it.

“They said it was a fluke,” Littell said. “What motivates me is when people doubt me. I love to prove people wrong.” 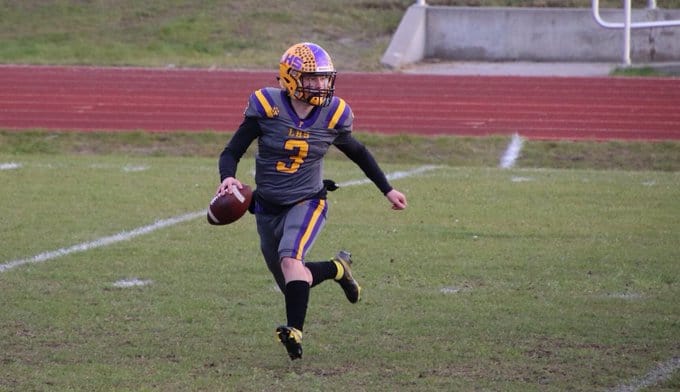 Proving naysayers wrong provided motivation, sure, but Littell and the Malemutes wanted to prove themselves against the Stars as well because if you want to be the best, you have to beat the best.

“We wanted to make a statement: We’re the real deal,” he said.

Littell proved to be the real deal, leading the Malemutes to a wire-to-wire victory thanks in large part to three touchdowns in the first quarter on touchdown passes of 34 and 65 yards and a 3-yard TD run.

Later, with Lathrop nursing a 27-20 going into the fourth quarter, Littell sealed the deal with TD runs of 1 and 2 yards.

“To go out like that, to have six touchdowns in my final high school game, I have to give all the credit to my teammates and coaches because without them I couldn’t have made that happen,” he said.

This was the fourth time Lathrop advanced to a state championship game in football (2019, 1985, 1984), but the first time the Malemutes came away with a championship.

“It means everything not only for Lathrop but for Fairbanks,” Littell said. “We knew going into that game that we weren’t just representing ourselves, our families, our alumni but the Fairbanks community.”

Littell will always remember the state title and the powerhouse program he had to beat to win it.

“I have a ton of respect for Soldotna,” he said. “They are one of the most disciplined football teams I have ever seen. They hustle every play. They definitely do not give up. It did not matter how much we were up on them or how much time was left, they were battling until the end.”

To read about other Alaskans featured in the Prep Spotlight series, click here.