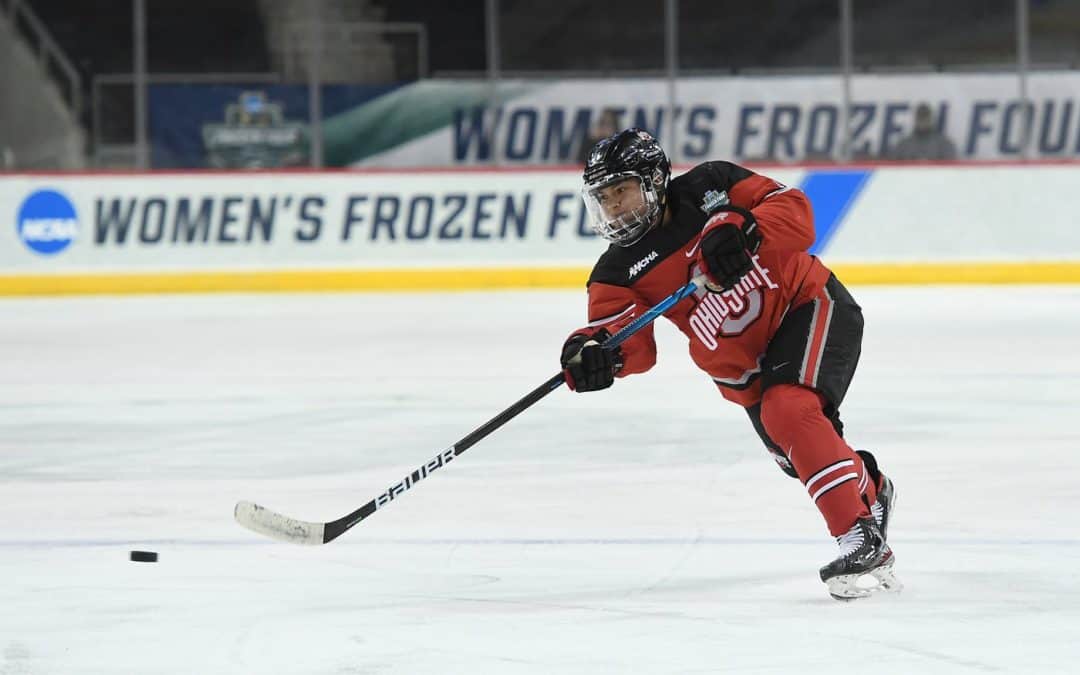 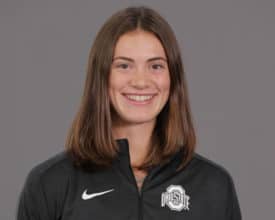 Anchorage’s Clair DeGeorge didn’t suddenly get very good at hockey. She’s always been very good. It’s just that, well, the fifth-year transfer plays for a much better college team now, which makes her a much more dangerous, and productive, player.

That makes DeGeorge the fourth Alaskan woman to break the 100-point barrier.

DeGeorge this weekend broke out of a tie with Anchorage’s Zoe Hickel (93, Minnesota-Duluth, 2011-15; also current Ohio State assistant coach) for No. 5 on Alaska’s college scoring list for women. She also blew past previous No. 4 Dayna Colang of Fairbanks (97, Vermont 2012-16).

DeGeorge in her personal six-game point streak has racked 5-10—15 totals.

DeGeorge on Friday went off for one goal and three assists. She registered those points on four straight goals. Saturday, she delivered two goals and one assist. She fired nine shots on the weekend and went plus-6.

What has sparked DeGeorge’s career season? Most likely, experience and environment. 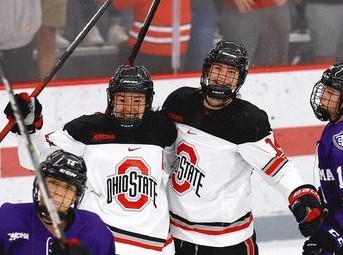 As a fifth-year senior – DeGeorge was afforded a transfer season because the NCAA granted players another year of eligibility due to the pandemic – the 22-year-old is likely physically and emotionally stronger than ever, and likely wilier too.

Plus, Ohio State is really good – 12-2-0. Both their losses were essentially one goals losses – 3-1 on an empty-net goal and 2-1 in overtime – at No. 1-ranked Wisconsin. Ohio State’s .857 winning percentage is more than twice as good as the .397 (47-74-10) winning percentage Bemidji compiled in DeGeorge’s four seasons.

On the goal front, DeGeorge’s stat-stamping season has no doubt been helped by better talent surrounding her, but also by a massively pumped-up shooting percentage. DeGeorge’s career shooting percentage at Bemidji was 9.6 percent (28 goals on 292 shots). She’s currently sitting on 23.5 percent (eight goals on 34 shots). She probably enjoys more high-danger scoring chances playing with better players. Still, 23.5 percent is difficult to sustain.

The numbers peg this as a breakout season for Clair DeGeorge, and it feels that way. Still, there’s another way of looking at it: She’s a very good hockey player who is finally playing for a very good team.