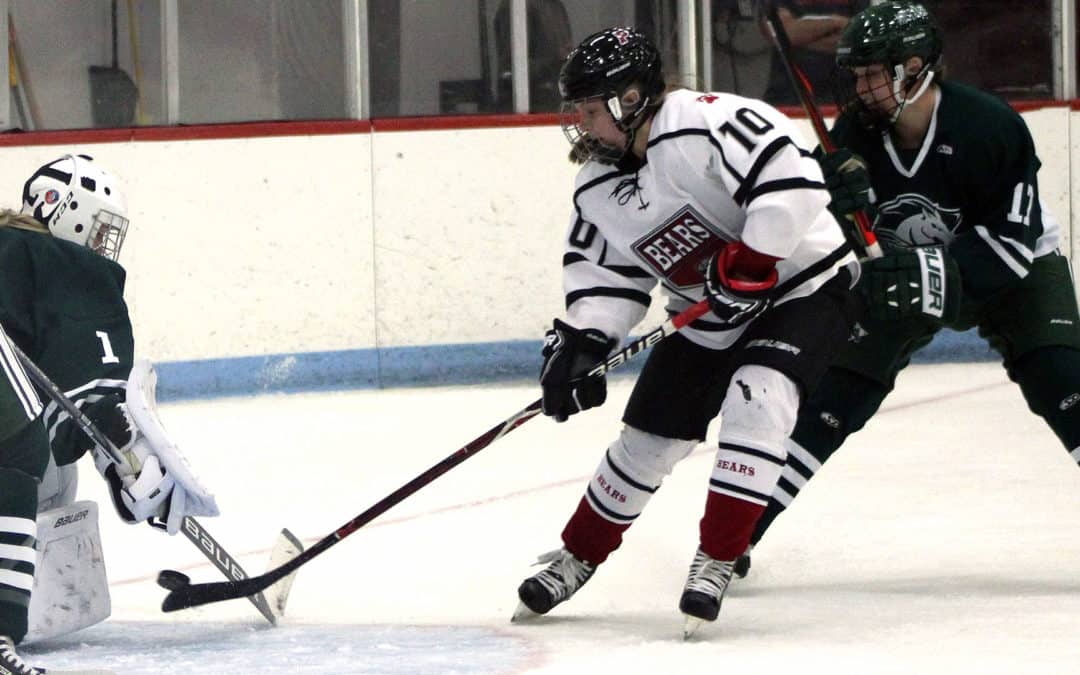 Wasilla’s Kaylee Merrill is a streaky scorer – once she gets hot, she stays hot.

The junior forward has been scorching this month with three goals in three separate games against three different opponents.

Merrill is the best offensive weapon for the Potsdam State University of New York women’s hockey team as she leads the NCAA Division III squad in goals (3) and shots (21).

She has emerged into a legit college sniper with 16 goals in 30 career games.

The former Wasilla High skater has scored a goal in three straight games three different times in her career. She scored an unassisted goal in the first period against Morrisville State. Then she had a first-period goal against Oswego State. In the third game, Merrill netted a goal against in Cortland with just six seconds left in the game.