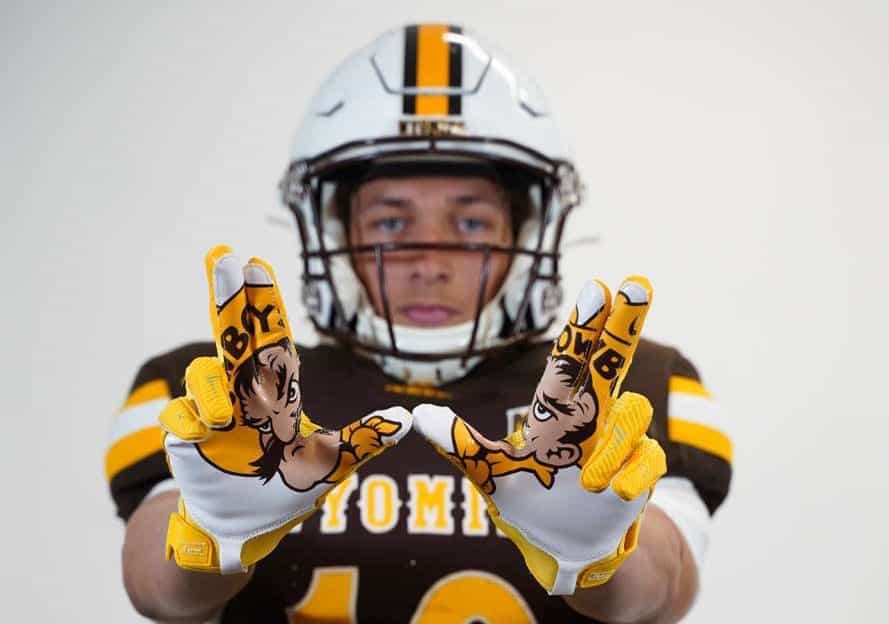 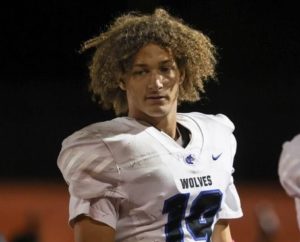 No matter how far football takes him away from Alaska, Malique Singleton of Anchorage leaves no doubt where he calls home, writing ‘907’ on his wristbands and giving Begich Middle School a shoutout in his Twitter bio.

“I’m proud of where I grew up,” he said by direct message.

Even though he attends Grandview High in Aurora, Colorado, he never strays from his Alaska roots.

“I wear a little Begich wristband and I put 907 across my wrist tape for games,” he said, “so if you watch my film and I point to my wrist, I’m not saying “ice in my veins” I’m pointing at the 907 on my wrist.”

Singleton, 18, is back in town visiting his mother and sister for the holidays. No doubt they have a lot to celebrate after the senior safety was voted Centennial League Player of the Year by the coaches – the first person to win the award with no offensive or return snaps in almost a decade.

The 6-footer is the top-ranked defensive back in the state of Colorado, according to 247 Sports, and is headed to the University of Wyoming, giving Alaska some juice on National Signing Day.

“They were the first to give me a real look and was the only school to talk to me about the bad parts of my game not just the good,” Singleton said.

Singleton helped Grandview make the Class 5A Centennial League semifinals and racked up 115 tackles and six interceptions in 13 games. He also blocked three kicks and made house calls on two interception returns.

5A Football: First play of the 4th quarter and Grandview’s Malique Singleton gets the 95-yard pick-6 to draw the Wolves within 21-13 of Creek! @creeksports @CreekAthletes @Grandview_HS @GHSWolvesFB @aurorasports pic.twitter.com/zlqrclgvTy

Singleton was the best of the best in what he called the best conference in Colorado.

“The Centennial League is one of the five best football conferences in America,” Singleton boasted.

In Alaska, Singleton was a two-sport star at Begich Middle School in football and track.

“I did hurdles at Begich and set a couple state records,” he said.

He played football through the Boys & Girls Club of Anchorage, lacing ’em up for the 12U and 14U Bartlett Bears.

I wanna thank me best friends, my family, my coaches, and Bartlett Bears BGC. I love Laramie and everything about Wyoming and this is the place I wanna be. Go Pokes!! pic.twitter.com/15oZu4e3AO

He left the state after eighth grade, opting to move to Colorado rather than clash with potential high school coaches in Alaska.

“They didn’t view me as a capable player who could do big things and refused to play me on JV as a freshman,” Singleton said. “I’ve never had great stand-out attributes; never been the fastest, the strongest or the biggest, so I’ve always had to play with an edge to be able to overcome that.

“But coaches refused to look past that and look at the character, work ethic and ability to play with the big dogs, which I had proven with my time with Bartlett Bears 14U and AK Warriors travel team. I just feel no one understands that part of why I left.”

At Grandview, Singleton developed into a conference MVP and one of Colorado’s best players for the Class of 2022, ranking 16th in the state and first among defensive backs.

When he was in Alaska, he looked up to high school stars like Chugiak’s Derryk Snell and East’s Allen Ala, Kapono Medeiros and Hale Siulua. Years later, Singleton is the next big thing in Alaska football as the most notable recruit in the Class of 2022.

He will continue to rep Alaska once he gets to the Mountain West Conference with Wyoming.

“I’ feel it’s my job to represent this great state and all the people in it, especially the eastside of Anchorage,” Singleton said. “Alaska made me who I am and I want people to know about how great it is here.”

Malique Singleton, wearing No. 92 in honor of his father, blocked a punt on Senior Night.