Prep Game of the Week: West scores 5-1 win over Service in first of three CIC games in three days 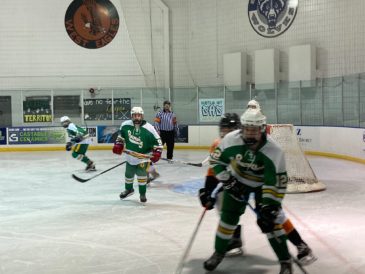 The old 3-in-3 gauntlet – a trio of hockey games in as many days – was certainly a staple of the Anchorage scene back in the day. Ah, the memories of the Bakersfield Fog or Victoria Salmon Kings facing the Anchorage/Alaska Aces back-to-back-to-back.

Because of a scheduling quirk to end all scheduling quirks, West played only two CIC games in the first five weeks of the season while most squads played about six on average. Teams plays a 14-game slate in the regular season from late October to late January. The Eagles started making up ground on the league with the victory over the Cougars. They play league-leading South on Friday and second-place Dimond on Saturday.

All this fun, and West remained unbeaten in league play (3-0-0). The six standings points are currently good for a fourth-place showing with a handful of games in hand. Makes a ton of sense, eh?

“We’re facing some good teams (this week), and it will be a test for sure,” said West senior Marty Tumey, who notched the game-winning goal at the 9-minute, 20-second mark of Thursday’s first period. “But I really like our group of guys, so I think we’ll come out well.”

West has managed to string together an impressive nonconference run of games while the CIC basically started without it. The Eagles played non-league games against Eagle River and South, met Wasilla twice and tested themselves against Homer and Kenai during a trip to the Kenai Peninsula a few weeks ago.

“I’m not really sure anything we’ve done is unique,” Tumey said. “We kind of just treat every game the same. I feel like we’ve gotten in our games.”

West certainly has some catching up to do against its CIC rivals. But if Thursday’s performance is any indication, the rest of the league may have their work cut out for them in keeping pace with the Eagles.

Seniors Ian Keim (one goal, one assist) and Aidan Fitzgerald (two goals, one assist) looked every bit the players who helped West earn the 2019 First National Cup state title as sophomores. Throw in senior transfers from Eagle River, Aaron and Jacob James, senior goaltender Jasper Carpenter and sophomore defenseman Evan Fitzgerald, and the Eagles appear to have the kind of nucleus needed to do something special.

“I love this team so much,” Tumey said. “(November’s) trip to Homer really gave us a chance to bond, and the guys are so good to each other.

“It’s turning into the favorite team I’ve been on.” 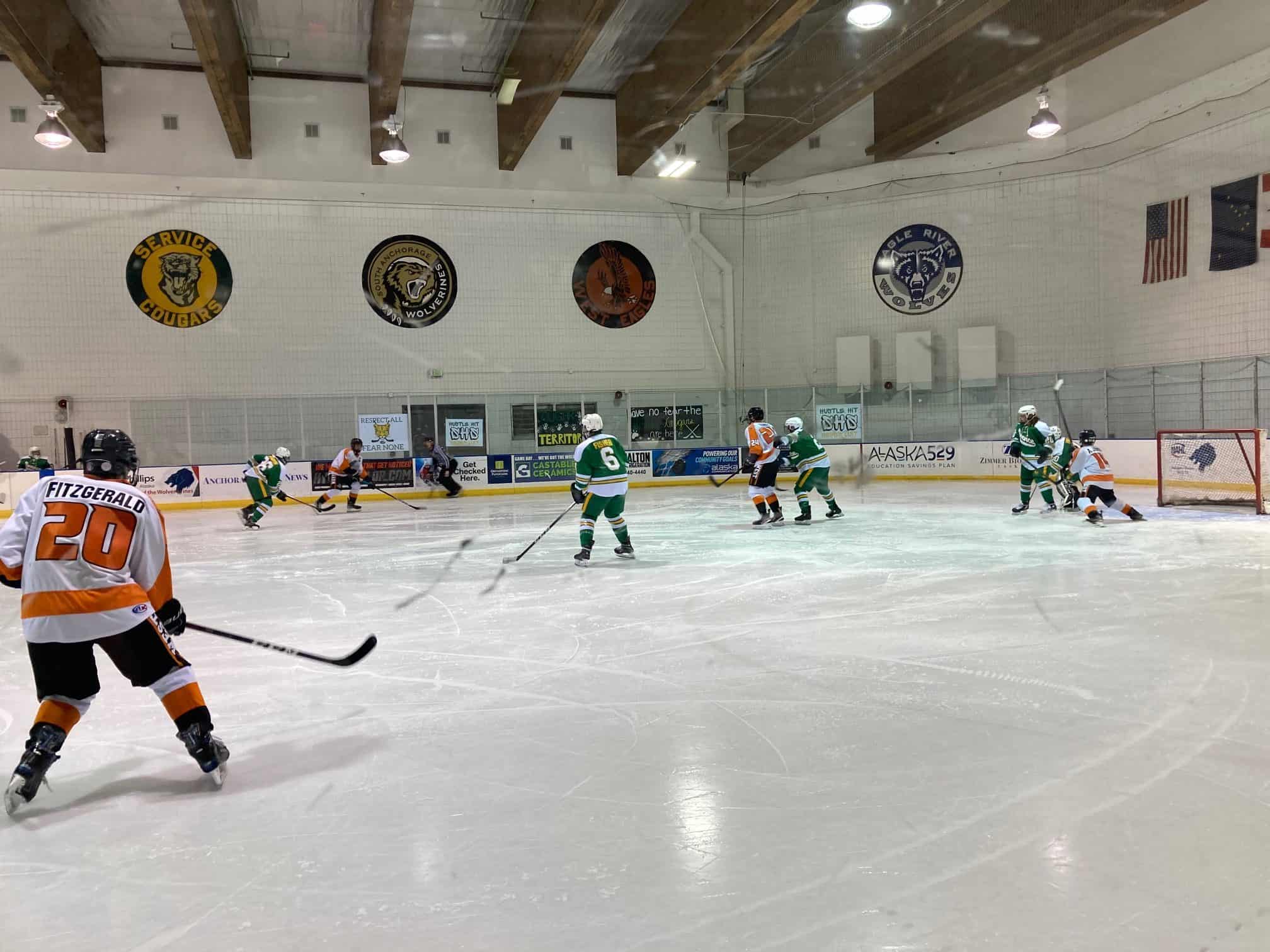 On maybe the play of the night, West freshman Jude Doniere set up Keim’s goal at 2:08 of the third. Doniere skated down the right wing into the corner with a defender on him and laced an electric cross-ice pass to Keim near Service goalie George Prielipp’s left post.

Service dropped to 4-3-0 in league play. The Cougars definitely had their chances, firing 31 total shots at Carpenter, and enjoyed ample power-play time in the second period. Senior Ian Bare, who confirmed an offseason growth spurt added about five inches to his tall frame, scored his team’s lone tally at 12:31 of the second.

“We’re going to start winning,” Bare said. “We’ll get better and start capitalizing on the power play and other opportunities.”

The Cougars play Eagle River on Friday night at the McDonald Center.

On the flip side, everyone should have a clearer picture of West’s true CIC identity once this week ends. Three league games in 72 hours will take care of any questions.

“It’s not so much about what other people are going to think,” Tumey said. “It’s about the way we play. We’re just looking to get wins.

“I mean, I love playing games, so these next few days really aren’t much of a task.” 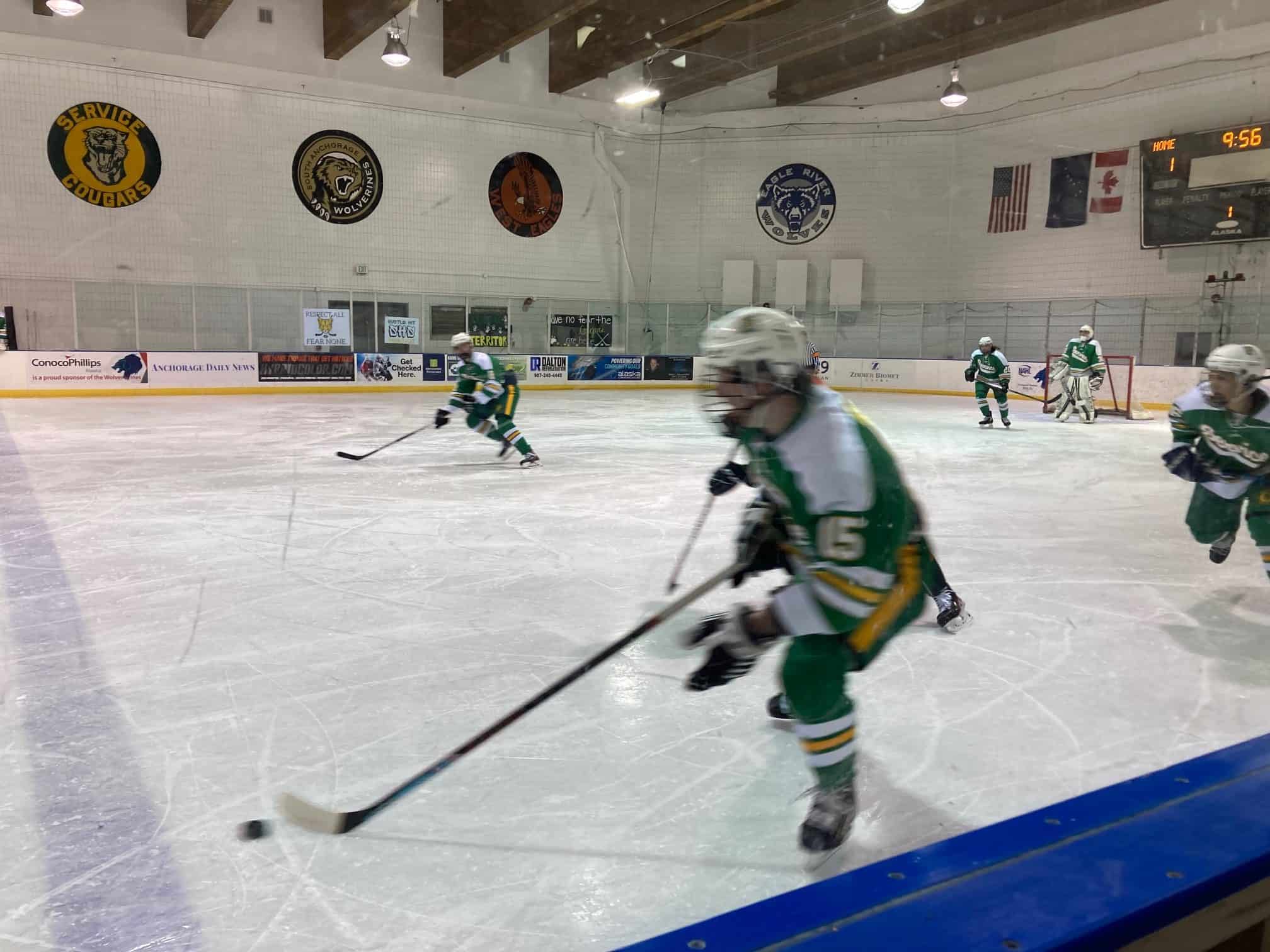