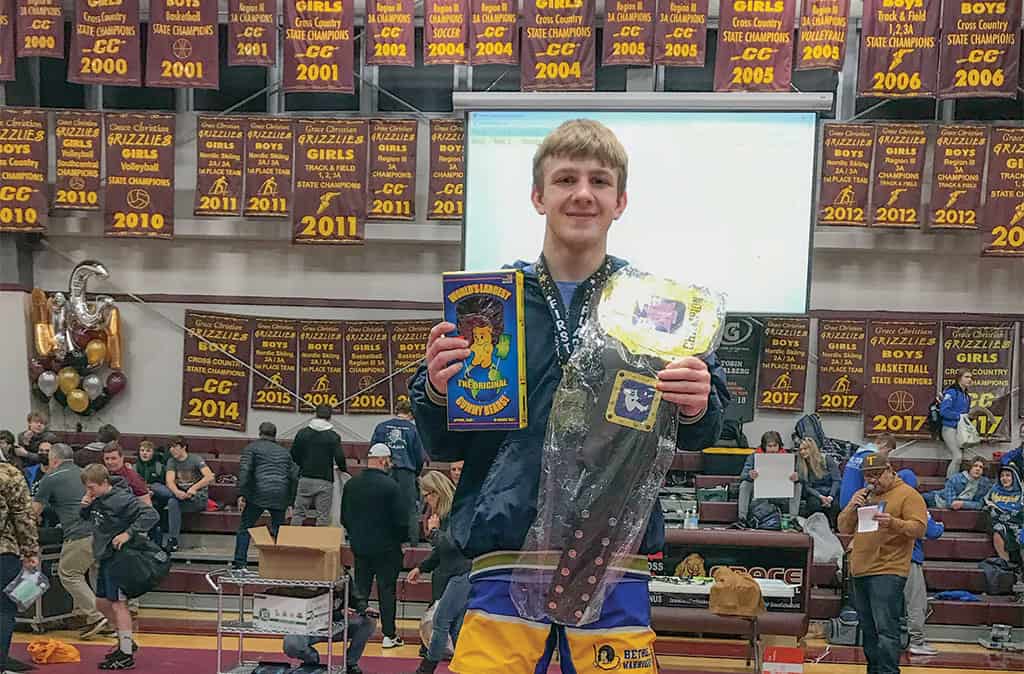 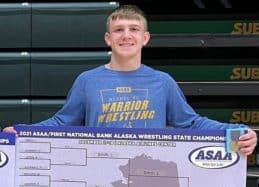 Riding a three-year unbeaten streak and attempting to tie a national record will test even elite athletes.

“There was a little pit of pressure to win and get that fourth title, but my coaches just told me to out and do my best and that helped take it away, along with winning,” Smith said by text message.

Smith pinned each of his four opponents at 119 pounds to finish the season 36-0 and win his weight class at the ASAA/FNBA Division II State Championships at the Alaska Airlines Center.

Smith earned 25 pins in 36 matches this year, including a fall over Wyatt Williams of Valdez at the 3:08 mark in the state title match.

“It feels really great to win this weekend and it’s an indescribable feeling getting that fourth title,” Smith said.

“Bethel now has the most 4-timers of any school in Alaska so far,” longtime Warriors coach Darren Lieb said.

Smith finished his career with an astonishing 112-3 record. He didn’t finish undefeated but he did beat every opponent he faced, avenging his only losses as a freshman to Adam Concepcion (South Anchorage) twice and Ryan Rooney (Wrangell) once.

“I got to wrestle Ryan later that year and ended up beating him, and I beat Adam the next year,” Smith said.

Smith is used to winning. He also carries a 3.8 GPA.

“That just shows how hard he works on and off the mat,” Lieb said. “I’ve had Landon with me for a very long time and I’m going to miss him wrestling for us. Not only is he a great competitor, but he is also a great teammate, teacher to our younger kids, and a great example of what hard work will get you.”

Smith has a physical style, which helped him rack up 71 pins among his 112 wins. He wrestles with tenacity and tremendous technique to terrorize opponents. 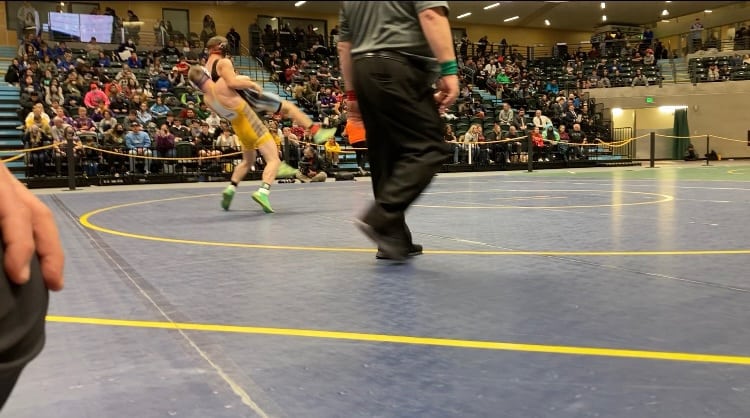 “He always looks to score first and often,” Lieb said. “His ability to scramble just keeps getting better and better each week it seems.”

He doesn’t wrestle to win so much as he wrestles to pin.

“Pinning is the ultimate way to win, we believe,” Lieb said. “Not only do we secure the win, but we like those bonus points. We do stress pinning our opponents and Landon is about the best we’ve had in school history.”

Smith said he couldn’t have done it without his support system of teammates and coaches, who he credited for keeping him hungry and humble.

“What helped me stay focused was having one of my goals to be a four-time state champion and my teammates pushing me to be my best,” he said. “Coach Lieb has been my coach for a long time and is like a mentor of mine.”

Lieb keeps it simple: do you. He doesn’t want his wrestlers to drift away from what makes them successful.

“Don’t change a thing,” was the advice he gave Smith.

“I also told him before his state championship final match to not think about being a 4-timer or what the team scores were doing. I told him to go out and keep doing what he does best, wrestle his style. Get the first takedown and go to work on top. And that is what he did.”

“Being in Bethel, it is hard to get exposure and getting out and traveling has helped,” Smith said.

College is in his plans, but wrestling might not be. He believes finding the right fit for academics carries more weight.

“I would like to wrestle in college but if the college I go to doesn’t have a program, that’s OK,” Smith said.