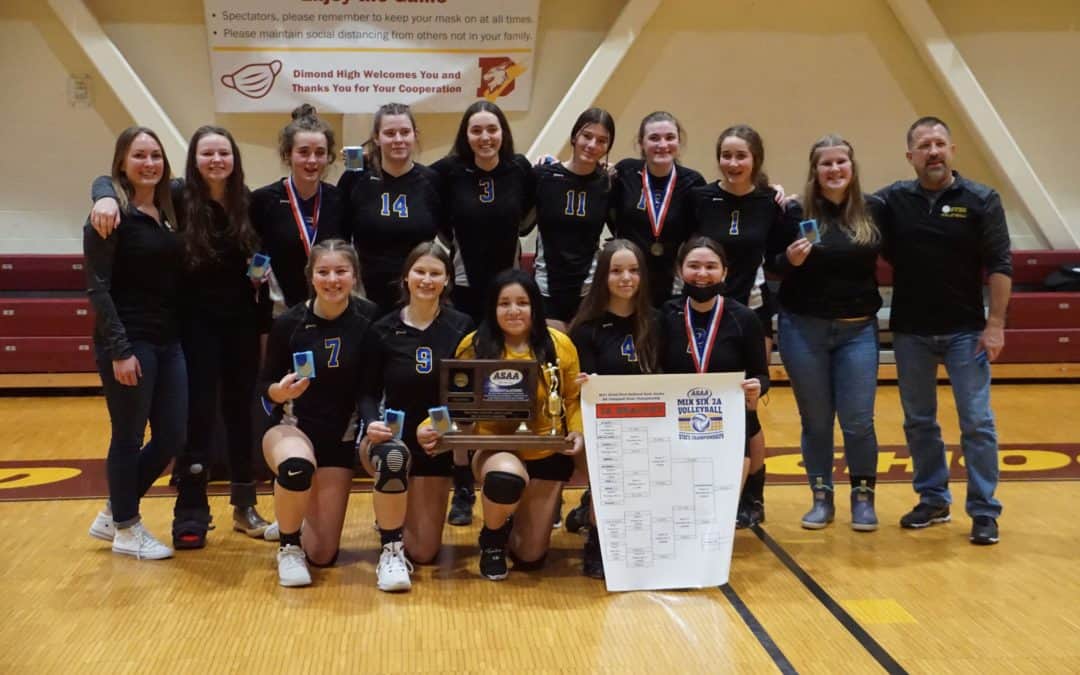 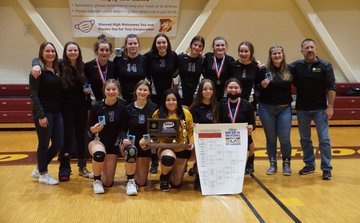 Unbeknownst to them, the Susitna Valley High volleyball players and coaches played a starring role in the 40th anniversary edition of the famed Talkeetna Bachelor Auction over the weekend.

“It happened Saturday and one of the guys working (the event) from the radio station sent me a text,” Su Valley veteran coach Chad Valentine. “Our scores were announced to quite the reaction.”

While the auction gala full of drinks and dancing continued its storied tradition of raising thousands of dollars and awareness for local women and children in need, the Rams did their part to ensure another banner will be hoisted in the school’s gym.

The team also finished second in 2018.

“We’ve been on that floor together a lot,” said Valentine, who’s coached at the school of 85 students for decades and currently coaches with daughter Noelle. “Our players knew what had to be done and it was really special watching them score the final few points.

“On the court or on the bench, everyone succeeded. It was a real accomplishment.”

“Alana is intense,” Valentine said. “She’s always focused on what she needs to do. While maybe not at her most productive during one of our matches (against Tri-Valley), she was good at the critical moments.”

Valentine said an early-season meeting set Su Valley on its championship run. Apparently, some missteps had the Rams beating themselves, a lot of unforced errors.

“We got together and laid out a game plan, centered on our strengths,” Valentine said. “That meeting was mentioned during state. The goal we talked about then was there, and it was time to get serious.”

The Tanalian Lynx of Port Alsworth won Saturday’s other volleyball state title at Dimond. They defeated Shaktoolik in four sets (25-27, 25-15, 25-5, 25-13) to claim the Mixed Six coed title for the state’s smallest schools.

The Lynx won their third championship in four seasons. They also finished second in 2020. The 13-year-old tournament featured 12 teams. 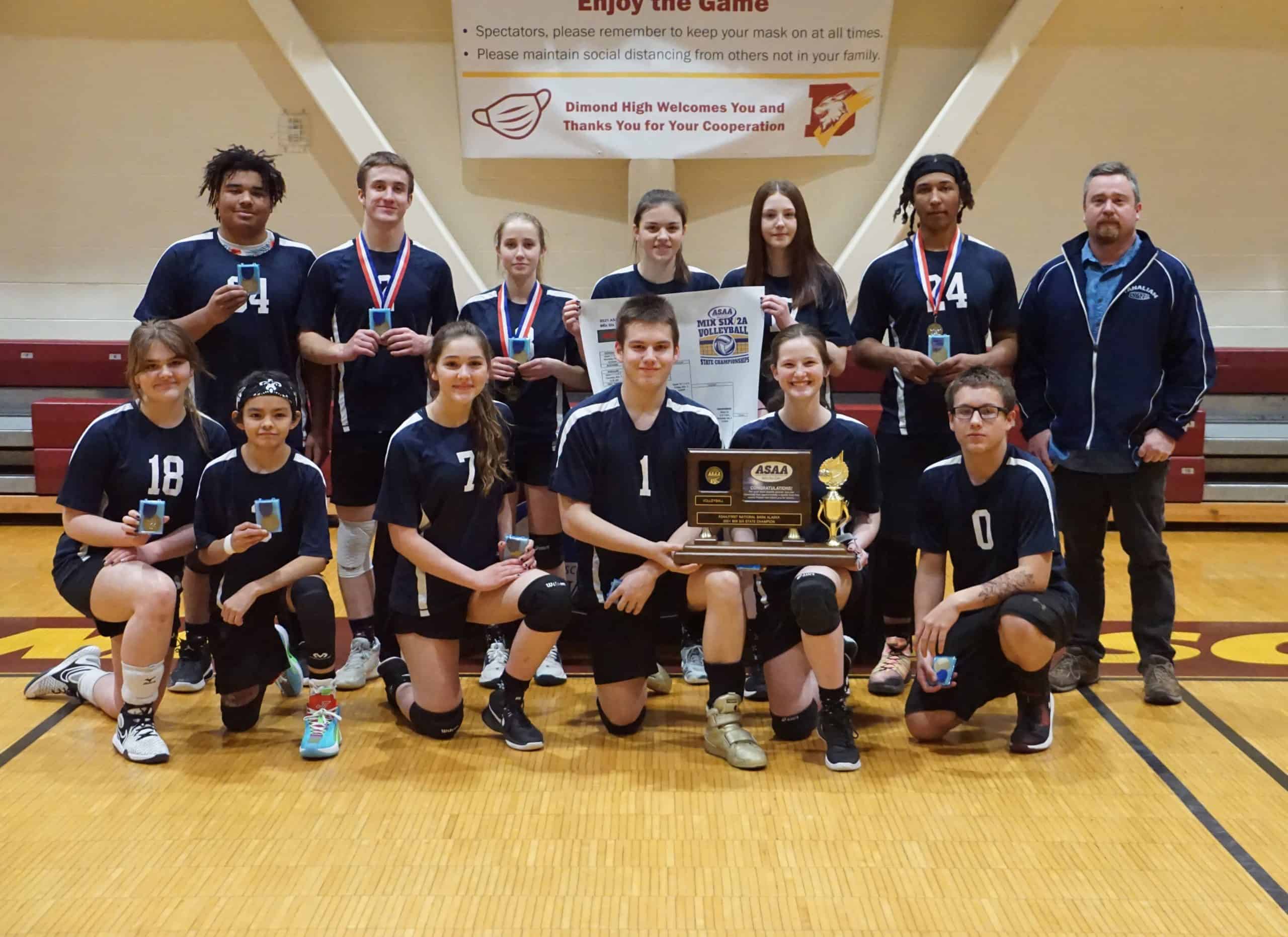