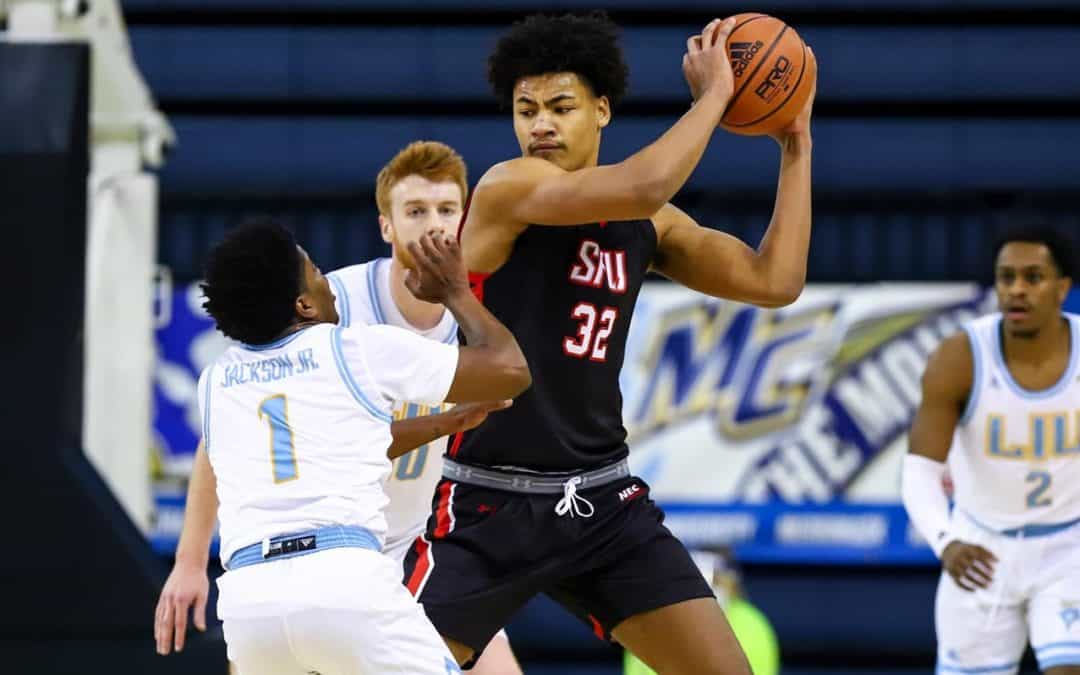 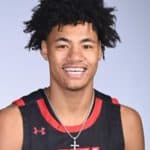 In need of a spark, the Saint Francis men’s basketball team turned to Anchorage’s Jeriah Coleman.

The Alaskan heated up in a hurry, igniting a first-half rally that carried the Red Flash to a 62-46 victory over previously unbeaten Northeast Conference frontrunner Merrimack.

Coleman played only 12 minutes but racked up seven points, four rebounds and three blocked shots. More importantly, his team was +27 when he was on the court, a true sign of his impact in this game.

The 7-footer was in the middle of an 18-0 run in the first half that turned the game upside down.

Merrimack came into the game on top of the league standings at 4-0 and immediately took an 11-1 lead. It was 13-5 when Coleman entered the game for the first time.

Sixteen seconds later his dunk inspired his team’s comeback. A minute later he buried two free throws. That was followed by a blocked shot, rebound, jumper and another blocked shot. 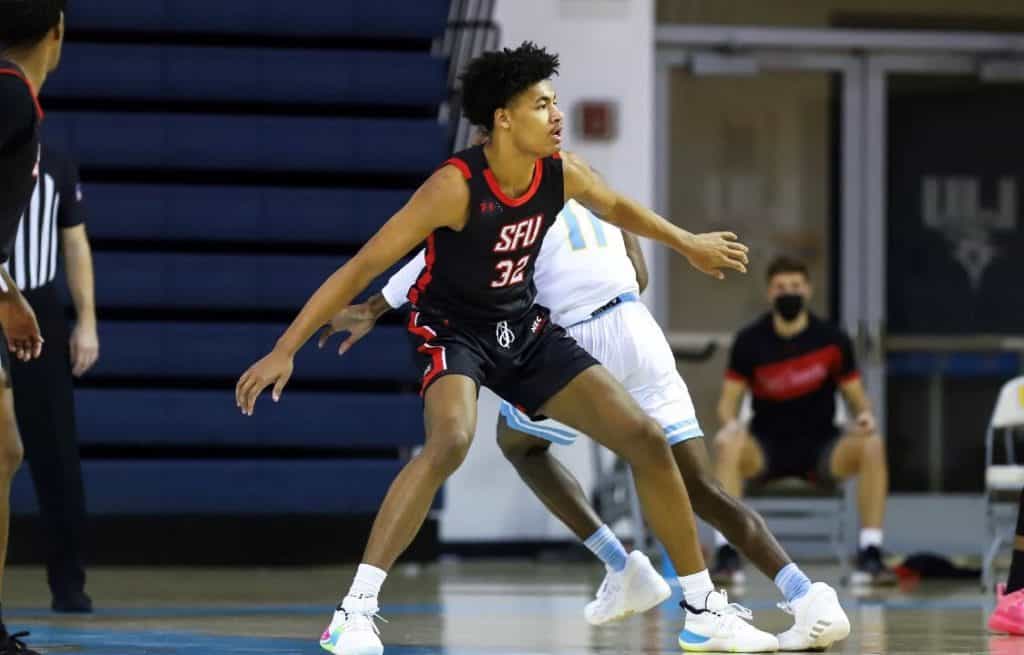 By the time he subbed out, Saint Francis was ahead 23-13. And the rout was on as the Red Flash maintained a double-figure advantage the rest of the way.

Coleman, of West High fame, was just as influential in the second half.

This performance continued a terrific trend for the sophomore big man, who seen his production skyrocket since his bump in playing time. Across the last three games he has averaged 5.7 points, 3.0 rebounds and 2.7 blocked shots in 12.7 minutes per game.