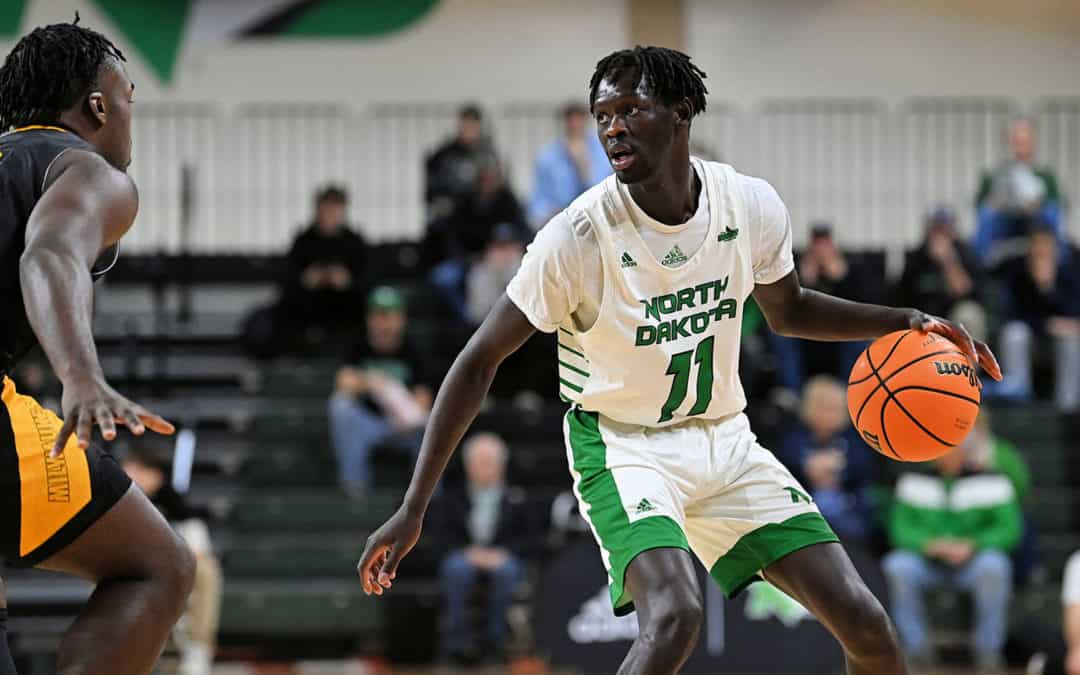 Anchorage’s Bentiu Panoam dropped in a season-high 18 points for the University of North Dakota in a 73-68 loss to Western Illinois in the Summit League.

The senior guard drilled 7-of-15 shots with a dunk and two 3-pointers to give him back-to-back games with double figures for only the second time this season in 18 games.

Panoam came out gunning and looking to score, netting nine points in the first half and taking a career-high 15 shots.

He nailed a 3-pointer to end the first half and buried another two minutes into the second half. Ninety seconds later his dunk pulled North Dakota within 41-34.

After seeing his team fall behind by as many as 16 points in the first half, Panoam had the Fighting Hawks within seven. His energy is contagious.

Panoam, of Bartlett High fame, played a season-high 36 points. Hopefully we’ll see more of him, and more of the magic he displayed last season during his breakout campaign when he averaged 9.4 points per game. This, after he averaged just 2.9 in his first 35 games with the NCAA Division I team.

His 18 points are tied for the fourth-highest, single-game total in 71 career games.

A year ago, Panoam scored 25, 22 and 19 points in the span of a week in one of the greatest surprise scoring stretches by an Alaska college player. Just consider he had gone scoreless in 20 of his previous 48 games to that point.