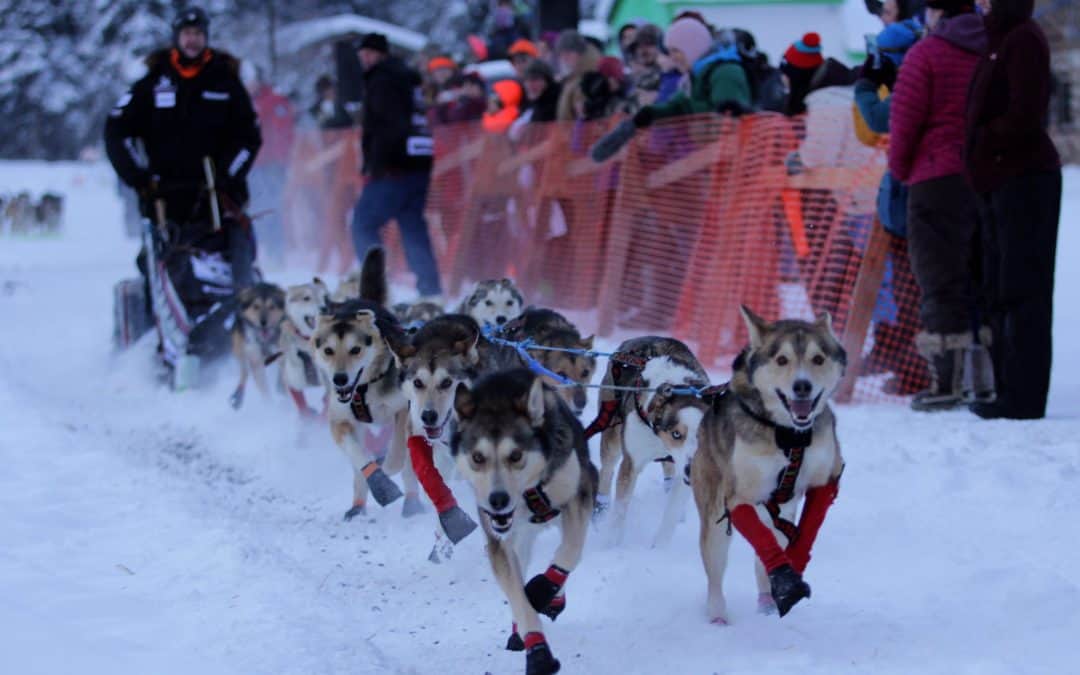 More than halfway through a frigid Copper Basin 300, Brent Sass, Joar Ulsom and Paige Drobny were locked in a tight race Sunday evening in the first major mushing race of the season.

Temperatures at Saturday morning’s start in Glennallen were about minus 35 Fahrenheit and dipped even colder early Sunday morning at the Sourdough Creek Checkpoint (Mile 130).

“It is minus 52 Fahrenheit. Everything is coated in ice crystals,” Kale Casey reported in a Facebook video. Casey is following the race as a reporter and handling for Drobny’s Squid Acres Kennel.

After a break of 6 hours and 12 minutes, Sass departed Meiers Lake at 6:34 p.m. Sunday with a narrow lead. He’d taken 14 of the 18 hours of total rest required.

The daughter of a mushing legend is also participating in her first 300-mile race.

Tekla Butcher-Monson was in 10th place Sunday evening. Her mother Susan Butcher won four Iditarods (and the Copper Basin in 1991 and 1992) before dying of leukemia in 2006. Among her race supplies, Tekla Butcher-Monson is using the ax her mother brought with her during her Iditarod victories.

Attrition hit the Copper Basin hard in terms of participants. Originally more than 40 mushers were signed up but only 21 were listed on the race-day roster and just 19 started. Four-time defending CB300 champion Nic Petit withdrew Saturday morning after his vehicle couldn’t deliver him and his dogs on time.

Martin Buser, a member of the Alaska Sports Hall of Fame, was the first to drop out on Saturday after reaching Tolsona Lodge checkpoint 45 miles into the race.

As of Sunday evening, 17 mushers were still on the trail.

After leaving Meiers Lake, the mushers will travel approximately 70 miles to the final checkpoint at the Red Eagle Lodge in Chistochina. From there, they’ll complete the loop course with a 50-mile trip back to Glennallen at the junction of the Glenn and Richardson Highways, where the winner is projected to arrive Monday afternoon.

For more information, and to access the TrackLeaders live timing, visit www.cb300.com.