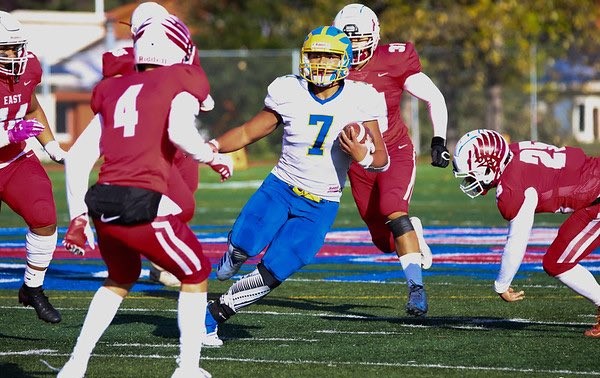 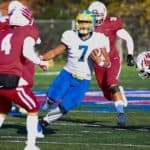 Anchorage’s Niko Alailefaleula has accepted an invitation to attend the Polynesian Bowl National Combine and Showcase in March in Las Vegas, Nevada.

The Class of 2023 all-conference playmaker out of Bartlett High will participate in a scouting combine and 7-on-7 showcase, hoping to put his name on the map.

“If I do good in the camp and perform well next season, I might have a chance to play in the Poly Bowl next year,” Alailefaleula said.

Anchorage’s Brandon Pili (Dimond) was the first Alaskan to play in the Poly Bowl in 2017.

That year, Pili announced his college decision live on ESPN – well, he didn’t announce it so much as put on a USC hat to signify his intention to play in the Pac-12.

Alailefaleula is hoping the Vegas combine can catapult him into the good graces of college coaches.

“This camp is a very big opportunity for me to showcase my talents and compete with other kids from other states,” he said. “It’ll also help me get my name out there.” 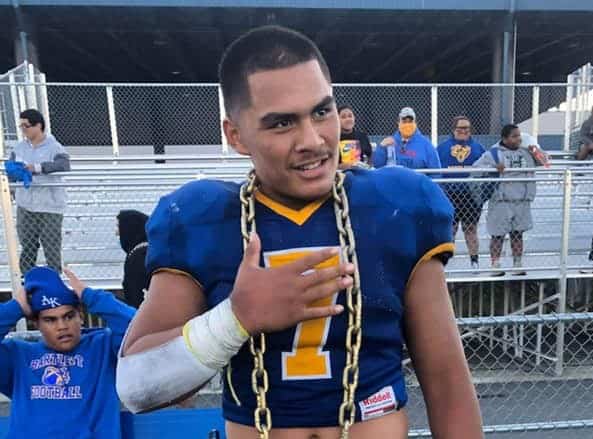 The 5-foot-11, 230-pounder was a 2021 first-team All-Cook Inlet Conference running back and second-team linebacker for Bartlett.

“I see myself playing linebacker in the future, but it can change in any moment,” he said.

Alailefaleula owns a 3.2 grade-point average, so he’s the total package.

Now he just needs to perform well in front of the college coaches.

“I’m preparing myself to get ready for those drills and I feel like if I keep doing what I’m doing, I will perform pretty well,” he said.

Even though he won’t play in a normal football game, he will still make football plays in the 7-on-7 showcase.

“It may not have hitting or blocking but it takes a lot of skill to run routes, good throws, how to cover and catching the ball,” he said. “It’s also very competitive just like a regular football game.”

The Alailefaleula name should ring a bell for Alaska football fans. His father Tui was Alaska’s Defensive Player of the Year in 2000 on his way to earned All-American honors and signing with the University of Washington. 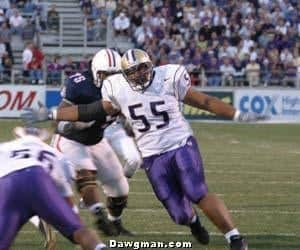 Tui Alailefaleula played in 40 career games for the University of Washington from 2001-05.

Over his career with the Huskies, Tui started on both the defensive line and offensive line, and is one of two dozen Alaskans to play at least 40 games at the NCAA Division I level.

“Living up to my dad’s name is pretty big,” Niko said.

He feels pride, and pressure.

“Some people say I won’t be good as him, but it only motivates me to work harder and prove everybody wrong,” Niko said, “to show that I’m capable of doing what my dad did successfully and making a name for myself.”

Family and football go hand in hand in his household, and he wouldn’t have it any other way. He knows how lucky he is to have a father like Tui.

“I’m very grateful for my dad,” Niko said. “This journey I’m on, he’s there every step of the way. He teaches me the ways of football but also how to be a good person.”