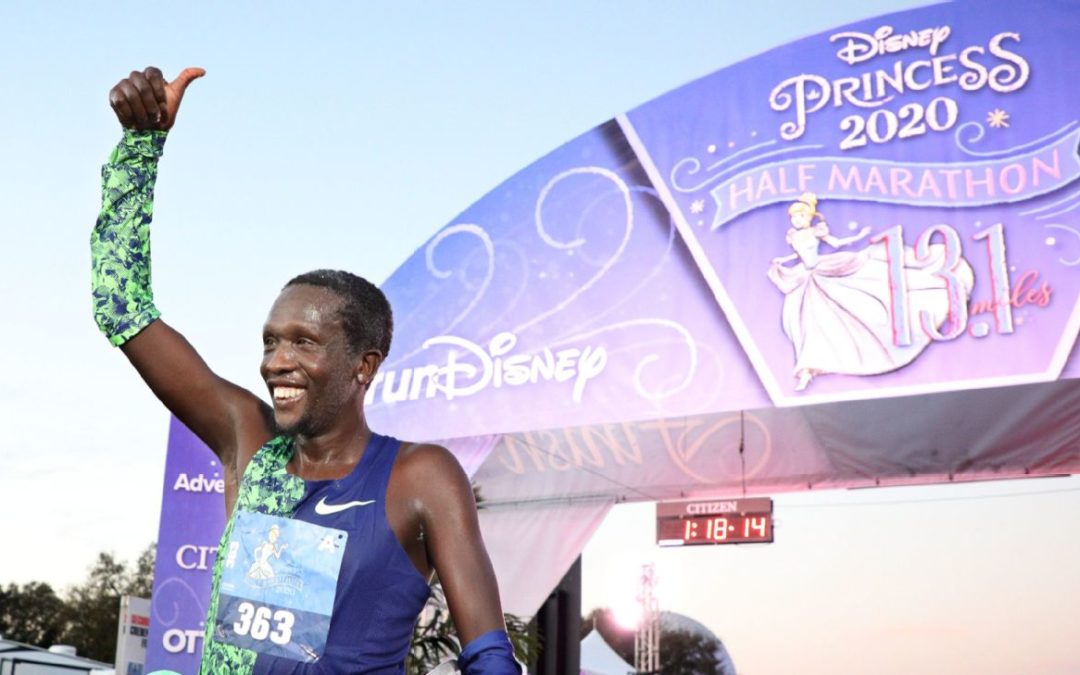 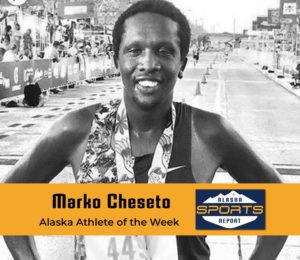 Marko Cheseto was named our Alaska Athlete of the Week after his record-setting performance this past weekend.

Running through heat and humidity, the former Alaska resident set a world record for the fastest half marathon for a double amputee.

Cheseto, 38, finished the Gasparilla Distance Classic in Florida in 1 hour, 16 minutes and 58 seconds to shave seven seconds off the previous record.

“I pushed harder than I ever have at the end of any race in my life,” he said after the race.

Cheseto, a former All American runner at University of Alaska Anchorage, lost both of his legs below the knees due to severe frostbite in 2011. He speaks often about his experiences overcoming adversity and uses his success as post-amputee runner as a platform to inspire others.

“When people see me running, I hope it inspires people. I think maybe if people see someone running with no feet, they might think. What’s my excuse?”