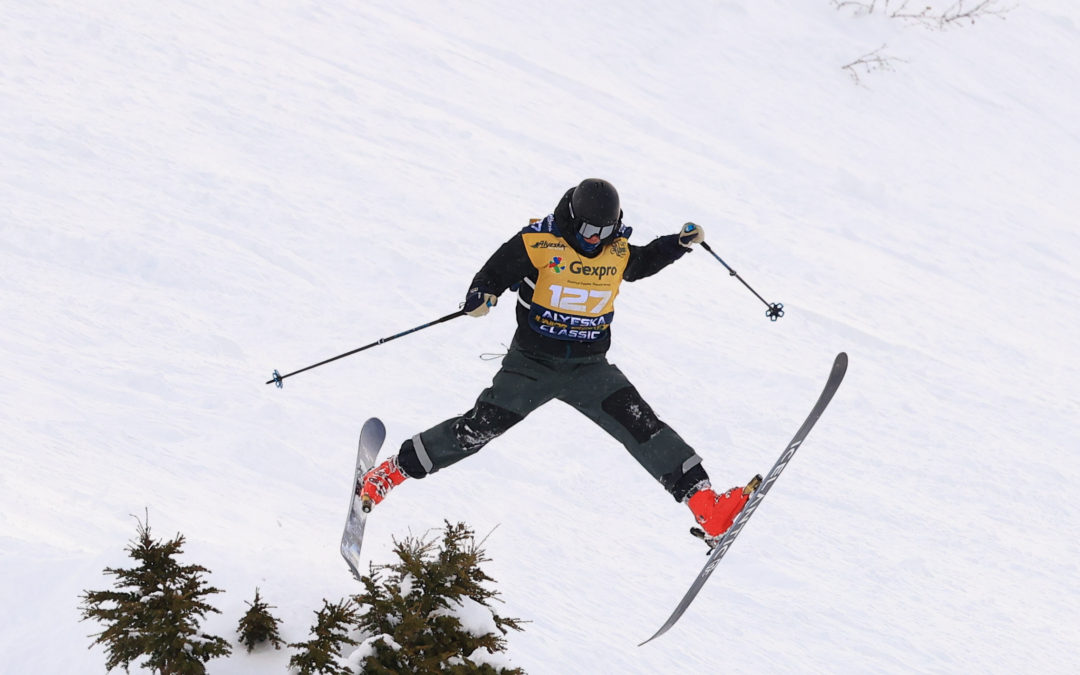 One day before a major freeride skiing competition in Girdwood was scheduled to start, Cameron Hoessle sat on the waitlist in racer limbo.

Then, after another skier’s cancellation, the call finally came that he’d get to compete. 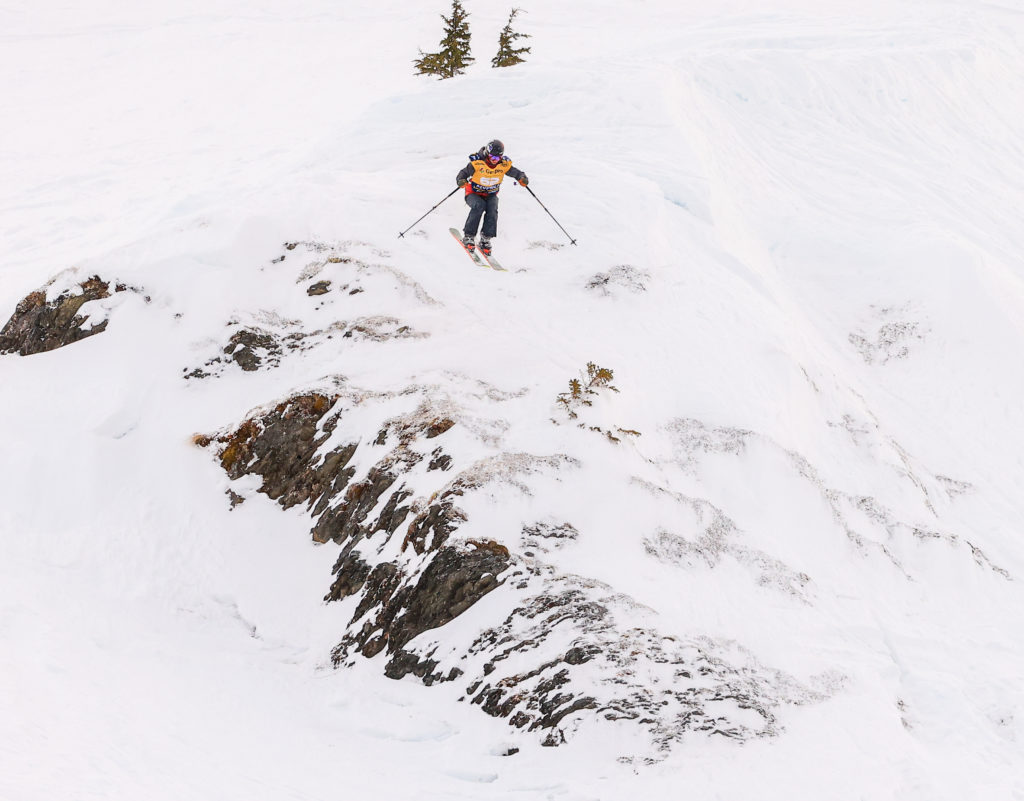 Reed Naspinsky, 16, of the Alyeska Freeride Team gets big air off The Flying Cow run. Photo by Jonathan Gurry

“He arrived (at the) last minute and had not thought much about (the competition) in preparation,” event volunteer Megan Olson said. “Instead, he approached the event with an attitude of having fun, making it to finals, and ‘going big.’”

Mission accomplished for Hoessle, one of 45 Alaskans among 140 junior athletes at the competition March 16-19 sanctioned by the International Freeskiers and Snowboarders Association. 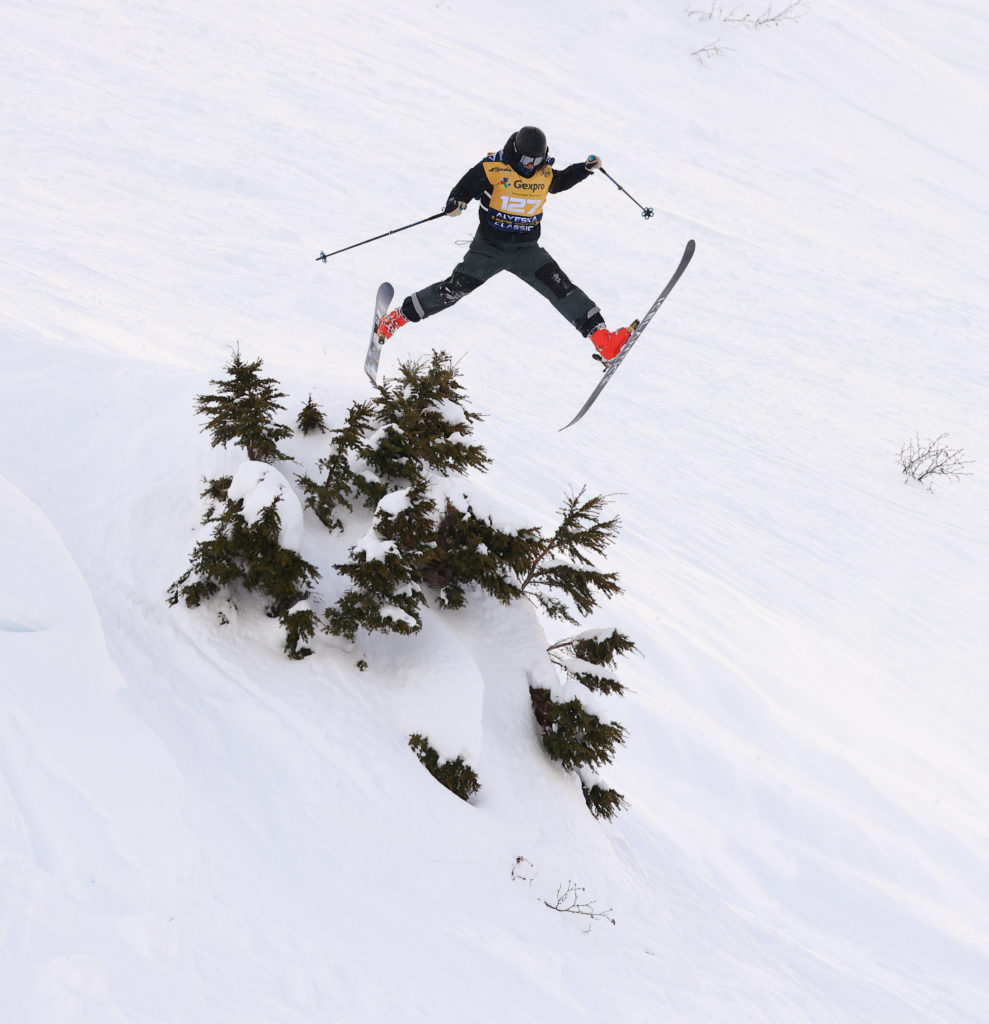 Unlike in alpine skiing, freeride skiers are free to create their own line and aren’t required to followed a set course with gates. Junior skiers and snowboarders from across the U.S. showcased their steep downhill skills and were critiqued by judges on their choice of line, technique and control, fluidity of their runs, and style and energy as they descended 1,000 vertical feet of the North Face, Olson said.

Hoessle had plenty of company among Alaskans who excelled, including fifth-place Chance Newell in his division.

A skier since age 4, Porter, with 59.63 points, finished just two-tenths of a point behind the winner from Team Palisades Tahoe.

In the female age 15-18 division, Kikken Schleusner of Anchorage took fourth after two solid runs. She was the first girl to join the freeride team in 2016.

“Her favorite venue is The Knuckles chute on North face because almost no one else has had the opportunity to ski it recently, aside from the athletes this weekend,” Olson said.

Meanwhile, the giant slalom scheduled for Thursday was postponed to Friday.