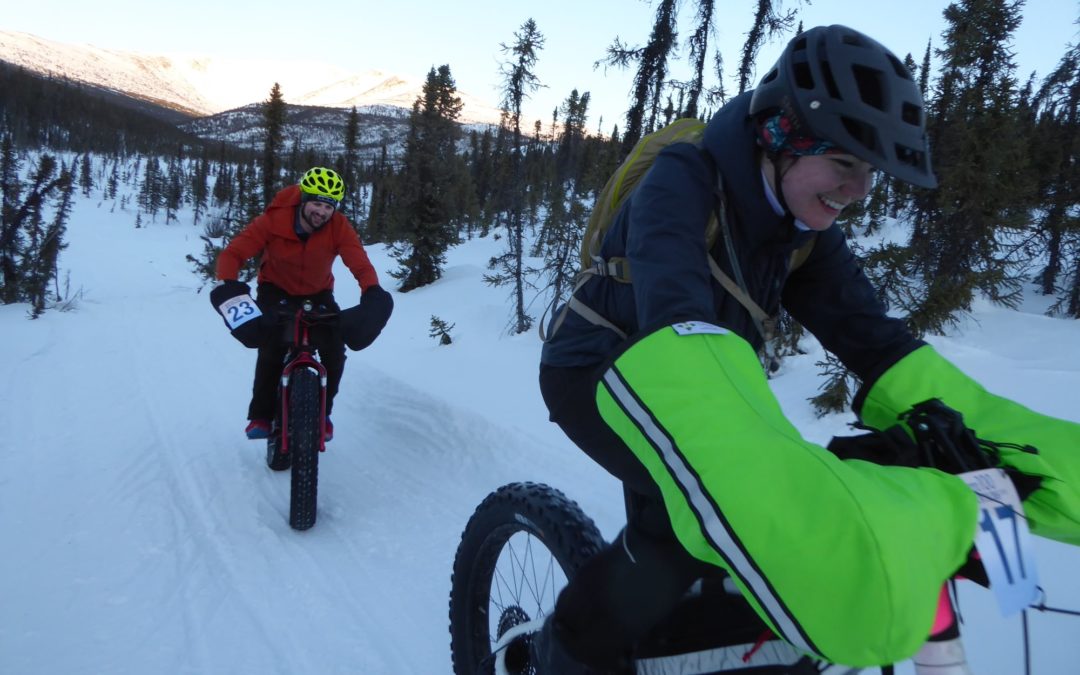 For some bikers at the White Mountains 100 north of Fairbanks, “trench warfare” made for tough conditions and a slower than usual trail.

“The trenches really tore me up,” said Chad Carroll, a race rookie and former Fairbanksan now residing in Bend, Ore. “I went over the handlebars at least 12 times. Many of those snow angels you saw on the side of the trail were mine.” 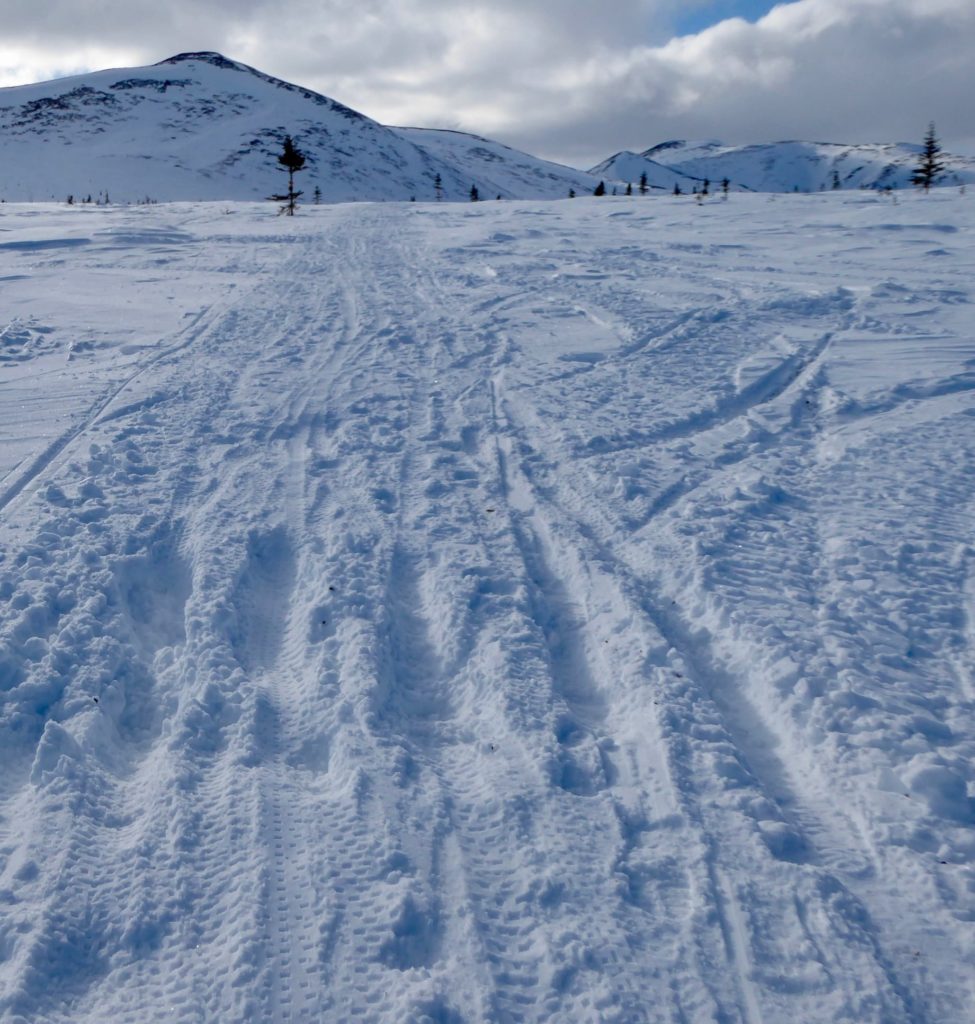 The Trenches. Photo by Ned Rozell.

The “trenches” Carroll referred to were ruts formed when fat bikers rode through drifted and loose snow, a side effect of recent winds and the biggest snow year in three decades.

Tyson Flaharty didn’t seem to mind. The 34-year-old Goldstream Sports manager and mechanic outdueled Miron Golfman of Anchorage en route to his third WM100 victory in 9 hours, 19 minutes (Golfman finished in 9:28). Flaharty gained a lead of several minutes about two-thirds of the way through the 100-mile race, only to see Golfman erase the deficit. It wasn’t until less than 10 miles remained that Flaharty regained the lead for good. He then powered away from Golfman on the infamous “Wickersham Wall”, which climbs about 750 feet in three-quarters of a mile.

But Flaharty wasn’t done after 100 miles. Following the hard effort, Flaharty regrouped and then rode the hilly, looped course a second time, something he’d talked about attempting for years but never had the gumption to follow through on. 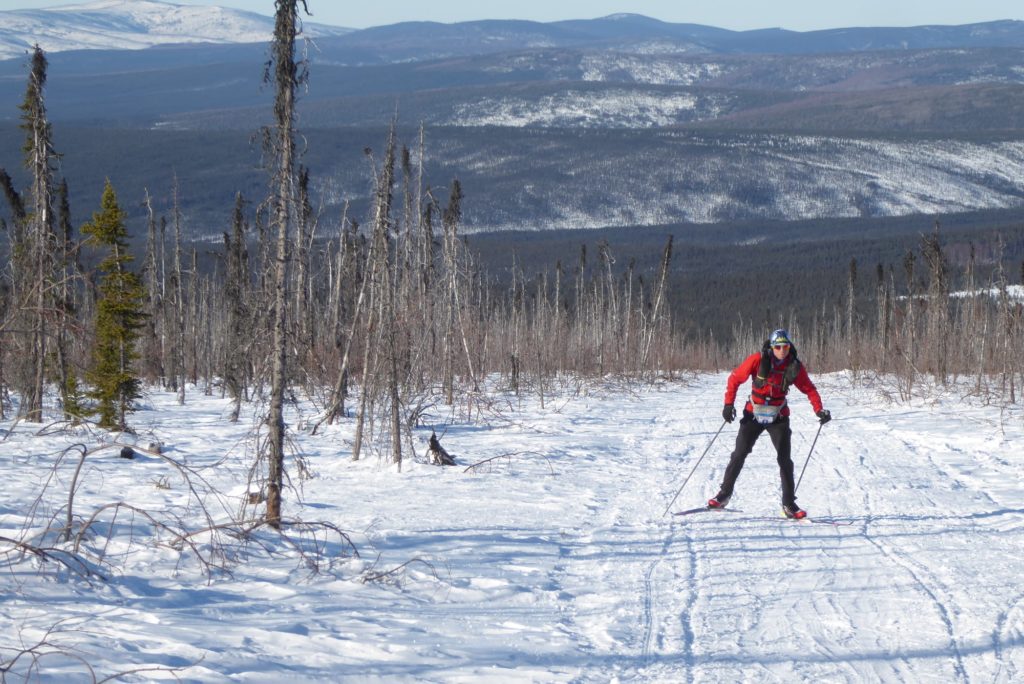 Flaharty’s second round was done in a different style as he toured the route officially in 29:44 with a long break at the Windy Gap cabin. He was actually on the course a little less than 20 hours, but his official time started at 8 a.m. Sunday, not when he set out for his second loop.

Round 2 was quite a contrast from his typical style of blitzing the course with nary a break.

“I questioned the idea for awhile last night,” Flaharty said on Facebook about his second lap. “But after I got to Cache (Mountain halfway through) I found my groove and it was pretty great.”

Although there was plenty of fast and firm trail, the less-than-ideal bike conditions, despite relatively warm temperatures, ample snow and clear, sunny skies, meant no records were broken in the race’s 11th running, which returned after a two-race hiatus due to the pandemic. 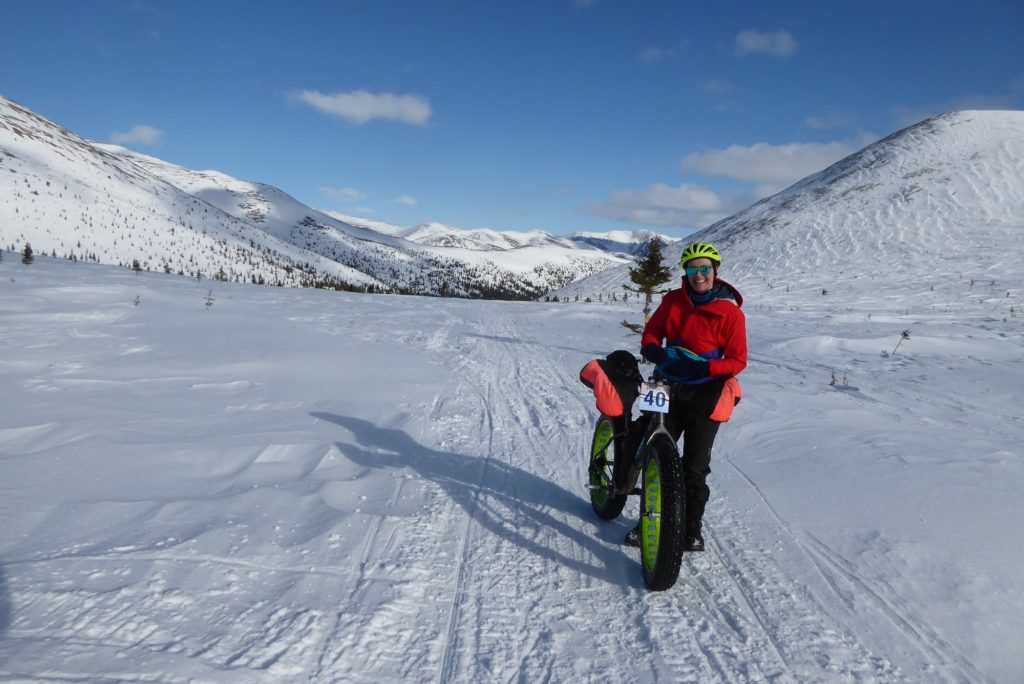 In her first White Mountains attempt, Ana Jager finished in 10:59, a full 85 minutes in front of three-time champ Amber Bethe. Perhaps that shouldn’t come as a surprise: Jager’s brother, Luke, is a 2022 Olympian in Nordic skiing and her father, Jim, still holds the ski record at the Iditarod Trail Invitational.

The top 29 finishers all rode bikes, making clear the distinct advantage wheels have over skis and running shoes.

No one was surprised that Fairbanks phenom Shalane Frost won her sixth straight women’s ski title in 13:34. That earned her a 71-minute win over men’s champ Jeremy Vandermeer and her first outright victory over all the guys. The only goal Frost didn’t achieve was breaking her own women’s ski standard of 12:42 from 2019.

The skiers were aided by good glide in the near-freezing afternoon temperatures that allowed some to shed their hats and roll up their sleeves. And they weren’t bothered much by the trenches and loose snow that surely slowed the hardy runners. 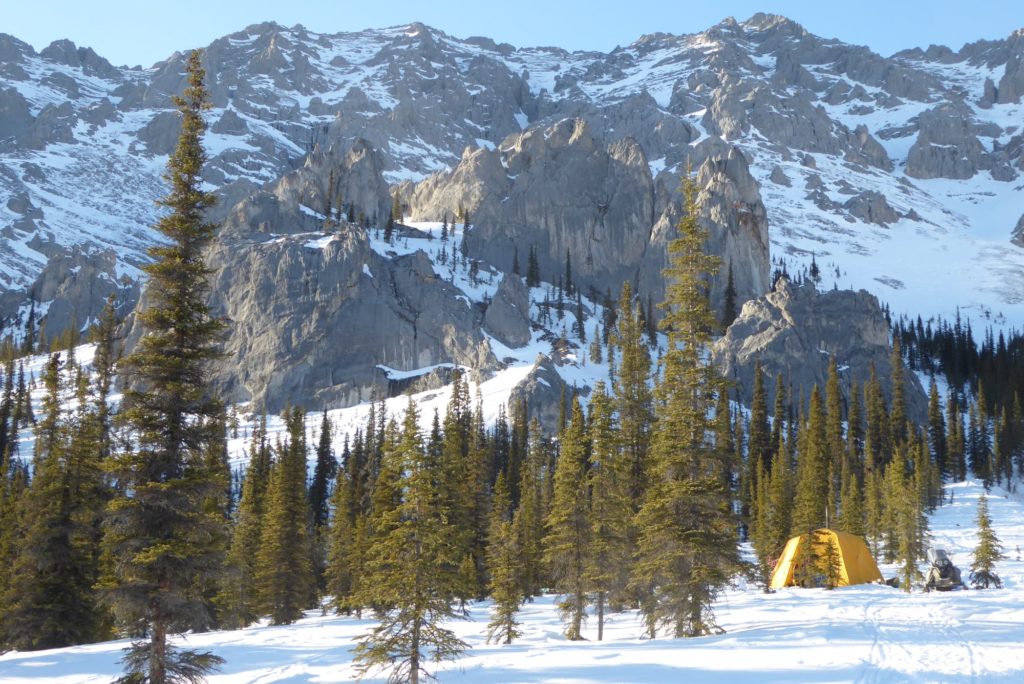 Race support campsite along the course. Photo by Ned Rozell.

In the women’s footrace, Jan Tomsen of Denali Park edged three-time champ and endurance legend Laura McDonough of Anchorage by 13 minutes, finishing in 27:18 after being out all night and most of the following morning.

Austin Canning of Eagle River got off a little easier, crossing the finish line at the Wickersham Trailhead just before 7 a.m. in 22:44.

The biggest milestone, however, went to Melanie Vriesman, who became the first woman to complete the “Triple Crown” by recording a finish in all three disciplines: biking, skiing and running. She pedaled across the line in 18:57 and was followed 10 minutes later by Ned Rozell, who became just the fifth athlete to complete the trifecta, although not before getting a foot wet in overflow on Beaver Creek. 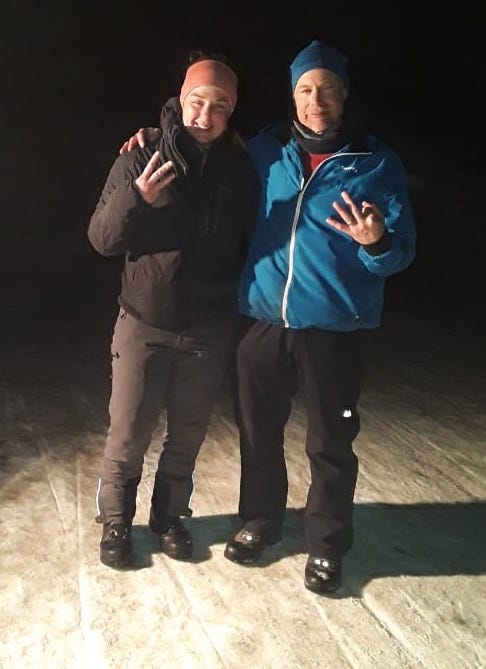 Vriesman and Rozell holding three fingers up to denote their triple

Meanwhile, Jordan Hendry, the former Alaska Nanook hockey player who won the Stanley Cup with the Chicago Blackhawks in 2010, held his own by finishing 40th in 14:58 despite anaerobic hockey being at the opposite end of the heart-rate spectrum from endurance biking.

Bringing home the red lantern as the 79th and final finisher was Alexandria Manley of Fairbanks in 37 hours, 8 minutes.