Around The Rinks: Jeremy Swayman, Alec Butcher and Kenny Hausinger stay alive in playoffs; end of the line for Cam Hausinger

Jeremy Swayman and the Boston Bruins live, for at least two more days.

Swayman, the 23-year-old rookie masked man from Anchorage, stopped 23 shots Thursday night to support a 5-2 win over the Carolina Hurricanes and force Game 7 in Raleigh on Saturday.

Swayman is getting quite the indoctrination into the cauldron that is the NHL’s Stanley Cup playoffs, where being the last team standing means lifting the silver chalice that reduces the most grizzled of men to tears. Losers cry a river too – they’ve dreamed about the game’s ultimate prize since childhood. The margin between victory and defeat can be skate-blade thin. The pressure is piercing – and exhilarating.

So Swayman, who Thursday made his fourth straight start, something he never was asked to do in his first full season in the world’s best league, gets another chance Saturday to extend the dream.

After Swayman’s co-conspirator, Linus Ullmark, lost Games 1 and 2 in Raleigh, the Bruins turned to Swayman. He helped win Games 3 and 4 on home ice – the home team has pocketed all six games in the series – before a Game 5 defeat.

Meanwhile, a few other Alaskans remain alive in the quest for the ECHL’s Kelly Cup – you may have heard of the Cup because, you know, the Alaska Aces (RIP) hoisted that hardware three times.

Anchorage’s Kenny Hausinger and the Reading Royals fell 5-1 Thursday at Newfoundland, yet they still lead the North Division Finals 3-2 entering Game 6 Saturday in Pennsylvania. Hausinger had three shots on goal and owns 3-4—7 totals in 11 games.

Kenny’s younger brother, Cam, and the Wheeling Nailers hit the end of the line Thursday in a 3-1 loss to visiting Toledo that earned the Walleye a sweep of the Central Division Finals. Cam led Wheeling in goals and points with 9-1—10 totals in 10 games, and he also unloaded 35 shots in the postseason. 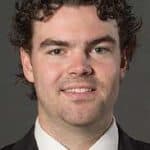 Anchorage’s Alec Butcher on Wednesday night scored his first goal of the playoffs and helped the Rapid City Rush avoid elimination for the second straight game with a 3-0 home-ice win over the Utah Grizzlies. That cut Utah’s series lead to 3-2 entering Game 6 Monday in Salt Lake City. After a slow start in the playoffs – zero points in the first four games – Butcher has regained some of his groove with 1-4—5 totals in the last 10 games.

The Rush also include Tanner Schachle of Wasilla, who hasn’t played in the postseason. The Rush are coached by former Aces captain Scott Burt, who lifted the Kelly Cup three times (Aces, 2011; Idaho Steelheads, 2007 and 2004). He is only one of six people to have his name engraved three times on the Kelly Cup.