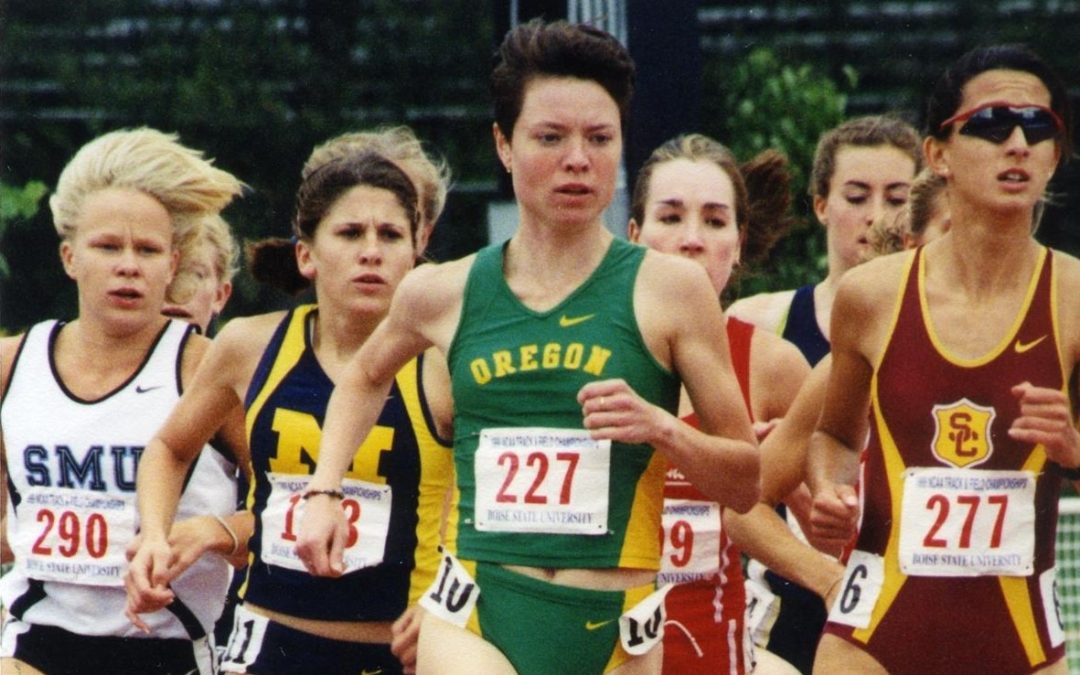 Anchorage’s Kaarin Knudson was a remarkable runner for the University of Oregon from 1994 to 1999 as she earned eight letters and competed eight times at the NCAA Championships.

A two-time All-American in track and field, she was a seven-time NCAA qualifier for the Ducks and was a member of Oregon’s 1995 Pac-10 championship cross country team.

In 1995, the Ducks won the West Region title and finished fifth at the NCAA Championships.

In 1999, she was part of a school record in the distance medley relay and earned All-American honors in the indoor mile.

Knudson, of Dimond High fame, won the 1999 Jackson Award as Oregon’s most outstanding senior woman. She was also a candidate for the NCAA Woman of the Year.

The two-time academic All-American and six-time Pac-10 all-academic honoree graduated from Oregon with a degree in journalism and fine arts in 1999, and then earned her master’s degree in architecture from the UO in 2007.

Knudson was a dominant distance runner in high school – winning two state cross-country championships as well as the 800 and 1,600 meters in track.

Friday Flashback is a series created by Alaska Sports Report editor Van Williams that looks back on great Alaska athletes from the past.