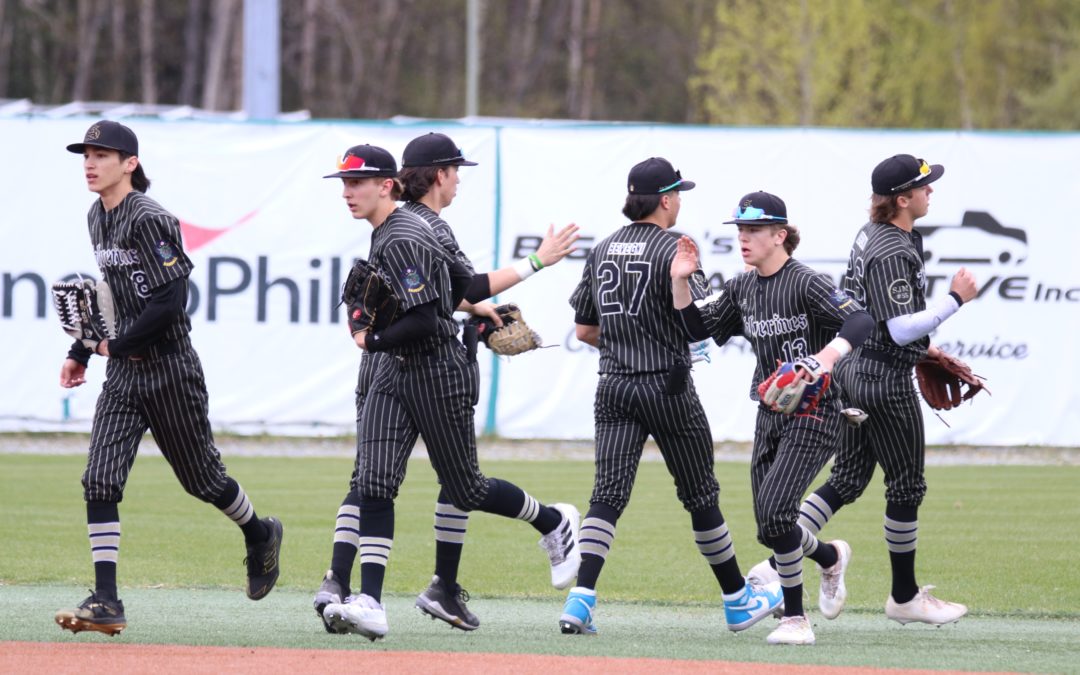 On a night when his team’s bats were silent, South pitcher Gavin Partch put the Wolverines on his back and carried them to victory as the streak carried on.

Partch threw a 3-hit shutout with five strikeouts to highlight a 1-0 victory over Juneau-Douglas in the the CIC-Southeast Challenge at Mulcahy Stadium, pushing South’s state-record winning streak to 33 games.

The Wolverines haven’t lost since 2019 and hadn’t played a one-run game in 370 days before today as they’ve held a stranglehold on Alaska baseball. 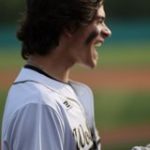 South has ended early 19 games over the last two seasons because of the mercy rule, so blowouts are the norm. Tonight’s game was different, though, as the teams were scoreless through the first three innings.

It’s almost shocking to see South in a competitive game these days since only four of its last 33 have been decided by two runs or less.

“We get kind of surprised when we get punched in the gut, but we always find a way to battle through and I think that says a lot about our team,” said South senior Curtis Hebert.

The Wolverines (15-0) scored the game’s only run in the fourth inning after two-hole hitter Carson Maltby doubled down the left-field line and scored on a throwing error after he was taking third base on a wild pitch and the catcher’s throw sailed into the outfield.

It was the definition of a tough-luck loss for Juneau pitcher Eli Crupi, who held the state’s most prolific offense to just three hits and an unearned run over six innings.

“He pitched really well,” Hebert said. “He was getting ahead in counts and he had his curveball going. It was fun to see a pitcher really grind like that against us.” 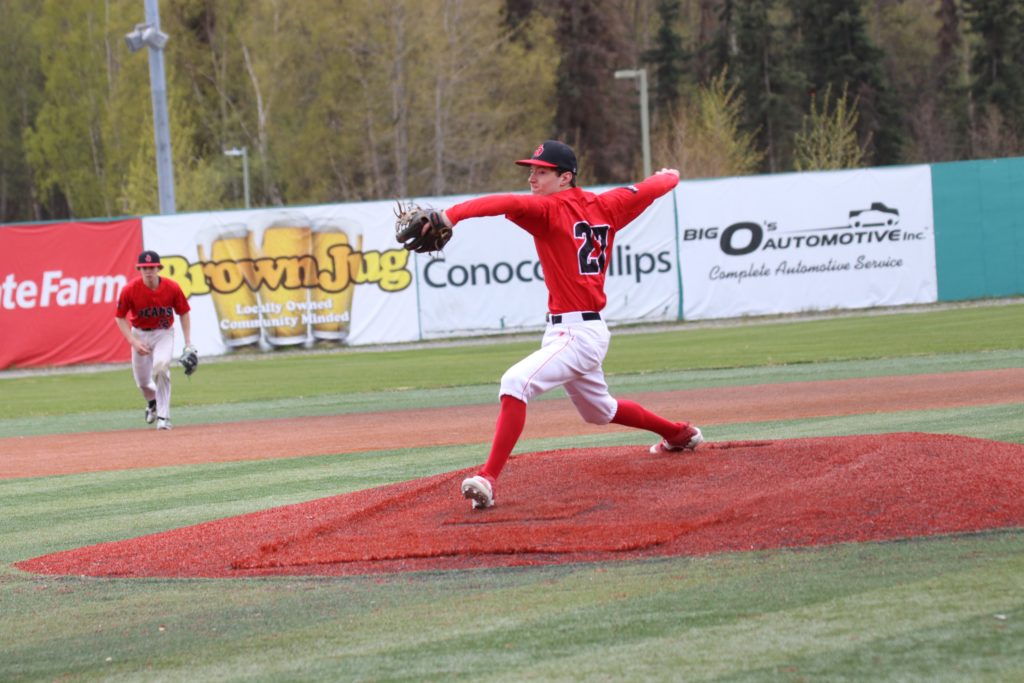 Crupi was good, Partch was better. But just barely.

He threw 91 pitches over seven innings and allowed only two baserunners to reach second base. Partch retired 10 straight at one point and didn’t issue a base on balls until the fifth inning.

“He was hitting his spots. Fastball was pretty much where he wanted it, anytime he needed it,” said Hebert, his battery mate. “Curveball was working, getting a lot of swing and misses.”

Partch never faced more than four batters in any of his seven frames, getting a caught stealing in the fifth inning and a 4-6-3 double play in the sixth inning. 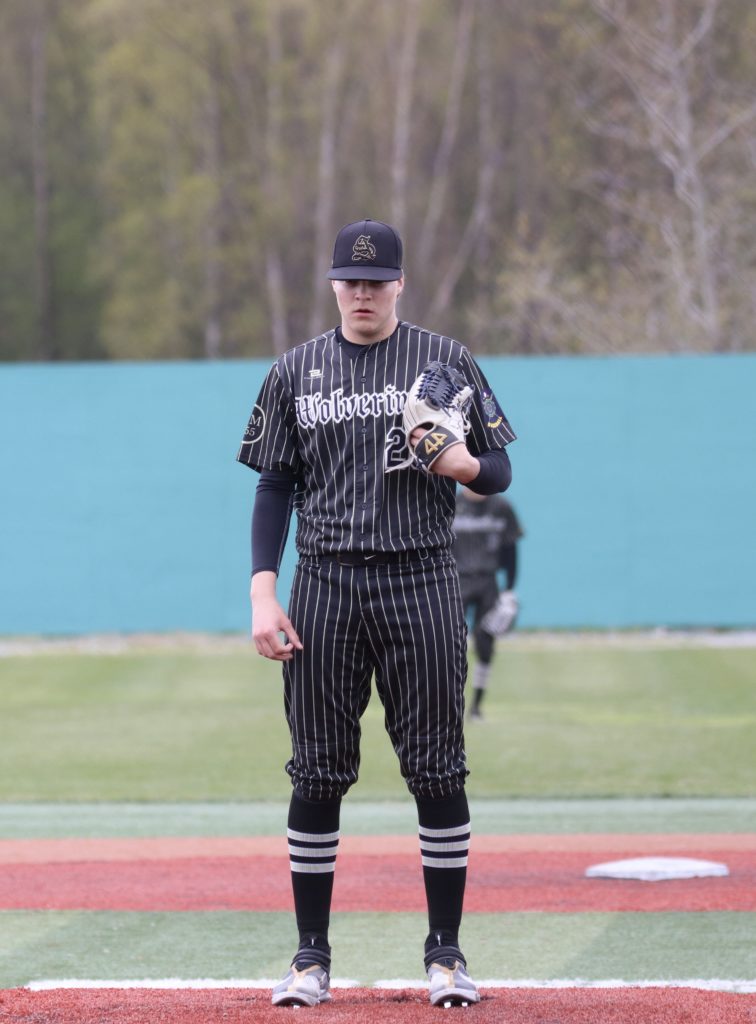 Hebert showed off his cannon arm behind the plate with a frozen rope to nail a baserunner trying to steal second base. The throw was a thing of beauty.

“It was one of the first times people have stolen on me this season and so it’s always fun when people try to run on me,” Hebert said.

Hebert – the MaxPreps Alaska Preseason Player of the Year – is like an elite cornerback on the football field. He is seldom challenged. But when he is, and he unloads a throw to get a guy by a country mile, it reminds you why few baserunners try to steal on him.

“It always gets me going when I throw somebody out. It’s fun,” said Hebert, who has signed with the University of Portland. “You get to kind of have your moment.”

In the nightcap of the CIC-Southeast Challenge at Mulcahy Stadium, the Eagle River Wolves belted out 12 hits and got a three-run home run from Noah Lower in a 16-1 victory over Juneau.

Lower finished 2-for-4 with four RBIs and demolished a ball over the left-field wall in the fourth inning. It was a no-doubter off the bat.

Wolves @LowerNoah gets his first HR of the season in last nights win over Juneau Douglas HS. Noah went 2 for 4 with 4 RBIs @ATCCBaseball @AKLegionBB @AKSportsReport pic.twitter.com/mqBxW0iAMR

Karson Kolberg and Liam Lierman each had two-run singles.

Juneau center fielder Porter Nelson made a beautiful catch on a diving, sprawled-out play to rob Lierman of extra bases in the third inning. Lamar Blatnick scored his team’s only run in the fifth inning after reaching base on a dropped third strike and scoring on a fielder’s choice.

This was Juneau’s first-ever trip in the month of May to Anchorage, said coach Chad Bentz. The Crimson Bears are regulars at the ASAA state tournament in June, but this trip was added because they had an off weekend. The team arrived in town this morning and will depart back to the capital city Saturday night after its afternoon game against Dimond.