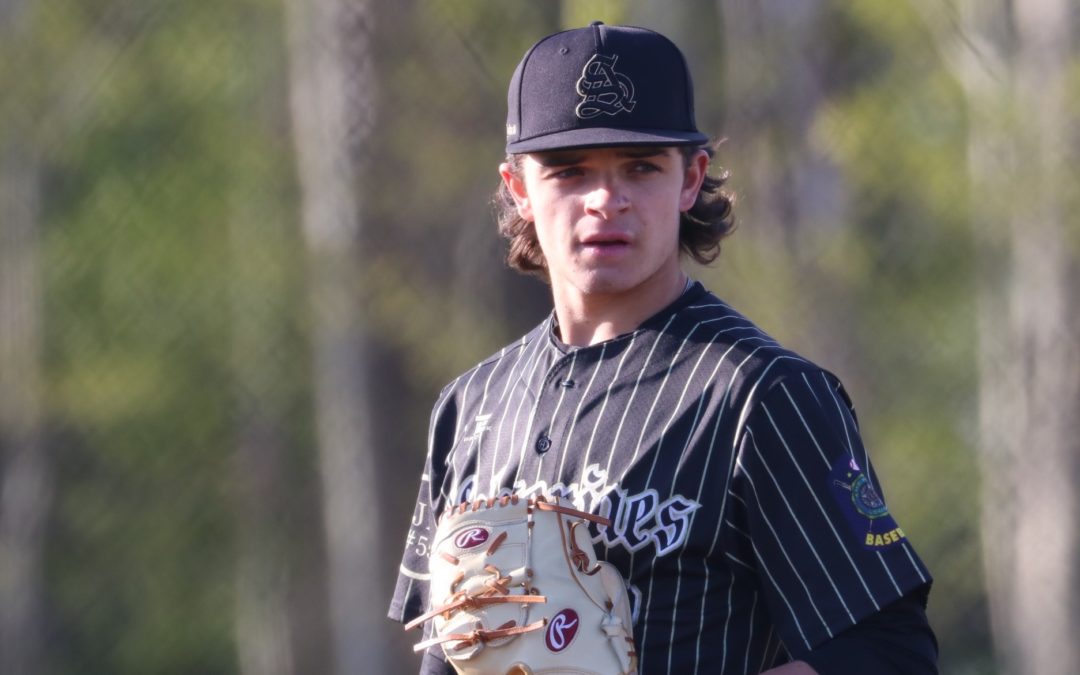 A no-hitter was just about the only thing the South baseball team hadn’t accomplished during its 36-game winning streak.

The senior right-handed pitcher threw the third no-no in school history and the 15th in the Cook Inlet Conference since 1994, needing 105 pitches to record 21 outs in a 6-1 non-league victory over Wasilla in the Valley.

“I was feeling good and I knew I have a great defense behind me, which gave me a lot of confidence to pitch the way I did,” said Hebert, who is headed to the University of Portland.

Hebert racked up 11 strikeouts, five groundouts and five flyouts in his complete-game gem to record the first South no-hitter since Jonny Homza in 2016.

“I have a lot of confidence in my fastball and I was throwing it well,” Hebert said. “And I had my slider working pretty well when I needed it.” 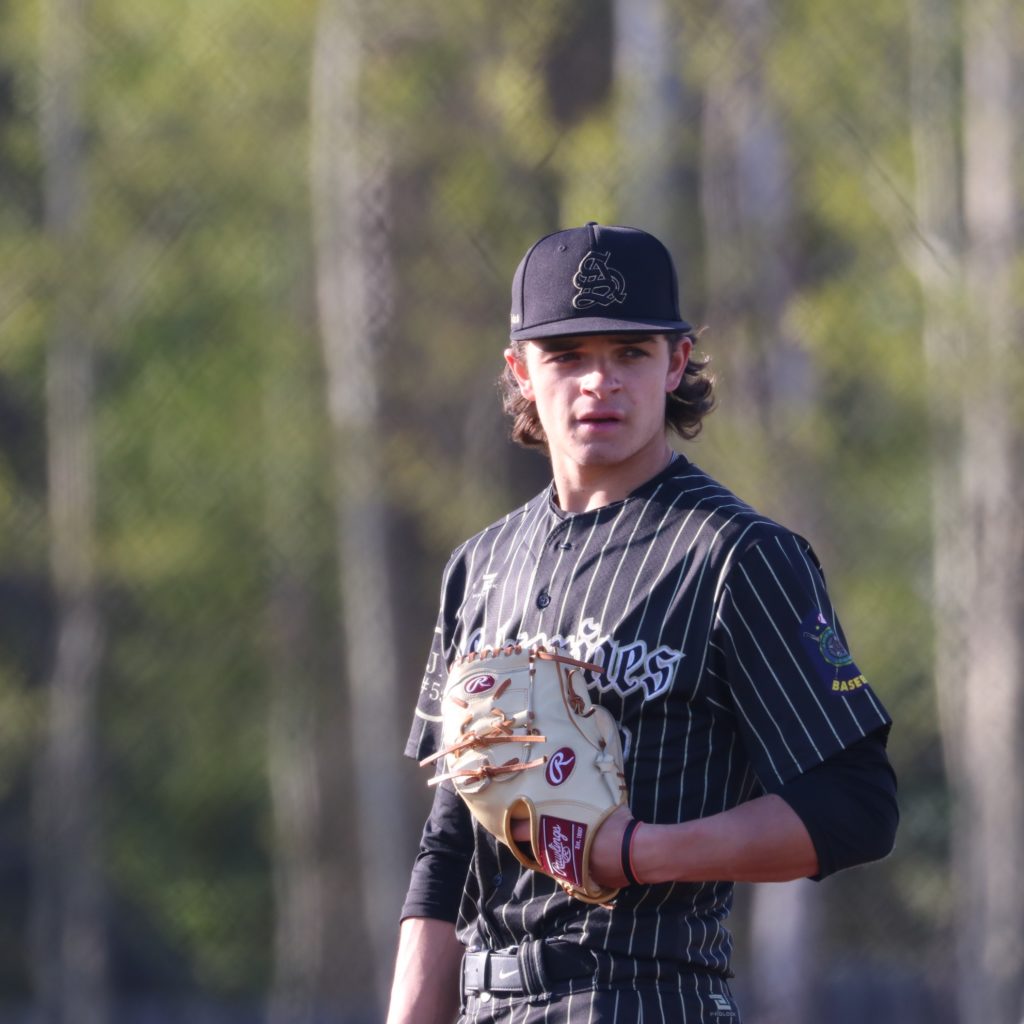 His night didn’t feature an auspicious start as he hit the first batter of the game on an 0-2 count and awarded him second base on a wild pitch. But he settled down to strike out the side.

He retired 12 straight batters before walking Wasilla’s George McSorely to lead off the fifth inning.

Hebert finished with four walks, including two to start the seventh inning, when he lost his shutout.

“Although I lost it for a bit I battled through it and finished the game,” Hebert said.

Only two of the 15 no-hitters in CIC history were not shutouts, with the 2015 no-no thrown by West’s Sean Duffy in a 5-1 win over East being the other.

Hebert also helped himself at the plate, going 3-for-4 with an RBI. The Wolverines (19-0) also got runs batted in from Oliver Brown, Skyler Sugita and Ben Neuberger. 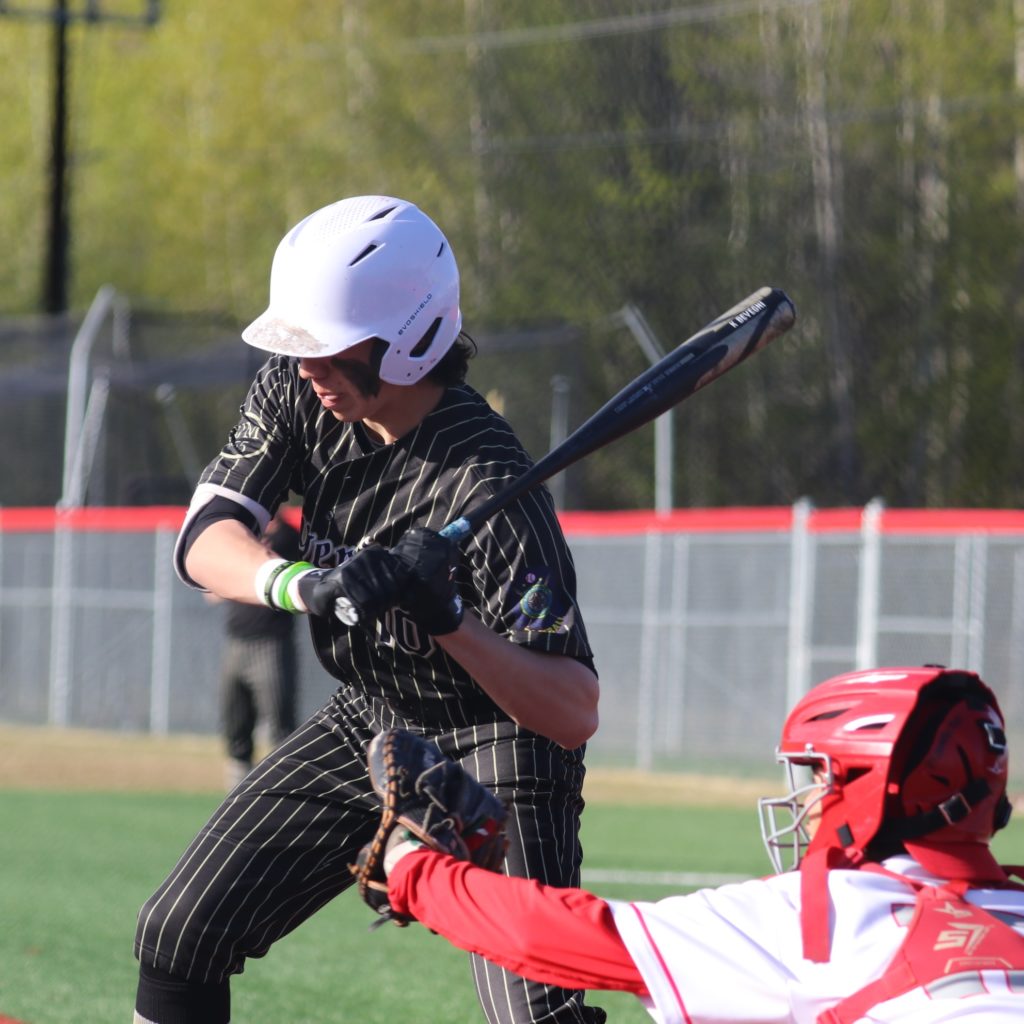 Hebert helped his own cause at the plate. Photo by Anastasia Brown/Special to the Alaska Sports Report

Wasilla pitcher Dayton Greer went the distance for the Warriors (11-5), scattering eight hits and allowing only three earned runs against the state’s most potent offense that usually wins by mercy rule.

“Greer competed tonight and found his inner bulldog again,” Wasilla head coach Ken Ottinger said. “He had some adversity but he stuck with the game plan and wasn’t shook. Pretty proud how he competed against a very solid 1-9 lineup.”

Hebert also gave Greer a tip of the cap.

“Dayton pitched well and kept them close, which made me have to compete a little harder,” Hebert said. “He pitched really good for sure.”

Hebert and Greer weren’t the only gamers on the field. Home plate umpire James Taylor also came to play.

Taylor was hit by a pitch in the second inning and his hand swelled up quickly, but he didn’t come out of the game.

“The veteran umpire rubbed some dirt on it, taped an ice pack to his hand and finished the game behind the dish,” Nerland said.