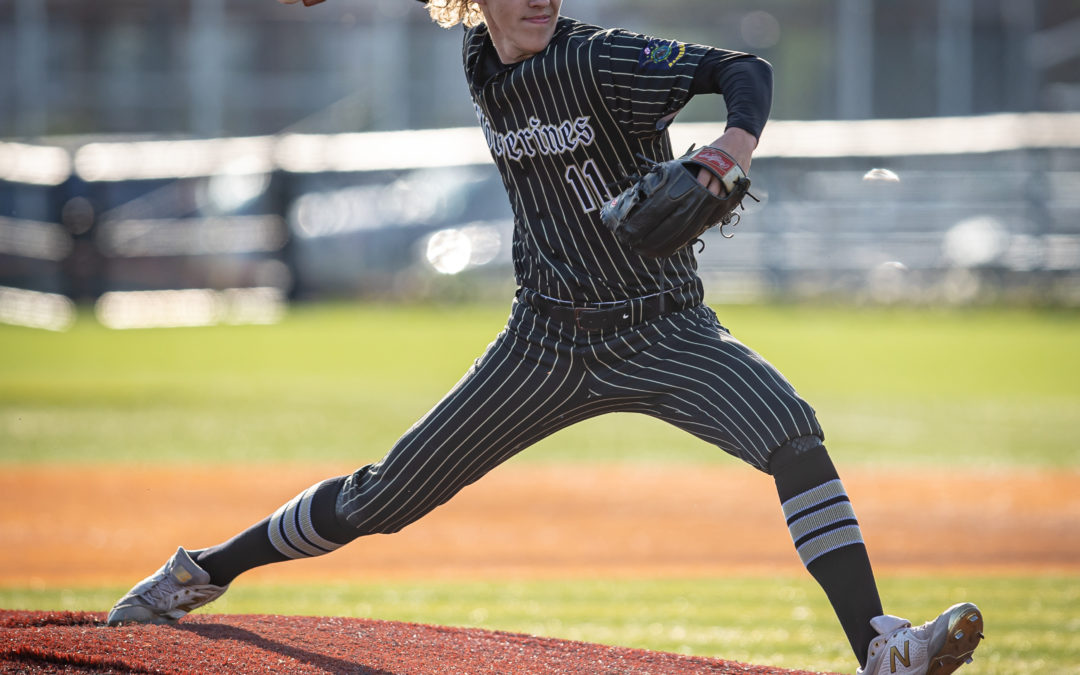 The stars came out for the South baseball team Thursday night in the Cook Inlet Conference Tournament title game.

The terrific trio of Isaac Johnson, Oliver Brown and Curtis Hebert played a huge role in helping the No. 1 seed Wolverines hold off No. 2 Eagle River 3-2 at Mulcahy Stadium to run their state-record winning streak to 41 games dating back to 2019.

Johnson dominated on the mound and carried a no-hitter into the seventh inning, Brown drove in the winning run with a two-run triple in the fifth inning and Hebert threw out two baserunners behind the plate and then took the mound and earned a three-out save.

“It was a great team win,” said Johnson, who struck out seven in six innings and earned the win to move to 7-0 on the year. 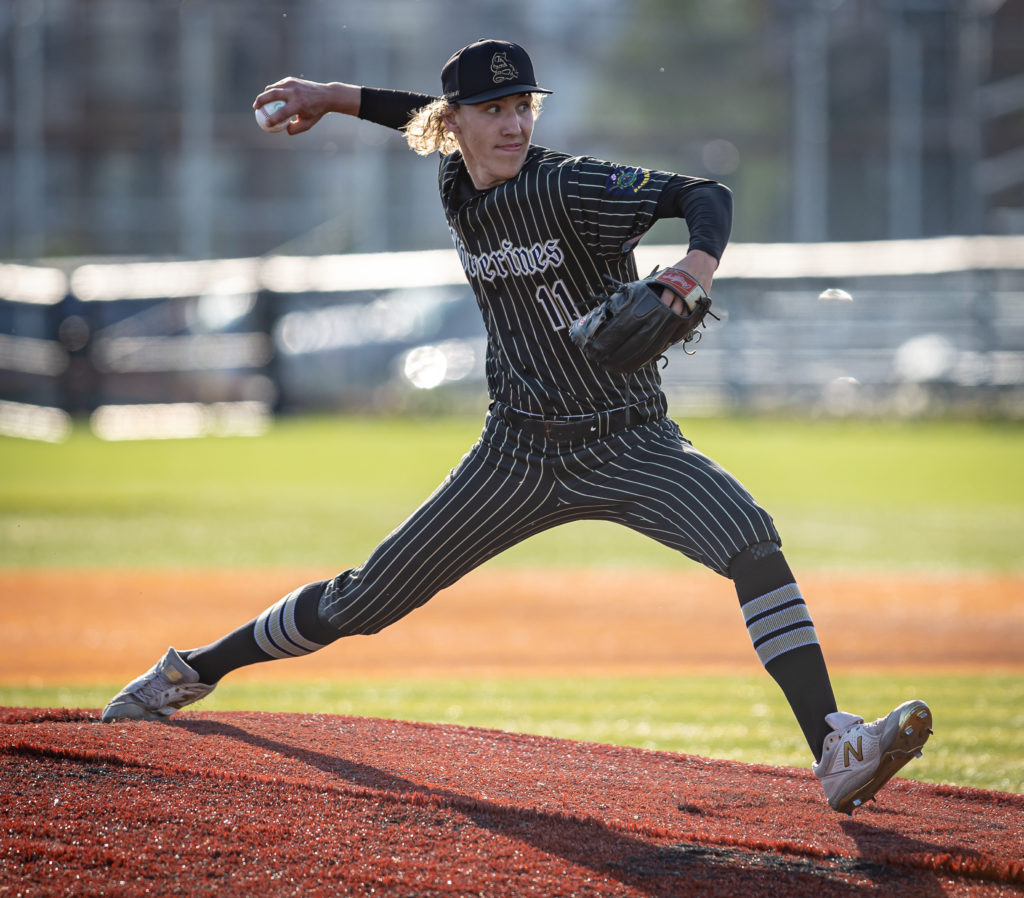 Baseball can be cruel sometimes.

Not if you’re a South fan, though. The Wolverines all season have showcased big bats, a dynamite defense and bionic arms on their way to racking up ten mercy-rule wins.

All of the games haven’t been easy, and when challenged, they have responded like a championship team. Thursday was no different, holding off an Eagle River (15-4) team that has challenged South better than any team in the state, losing three of the last four head-to-head matchups by 1 or 2 runs.

“Oliver had that great hit to score the winning runs. Curtis was helping me a lot behind the plate. I just tried to pump as many strikes as I could,” Johnson said.

With his team trailing 1-0 in the fifth inning, South’s Carson Maltby smacked a one-out double to get the party started. One out later, Skyler Sugita laid down a beautifully executed drag bunt for an infield since that advanced Maltby to third. 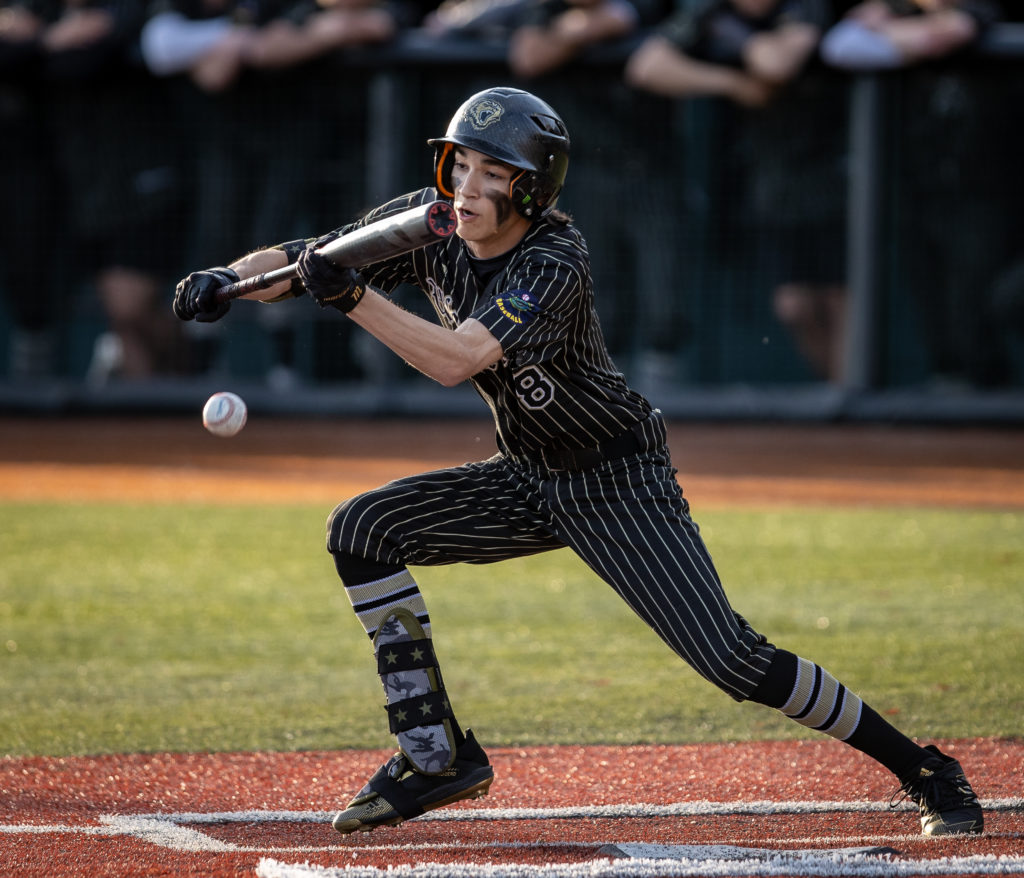 First came a bloop, then a blast.

Brown crushed an opposite-field, two-run triple to the right-center gap to score Maltby with the tying run and Sugita with the go-ahead run. It was a rocket shot that you don’t see off the bat of many high school players.

Unsung hero A.J. Sawicki of South provided what proved to be the game-winning run when he doubled in Luke Beard all the way from first base in the sixth inning. Earlier this season Sawicki filled in for Sean Giffen at second base and the defense didn’t miss a beat. Here, he didn’t miss the pitch.

A 3-1 lead with Johnson on the bump usually spells doom for opponents. Even though he trailed most of tonight’s game 1-0 after a runner reached on an error and later scored on a wild pitch in the second inning, the 6-foot-4 rocket right-hander was in total command.

He had three 1-2-3 frames and retired 13 of 16 in one stretch, with two of those runners being erased by his battery mate, Hebert, who caught two runners trying to steal second base. 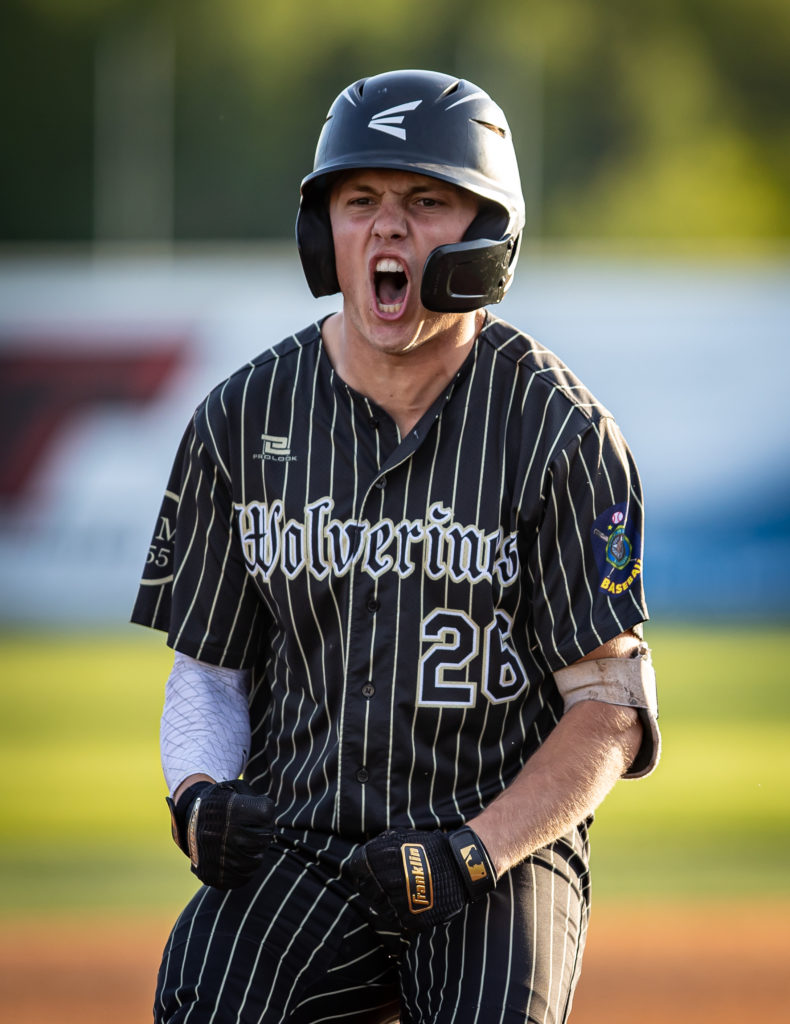 Oliver Brown’s two-run triple put South ahead for good at 2-1 in the fifth inning. Photo by Bryan Boyett/Alaska Sports Report

He got Eagle River’s big stick Noah Lower to ground out to end the sixth inning in a best-on-best matchup to take his no-hit bid into the seventh inning.

“Until the fifth inning I didn’t really even think about it until someone said it,” Johnson said, “and I was like, ‘Oh, I guess it’s a no-hitter at the moment.’”

Eagle River slugger Connor Johnson led off the seventh inning and turned on a fastball, crushing a solo home run that bounced off the top of the wall in left-center, some 365 feet away. This was his second bomb in three games.

“I wasn’t too sad. It was one hit,” he said. “We came together as a team to get that one extra run, so that home run didn’t really matter.”

Hebert closed it out with a runner in scoring position, striking out the final two batters to earn the save.

Johnson didn’t just hit a bomb for the Wolves; the slick second baseman also made a bare-handed snag on the flip from shortstop to turn a 6-4-3 double play in the second inning and was part of another DP in the fourth inning.

Eagle River’s Connor Johnson celebrates his home run that broke up a no-hitter in the seventh inning. Photo by Bryan Boyett/Alaska Sports Report

Both teams already punched their tickets to the next week’s ASAA Division I state tournament at Mulcahy Stadium.

Chugiak (13-7) become the third CIC team to earn an automatic berth to state after doubling up Dimond 8-4 in the tournament’s third-place game in the early game.

The Mustangs pieced together four straight two-out base knocks to take the lead for good in the fourth inning and Josh Westerman delivered a remarkable relief pitching performance.

Westerman pitched six strong innings, scattering eight hits and allowing one run. He held the Lynx in check long enough for Chugiak to warm up on offense.

The same could be said for Steckel, who went 3-for-4 with two RBIs and two runs. He also turned an unassisted double play to snuff out a fourth-inning rally.

He also delivered one of the RBI singles by the Mustangs in the fourth inning when seven straight batters reached base with two outs. Fischer Sims, Carter McCormick and Michael Boudreau also came up clutch with a little two-out magic.

“You’re going up there trying to match the next guy to keep it going,” Steckel said. “We were driving the ball. We’ve been struggling with that, but today we came through and did it.”