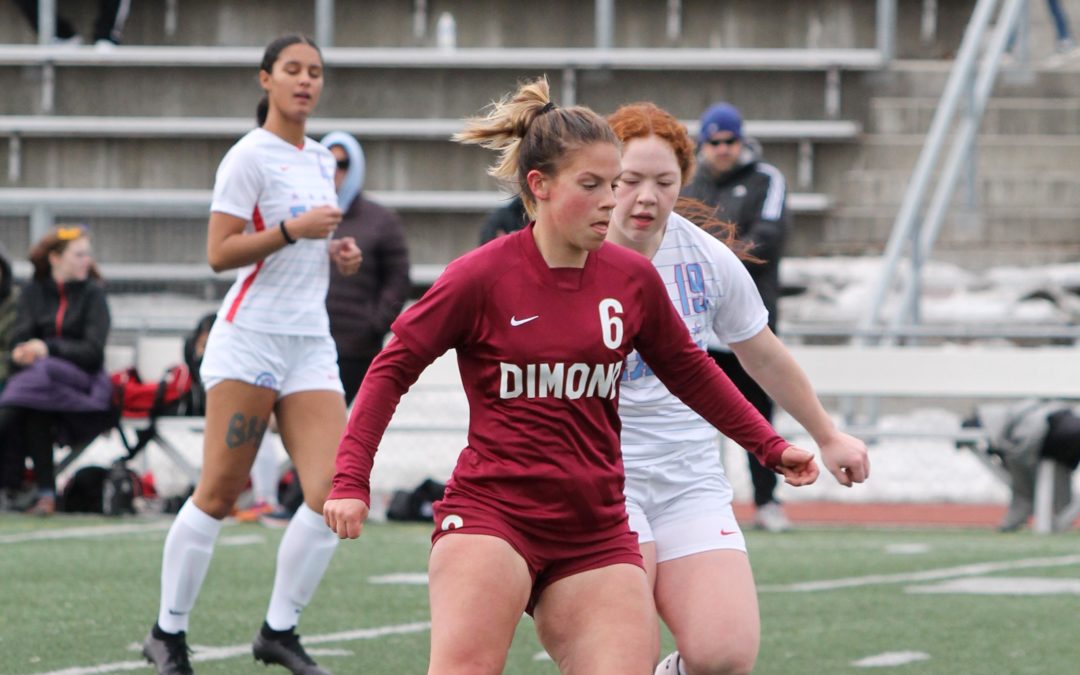 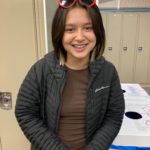 The art of the first touch, a soccer player’s ability to control a pass and make the ball do what they want, is practiced regularly and seldom perfected.

Dimond freshman Kalei Ganotsi remembered one of her first high school workouts. During a drill, older teammates called out her footwork.

“Constructive criticism,” said Ganotsi, 14. “No one was mean, only supportive. They talked to me about locking my ankle and the need to work on my first touch more.

“I appreciated them teaching me a certain way.”

As the regular season nears its end and leads to next week’s Division I state tournament, Ganotsi and the Lynx sit in prime position to add on to their more than a decade of near dominance. The Dimond girls blanked Service 5-0 on Tuesday night to run their overall record to 11-0-1 with a single regular-match remaining Saturday at East.

The Lynx have won the last two DI state championships, four of the last five and seven of 15 dating back to 2006. South has captured five titles in that timeframe. This season, the defending champs have outscored opponents by a 78-4 clip, paced by junior Tatum Porter’s 15 goals.

But youth is also getting into the act. Sophomore Mai Mateaki has totaled 13 goals. While the freshmen trio of Ganotsi (10), Parker Sullivan (7) and Ayla Ertekin (6) have accounted for nearly 30% of the team’s scoring. 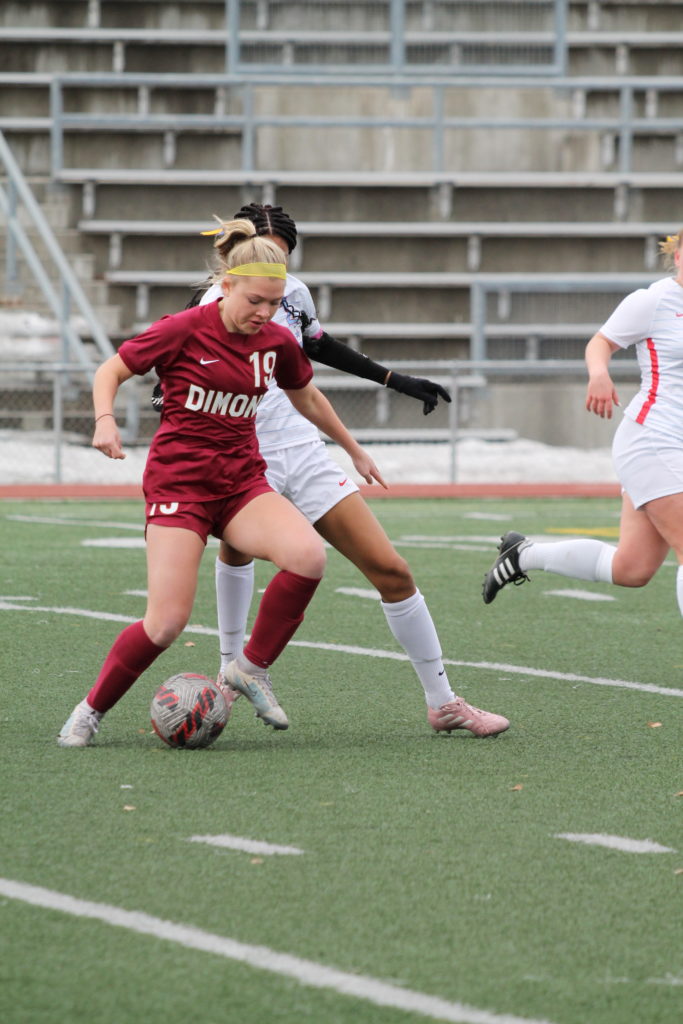 That’s one way to ingratiate yourself to new teammates who only know success on the pitch. Ganotsi and Sullivan scored the second and third goals in Saturday’s grudge-match 3-1 victory over South.

“Watching all the (Dimond) games growing up made me really want to be a part of it,” Sullivan said. “The team culture is special.

“It’s cool that I get to help create history.”

Since either Dimond or South has earned every championship since Katy Perry and Snoop Dogg busted out “California Gurls,” scoring in the latest edition of the rivalry meant something to Ganotsi. She headed in Sullivan’s crossing pass for the second score.

“I threw up my hands in celebration, for me that was very out of character,” said Ganotsi, emphasizing her quiet nature.

Porter recalled her enthusiasm about joining the Dimond program out of junior high. Her older sister Tess was a senior when she was a freshman, and brother Teague was key cog for the boys hockey team.

“They said winning in high school is better than anything,” she said. “Heck, even my Dad remembers winning when he was here.” 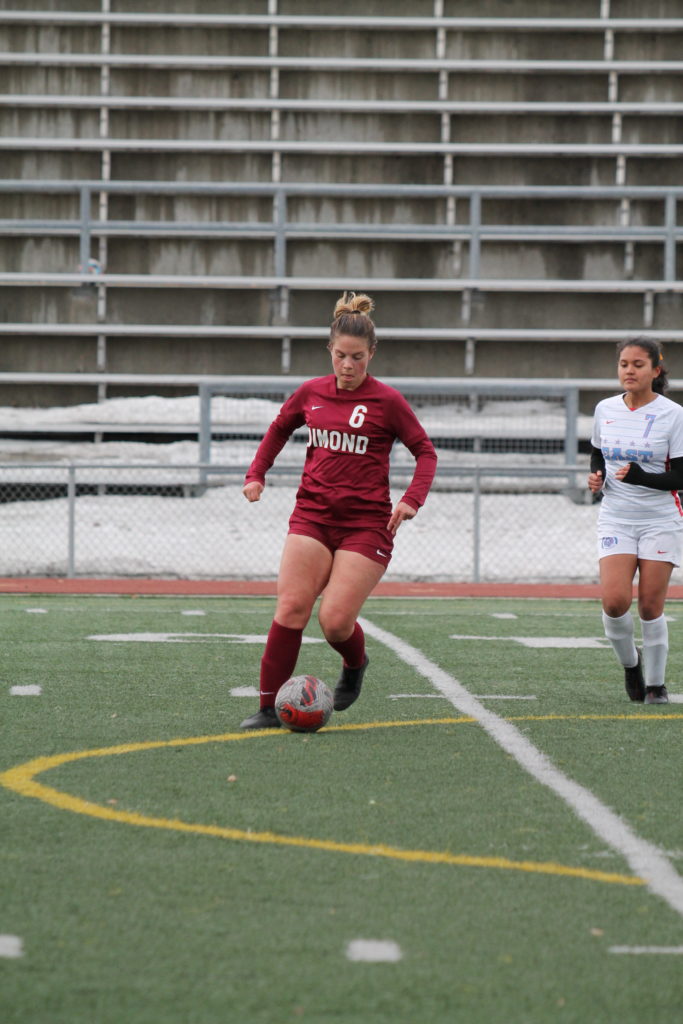 As an upperclassman, Porter set out to make the team’s freshmen as comfortable as possible. She stressed not being intimidated by the program’s stature.

“I tell them not to be nervous coming into a game, there’s no reason to be,” said Porter, who scored twice in Tuesday’s win against Service. “You always have 10 other people backing you up, and you must do your job.

“If you’re not doing your job, you have to pick it up.”

So, therein lies some pressure to perform. By the time Ganotsi, Sullivan and the Lynx freshmen are seniors, expect them ready to lead.

“I want to be as helpful to those freshmen as my teammates are to me now,” Ganotsi said. “I know how they’re going to feel, and I’m going to do my best to keep them calm so they can do their best.”

The soccer regular season ends Saturday with three CIC matches and four non-conference matchups for both girls and boys squads in Anchorage and Fairbanks. With the top four teams via conference winning percentage clinching berths, it’s reasonable to figure who will represent the conference at state.

Service is the defending DI boys champ. Last season, the Cougars ended a healthy run for Colony, Dimond and South by winning their second official state title and fifth going back to the invitational days of the 80s and 90s.

Either the Knights, Lynx or Wolverines grabbed the title in the eight previous seasons (2012-2019). Dimond and South each won three times in that span. 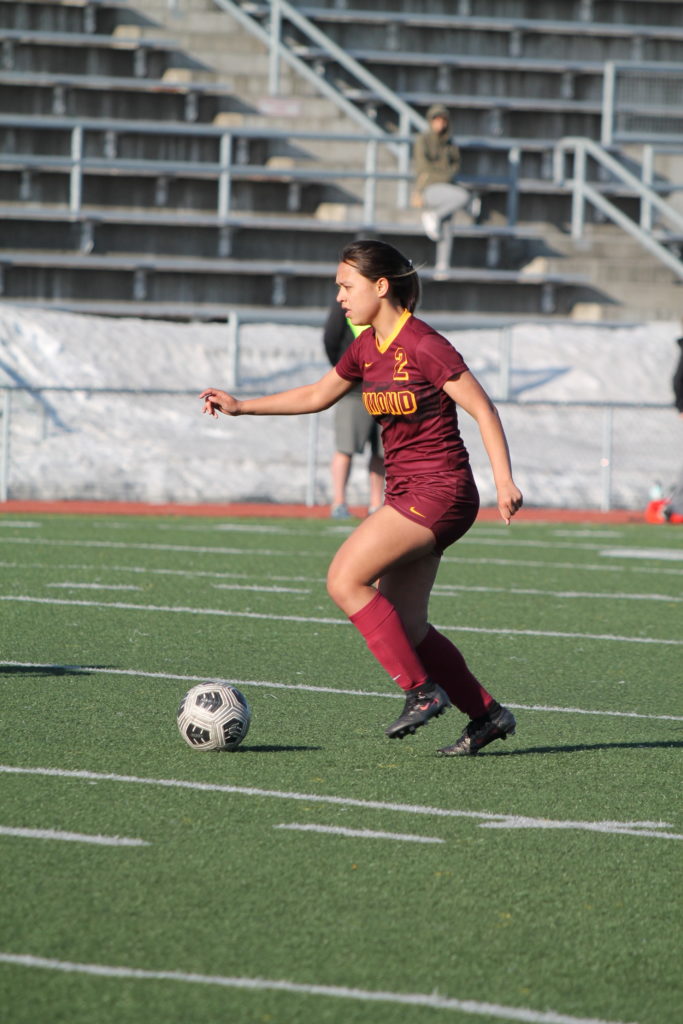