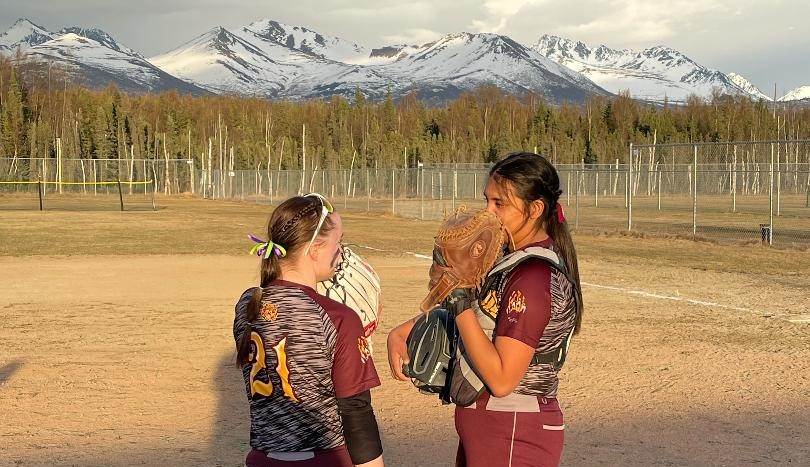 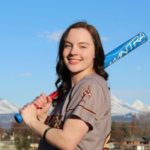 Dimond pitcher Trinity Miller may hold the game in her hand, but it’s catcher Malia Ogee who really holds the power.

Ogee sets the defense and calls the pitches, sometimes overriding Miller’s preference to throw a certain pitch and a certain time.

“I will shake her off and she will shake her head at me, and it kind of goes back and forth for a minute before we figure it out,” Miller said with a laugh.

Who usually wins those battles?

“She does,” Miller said. “Sometimes she sees things I don’t and she calls good pitches.”

That trust factor didn’t develop overnight. Ogee has been Miller’s primary catcher since they were in eighth grade, a partnership that has blossomed over the last five years.

Miller believes Ogee will call the right pitches at the right time; so much so she has given her veto power. 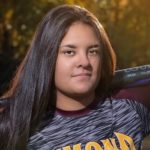 “She trusts me behind the plate,” Ogee said. “That’s definitely something I take pride in. It’s a responsibility that I have earned.”

They are a battery of BFFs, but they are also one of the top tandems in the Cook Inlet Conference. Last season, both players hit nine home runs and both were named to the All-CIC Team.

The main two pitches for the right-hander are a riser and screwball. The riser is a rising fastball while a screwball breaks into right-handed batters. It’s a groundball waiting to happen, and it’s Miller’s specialty.

“My screwball is definitely my out pitch,” she said.

She works with Ogee on when to throw what pitch at what time, mixing and matching the riser, screwball and fastball in an attempt to keep batters off balance.

“Being able to throw spin outside and inside keeps batters off her ball and keeps them guessing,” said Dimond head coach Josh Ogee.

On days when Miller doesn’t have her best stuff, Malia Ogee comforts her by cracking jokes.

“She’ll come up and say something funny and we’ll just have a moment to breathe and work through whatever is not working,” Miller said. “She can just get me to relax.” 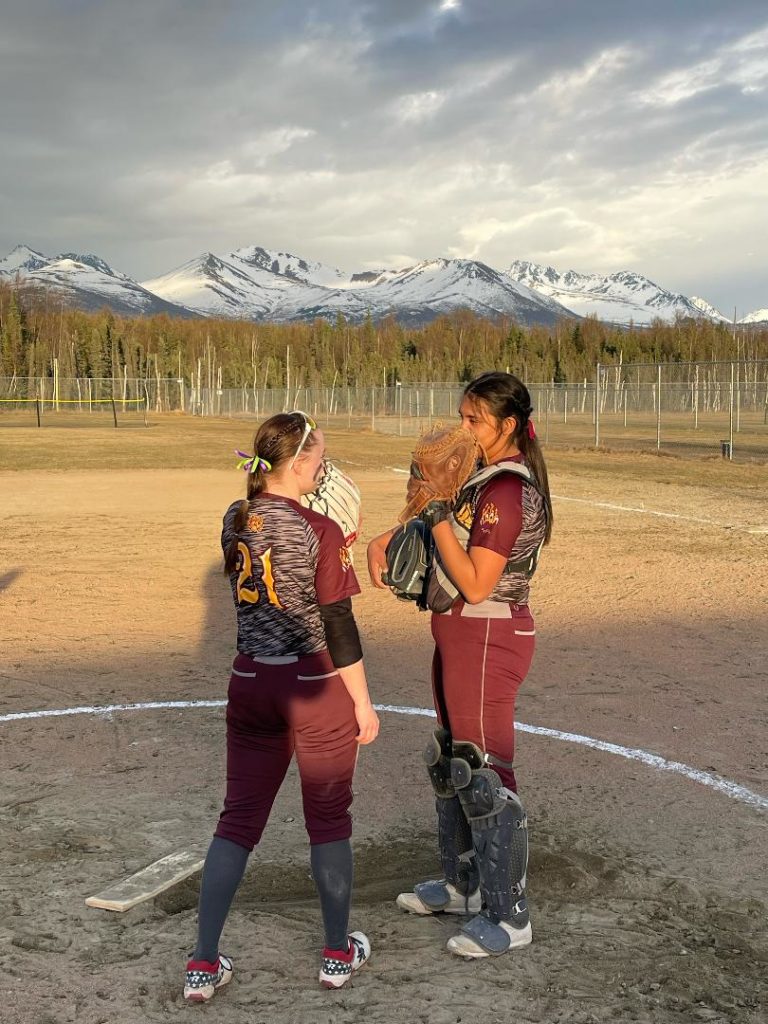 Dimond’s Trinity Miller and Malia Ogee make up one of the top tandems in the CIC.

She has hit 17 career home runs and needs to reach 20 bombs to become the most prolific long-ball hitter for Dimond in a decade.

Ogee, the coach’s daughter, has a fixture at the Albrecht and Cartee softball fields for years. It’s her second home.

“When I’m not playing, I’m always watching games,” she said. “I’m watching the umpires, how batters swing, what pitches pitchers throw in certain counts; pretty much looking to see how I could step up my game to help me when we face those opponents later on.”

Ogee is a real student of the game. She studies opponents and takes mental notes. She also never misses a chance to watch No. 1 Oklahoma on TV.

Her knowledge of the game and willingness to study opponent’s tendencies play a role in why pitchers like Miller trust Ogee behind the plate. 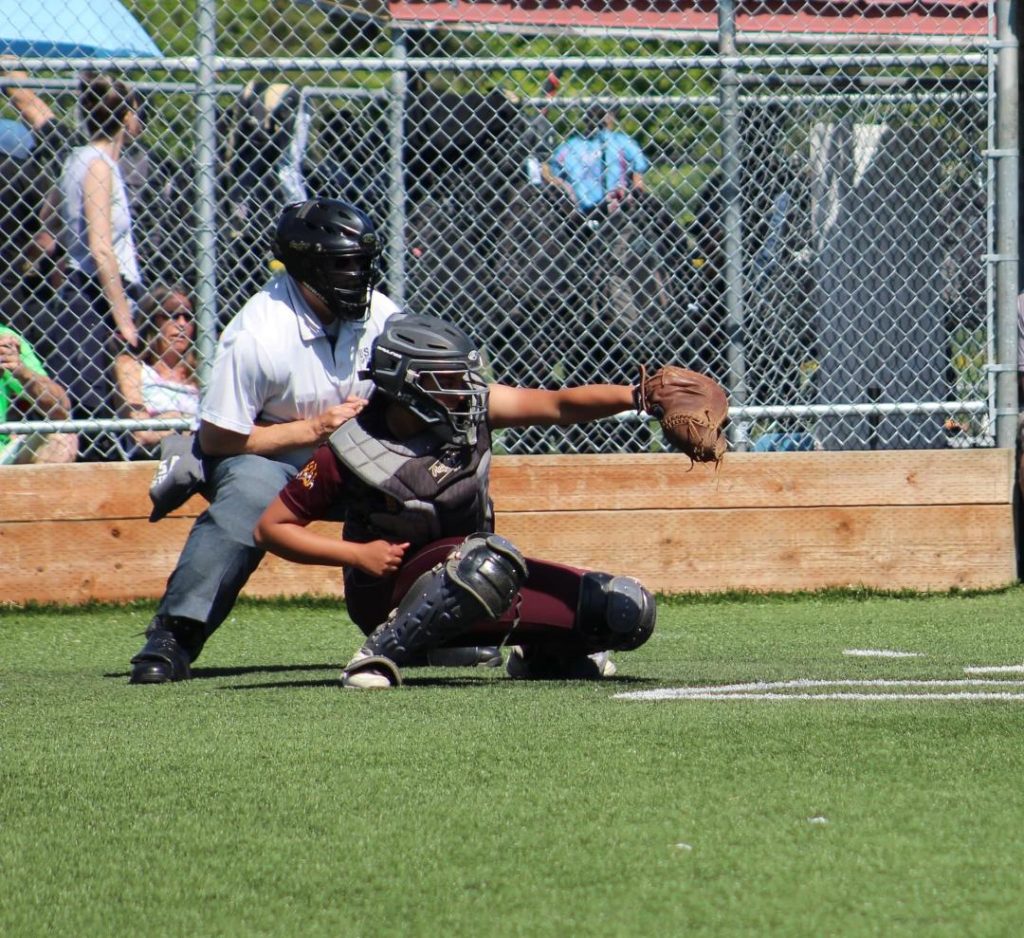 Malia Ogee is in charge when behind the plate. “It’s definitely something I take pride in.”

“She has knowledge and understanding on how to pitch to batters and what the pitcher is throwing well,” said her dad, who doubles as her coach. “She can see everything on the field and has the ability to read swings and stances that allow her to call the right pitch in the right situation.”

They want to go out with a bang and win a state title.

“That has definitely been our goal since Day 1. I think we’re slowly building toward it and I think we’re going to peak at the right time,” Miller said. “We’re just so close as a team. There’s no drama or anything, we’re just bonded really well and I think that’s going to definitely push us to the end goal.”

“I think that might be the only sport we don’t have one,” Ogee said. “Our goal is to take it this year.” 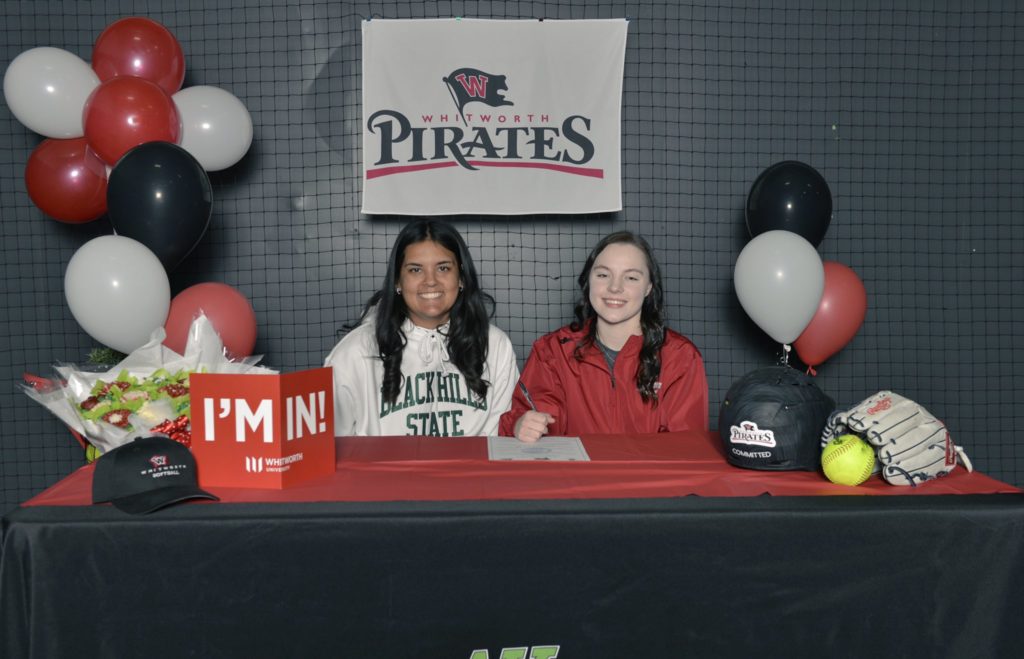