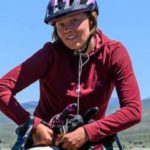 This being her first Tour Divide, Anchorage endurance cyclist Ana Jager set a target finish of 20 days in the 2,700-mile mountain bike marathon.

She finished a full day earlier than expected.

Jager this morning crossed the finish line in 19 days and 54 minutes to easily win the women’s category and finish 12th overall.

The East High graduate is the second Alaska woman to win the Tour Divide since 2015, joining Anchorage’s Lael Wilcox.

The grueling solo, self-supporting race started in Alberta, Canada, and traveled through Southwest America before ending just across the Mexico border from Antelope Wells, New Mexico.

The Tour Divide tests a rider’s strength, stamina and spirit, but Jager comes from a prominent cross-country skiing family and grew up in competition.

Congratulations go out to Ana Jager, the first woman to cross the finish line of the 2022 Tour Divide! Find a few photos and more about Ana’s ride here…https://t.co/K5It4ha4H1

Jager preserved a comfortable 100-mile lead over Colorado’s Katie Strempke, who is expected to finish later today, at least half a day behind the Alaskan.

Jager held off Steve Large and Colin Schindler down the stretch, beating Large by 14 minutes and Schindler by 28 minutes.

They were the first of many men Jager beat during the bike marathon. About 100 riders remain on the course. 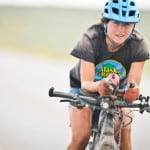 In 2015, Wilcox shattered the women’s race record by two days when she finished in 17 days, 1 hour and 51 minutes.

Two weeks later, Wilcox took on the course for a second time and lowered her own record by another day and a half (15:10:59).