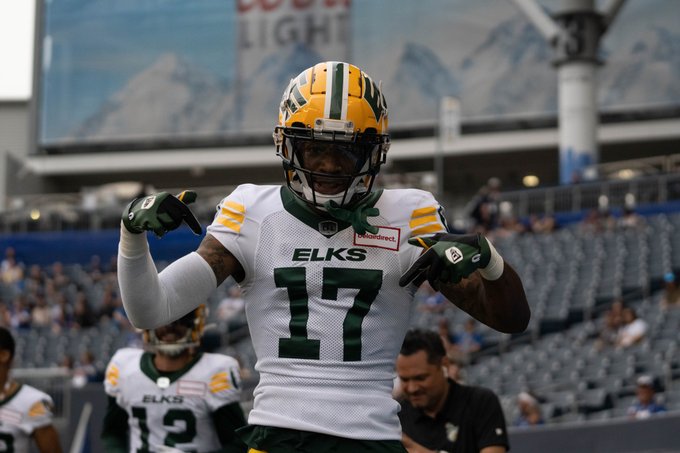 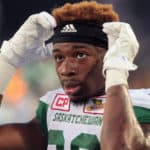 After getting a second chance with the Edmonton Elks, Caleb Holley of Anchorage returned to the field and made CFL history for Alaska.

The fifth-year wide receiver became the first player from The Last Frontier to reach the 2,000-yard benchmark.

Holley hauled in two catches for 51 yards in Saturday night’s 26-16 loss to the Saskatchewan Roughriders in Week 2.

The 6-foot-4 receiver now has totaled 159 receptions for 2,014 yards and seven touchdowns in 48 career games.

Holley, of East High fame, is one of four Alaskans who played in the CFL and ranks No. 1 in every receiving category.

The veteran wideout experienced a roller-coaster week that started with him getting released from the Elks only to re-sign with the team two days later.

You get only so many breaks in life, and Holley made the most of his.

He was targeted twice in the first half but his first catch came in the third quarter and went for 44-yards, setting up a field goal that pulled the Elks within 12-10.

It was the fifth-longest play in his career and his first catch of more than 40 yards since 2018.

In the fourth quarter, Holley hauled in a 7-yard catch on 2nd-and-3 that led to another field goal that gave the Elks a 16-15 lead.

Holley spent his first three CFL seasons of 2016, 2017 and 2018 with Saskatchewan, where he enjoyed his best success.