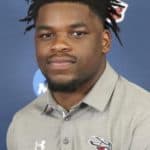 The College Football America Yearbook is thinks he will do it again.

The respected online publication picked Cummings as one of two preseason NCAA Division II All-Americans at running back.

Western Colorado also landed at No. 22 in the preseason top-30 rankings.

Cummings, of West Valley High fame, was the only player from his team and one of only two from the Rocky Mountain Athletic Conference to be recognized.

Cummings also scored a TD in eight straight games to tie the Alaska record held since 2001 by Eagle River’s Yohance Humphery at the University of Montana.

His TDs were the second most in school history and No. 2 all-time among Alaskans at the NCAA level.

His yards were fifth in school history and No. 3 all-time among Alaskans.