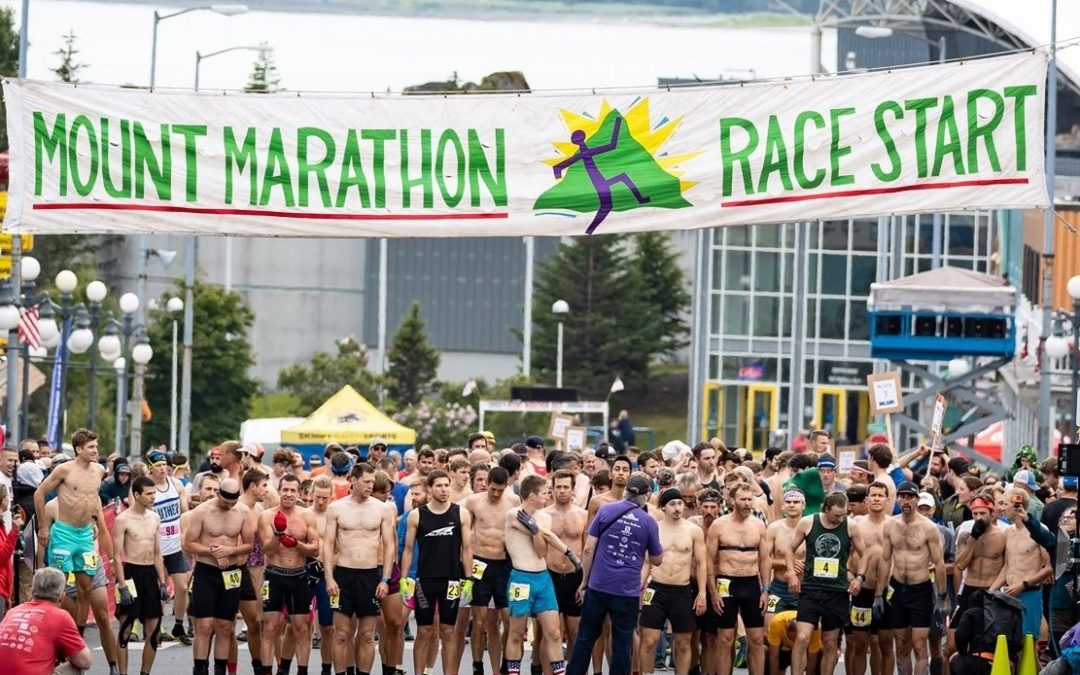 David Norris’ late withdrawal from the 2022 Mount Marathon has turned the men’s race up for grabs.

Norris, the overall record-holder and three-time champion, badly bruised his heel in a mountain bike crash that has derailed his season and forced him to cancel a trip to Spain for a major trail race in May. Norris, a longtime elite Nordic skier based in Anchorage, had hoped to heal in time to defend his dominating 2021 Mount Marathon win. Instead, he withdrew on June 30.

Max King, 42, of Bend, Oregon, may now be the favorite, but has plenty of competition from Alaska and Canada.

King, sponsored by Salomon, is one of the country’s most versatile runners. His resume includes a World Mountain Running championship, U.S. Olympic Trials appearances in the marathon and steeplechase, and countless top trail and mountain-running results. 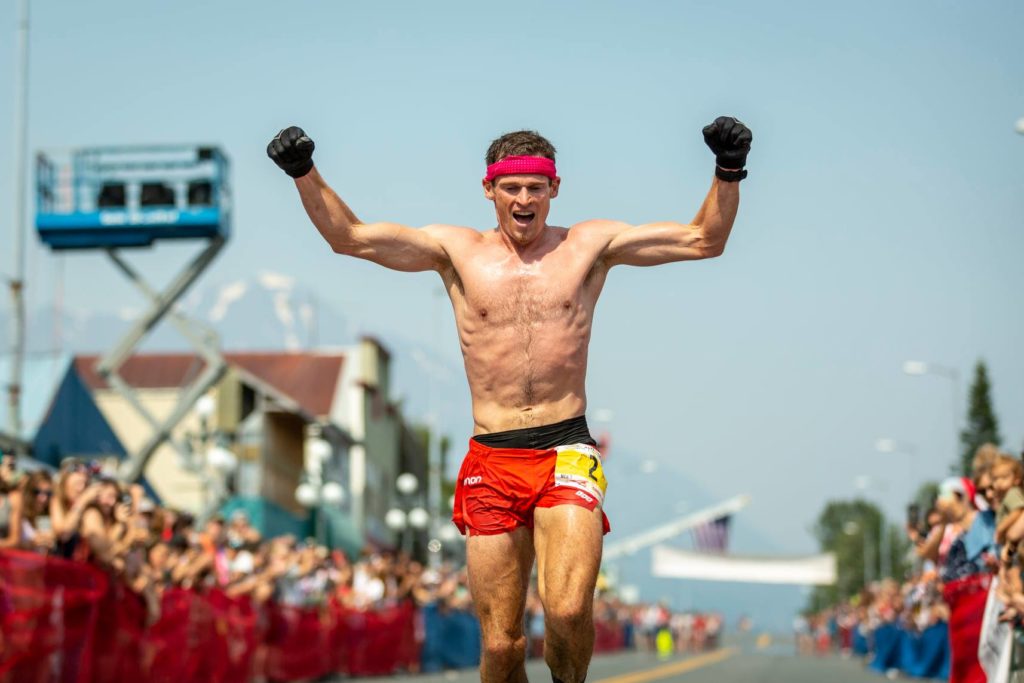 King, now 42, recognizes a repeat of that rookie run is unlikely, but he’s not conceding anything — even if he’s lost a step.

“My goal is hope David is there and go for the win, or a 40-45 age group record, whichever comes first. Or both? Or neither? Any way it shakes out it’s going to be a blast,” King said before learning that Norris had withdrawn.

The race returns to the Fourth of July for the first time since 2019 as the 2020 event was canceled and the 2021 race was moved to July 7 as a pandemic mitigation measure.

Large crowds are expected with the event on a holiday Monday.

Sam Hendry, 22, of British Columbia, Canada, also returns. A teammate of Alaskan Luke Jager on the University of Utah Nordic ski team, he was a distant second to Norris last year.

Darren Thomas of Nevada (third in 2021) scratched on Saturday due to a foot injury.

Even with the unexpected withdrawals of Norris and Thomas, the men’s field returns seven of last year’s Top 10.

This year’s podium with be fiercely contested with the likes of Alaskans Michael Connelly (fourth in 2021), Lyon Kopsack (fifth), Lars Arneson (sixth), Ben Marvin (eighth), Erik Johnson of Seward (ninth) and Pyper Dixon (10th). This year also marks the return of 2022 Olympian Jager, a 2022 Olympian, along with past podium winners Matt Shryock and Adam Jensen.

Arneson, of Anchorage, won the Government Peak Race in June and was second at Bird Ridge.

APU skier Thomas O’Harra earned a bib by winning the iconic Bird Ridge Race on June 19. He scouted Mount Marathon for the first time a week later and figures to have a strong uphill and a to-be-determined downhill.

Meanwhile, Taylor Turney has careened downhill in 10:01 and 10:04 the last two years and is aiming to break the descent record of 10:00 by Eric Strabel.

A firmer-than-usual trail and a busy life — Turney has a new career as a firefighter along with two young kids — may make achieving that descent record an even tougher task this year. Racers benefit from a soft trail through deep scree that can be fearlessly negotiated, but this year’s lack of rain of other factors has left parts of the upper trail dangerously solid. 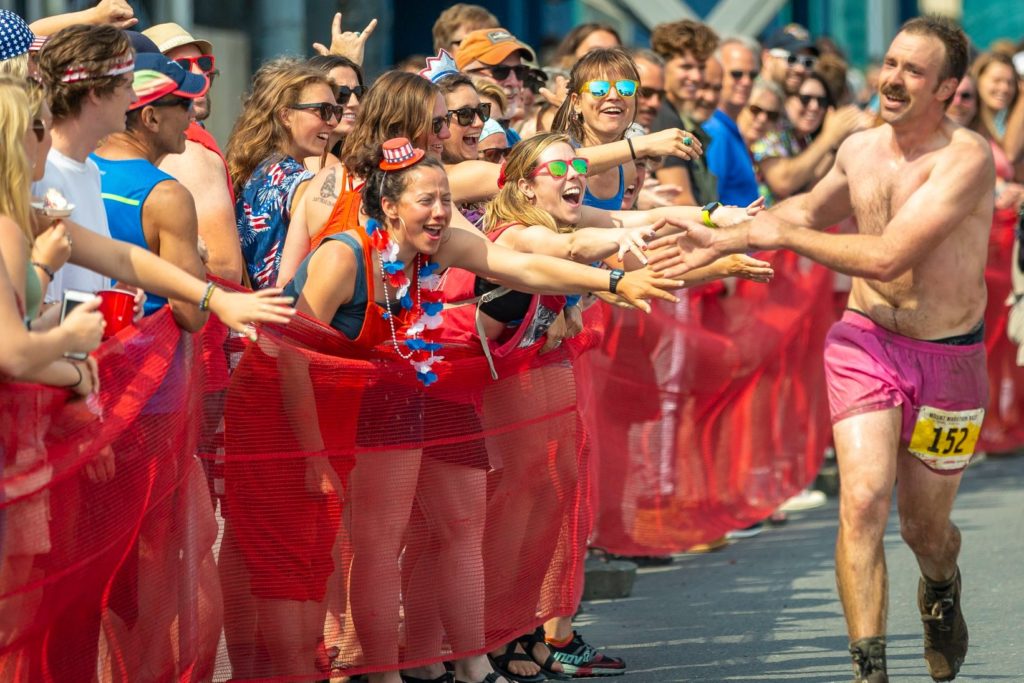 The old-timers are still making their mark, too.

Fred Moore, now 82, began his Mount Marathon career in 1970 and hasn’t missed a race since, an astounding streak of 51 straight races.

Moore posted a solid time of 1:30:17 last year, beating some racers less than half his age.

Chad Resari, now 86, aims to up the oldest finisher mark by another year. He first ran Mount Marathon in 1964 and 1965, then stopped for 33 years due to teaching, coaching and family obligations. He re-started his Mount Marathon career in 1998 and hasn’t looked back.

Ascending the cliff is particularly challenging for him. “I’m so short I can’t reach as high as the other guys,” he quipped.

Resari could take the “Golden Racer” option of running half the course and still getting a finish, but chooses instead to go all the way up and down. How long will Resari keep at it?