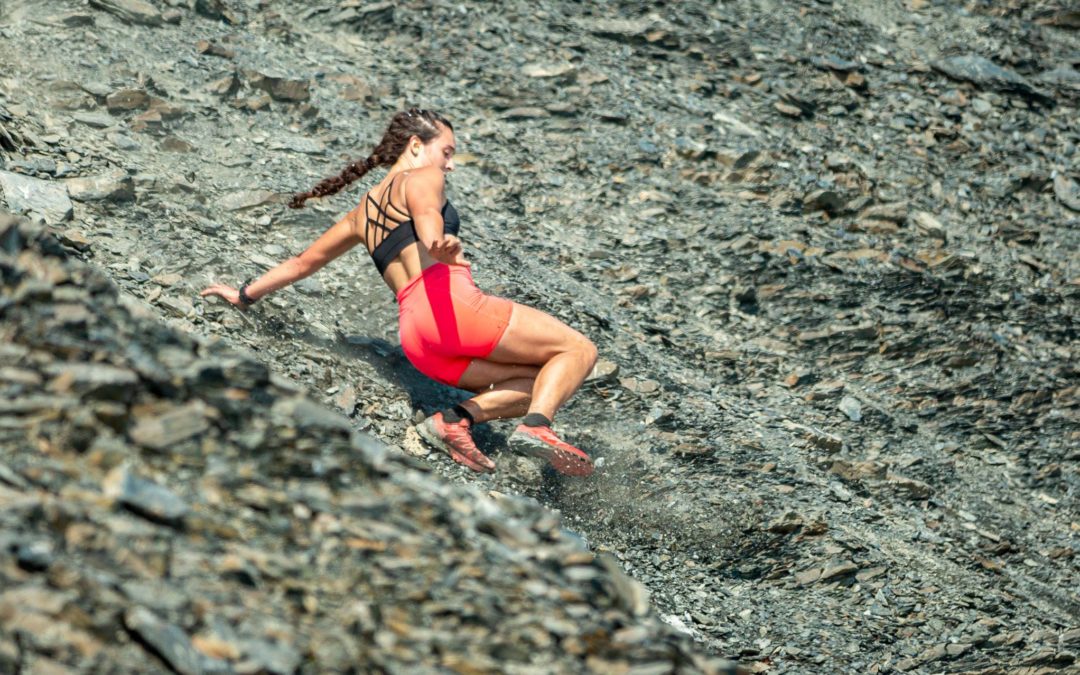 If hometown hero Hannah Lafleur is going to win a third Mount Marathon, she’ll likely have to repeat the feat of her 2021 and 2019 victories by chasing down exceptional climbers who have built a substantial lead.

Last year Rosie Frankowski, an Olympic Nordic skier who trains with Alaska Pacific University, put 2 ½ minutes on Lafleur with one of the fastest climbs in history only to see it evaporate after Lafleur ran the third-fastest women’s downhill ever of 11 minutes, 44 seconds. Lafleur also had to chase down and then hold off Ruby Lindquist of Moose Pass, who nearly won with a breakout performance.

This year’s field of ascenders look be even stronger with the addition of Olympian Novie McCabe from Washington and Coloradoan Allie McLaughlin, both of whom possess serious climbing chops.

“I am excited and honored to be a part of such an inspiring field of women,” Lafleur said.

She respects the climbing prowess of the competition but reminds fans that Mount Marathon goes up and down. 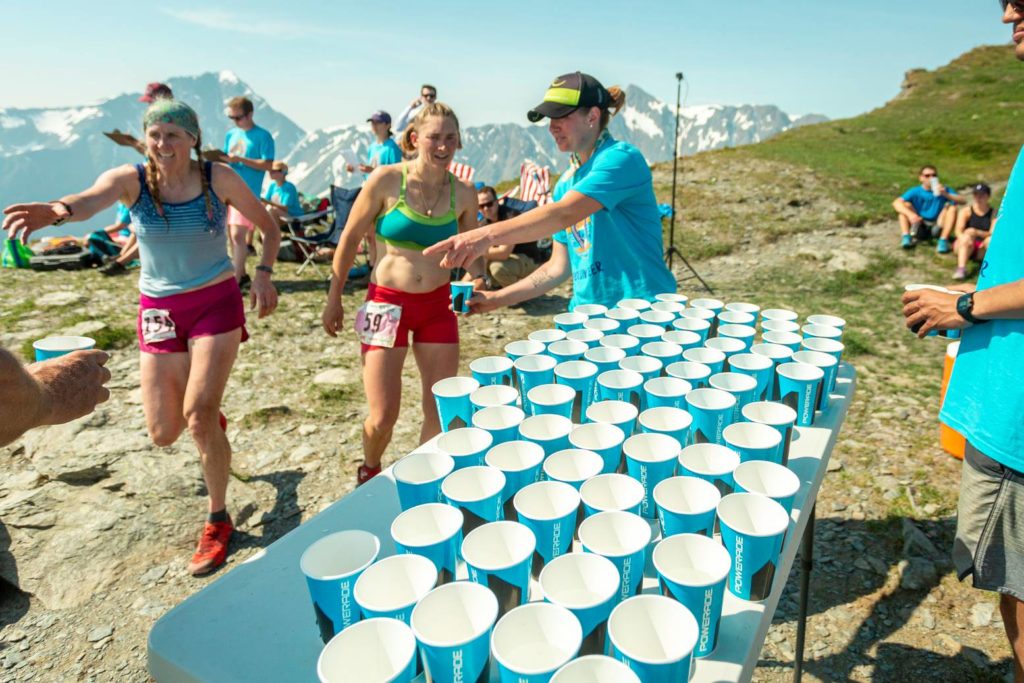 “I imagine there are some incredible uphill engines. But the race is never over until you get to the Yukon Bar!” said Lafleur, a Seward kayak company manager and guide. “The variety of skillsets it takes is what makes this race so special.”

Back to those uphill engines. There’s Frankowski, who will be a threat if she continues to improve her downhill. And McLaughlin holds the coveted fastest known time on the Incline in Manitou Springs, Colo., a steep and popular route up a former cog railway. She also has won the Pike’s Peak Ascent twice and claimed the competitive Broken Arrow Skyrace Vertical K event in California the last two years.

“My goals are to go as fast as I can and still be able to run the next day,” said McLaughlin, adding that she shies away from the “real edgy” terrain in Colorado but has been targeting Mount Marathon with more specific training this spring.

McLaughlin has been waiting to race Mount Marathon for more than two years as she was registered for the canceled 2020 race and chose to defer last year.

“It feels like more than a running race to me — like an extreme sport,” said McLaughlin, who also enjoys a different extreme recreational activity: skydiving.

Meanwhile, the 20-year-old McCabe — a teammate of Alaskan Luke Jager at the University of Utah — is coming off a successful Winter Olympics in China, where she placed 18th in the 30K freestyle. Her best result last season was 7th in the final stage of the Tour de Ski in Italy, which finishes with a brutal climb up an Alpine ski hill and benefits athletes with high aerobic capacities.

McCabe watched the 2021 Mount Marathon in person and that inspired her to race this year.

“Unconventional running races like this are always super exciting so I’m stoked to get to participate,” said McCabe, whose Olympic teammate Sophia Laukli was also registered for Mount Marathon but withdrew due to a schedule conflict. Salomon’s Bailey Kowalczyk of Colorado also canceled her entry.

The depth of this year’s field is phenomenal. Only 60 women have run faster than one hour in the 94-year history of the race and 25 of them are entered this year (though some are past their prime). In 2021, fourteen women broke the one-hour barrier, a mark that could be bested this year with nine of the top 10 returning along with many other stellar entrants. 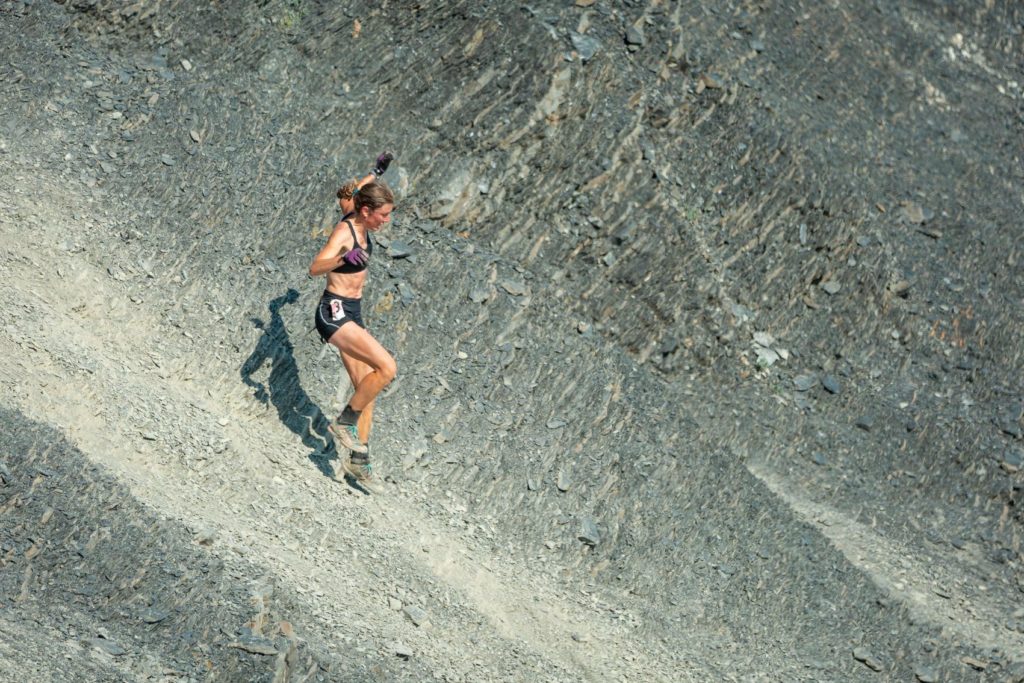 Christy Marvin descending near the top in 2019. Photo by Joel Krahn/Mount Marathon

They include two-time champion Christy Marvin of Palmer, now 41. She’s never finished outside the top 3 in eight races and possesses a downhill nearly on par with Lafleur’s. She also beat Frankowski by three minutes and Lafleur by seven upon winning the Government Peak up-and-down race on June 4.

Lurking amid the chatter is Lindquist, who wrapped up her senior season of track and field at Black Hills State University in South Dakota before returning to Seward to prepare for Mount Marathon.

“After last year’s race, I learned that there is no reason I shouldn’t be trying to race with the top women in the field,” said Lindquist, who has been formulating a mountain-focused training plan with Erik Johnson, Seward’s perennial top 10 men’s performer. “I think adding new competition and bringing back great competitors will only motivate me to prepare well and be ready for an awesome race!”

Lindquist has some work to do in order to contend again at Mount Marathon. At the Bird Ridge mountain race on June 19 (not necessarily a good predictor for Mount Marathon), she placed a distant third while Lafleur was fourth.

Patti Foldager and Ellyn Brown are also entered; they have the most longevity among women with 38 finishes apiece.