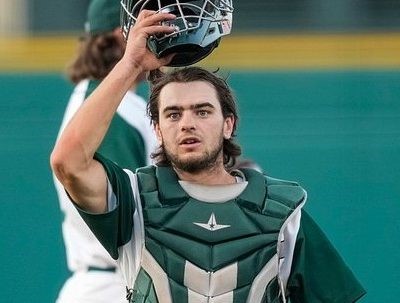 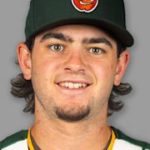 Ten months after breaking his neck in a mountain bike crash, Anchorage’s Jonny Homza made a valiant return to the baseball field.

The fifth-year professional in the San Diego Padres organization began a rehab assignment in the rookie-level Arizona Complex League and made his season debut over the weekend.

Homza started at designated hitter and batted cleanup, going 1-for-1 and reaching base in each of his two plate appearances in his team’s 5-2 loss to Seattle on Saturday.

“It felt great to be back on the field,” he said. “Fun to feel that nervous excitement again.”

Homza crashed on his bike last October on a Hillside trail in Anchorage when he flipped over the handle bars, landed on his head and cracked his neck. Even though he was wearing a helmet and walked away from the crash, he learned the next day that he had suffered a cervical fracture and needed surgery.

The 23-year-old was back on the field a few months later and a few months after that he played in his first game since Sept. 19, 2021. 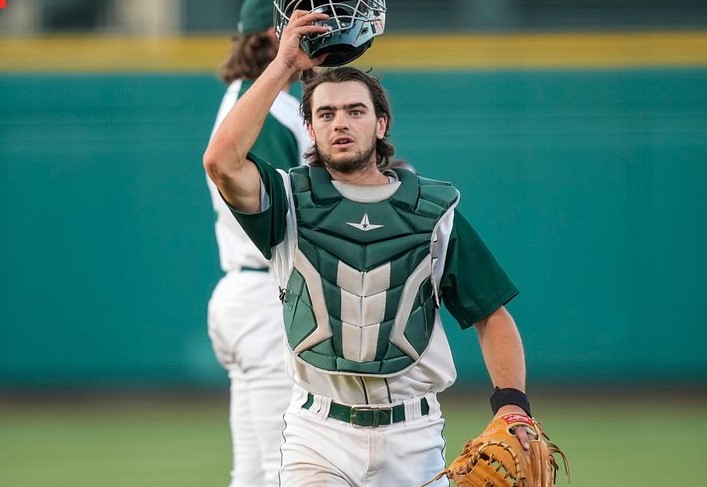 Anchorage’s Jonny Homza has played the majority of his pro games at catcher and third base. Photo by Fort Wayne TinCaps.

“Timing is really what you need to get back when you haven’t played in a while,” Homza said. “That’s also the hardest thing to replicate in practice.”

In his first plate appearance, he fell behind in the count before getting hit by a pitch.

“I was pretty late (on his swings) so I was sort of relieved when I got hit with two strikes,” Homza said with a laugh.

“My next at-bat I just tried to be really early and hit something over the plate, which ended up happening.”

Homza ripped a ground-rule double with a runner on first base, robbing him of an RBI opportunity. Still, getting an extra-base hit in his first game in almost a year was a big deal.

The double was also his 225th career hit – the third most among the 15 Alaskans to play at the pro level.

“It did feel good to get a hit my first game back but I’m still a little way away from being fully healthy and ready for a full season,” Homza said. “I’m optimistic things will keep progressing the way they have though.”

The Alaskan has played the majority of his pro games at catcher and third base, although he’s also seen time at shortstop second base, left field, first base and right field.

In April, Homza was promoted from the Single-A Fort Wayne Tin Caps to the Double-A San Antonio Missions, but he never went to Texas.

“I have never actually played for or been to San Antonio,” Homza said. “Injured players still need to be on rosters when they’re rehabbing and that’s just the one I was on. I’m not sure where I’ll be going when I’m fully healthy.”