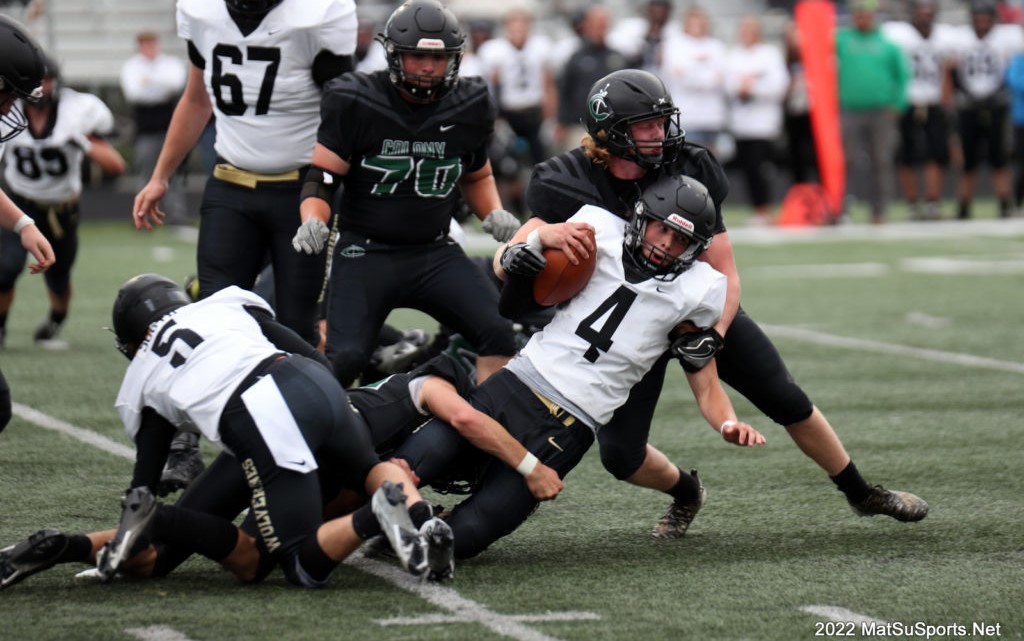 A wide receiver last year, Jack Nash stepped up by going under center when the Colony football team needed a quarterback.

His aced his first test after leading the Knights to a 43-6 Cook Inlet Conference victory over South in Palmer.

The junior signal caller shined in his team’s run-pass option attack, racking up two touchdowns and 246 yards of offense.

“I was a pretty proud of myself,” Nash said. “Going into the game I was very nervous because I’ve never played quarterback before. I was kind of shaking out there.”

He went from feeling anxious to feeling awesome after earning his first win as a starting QB. 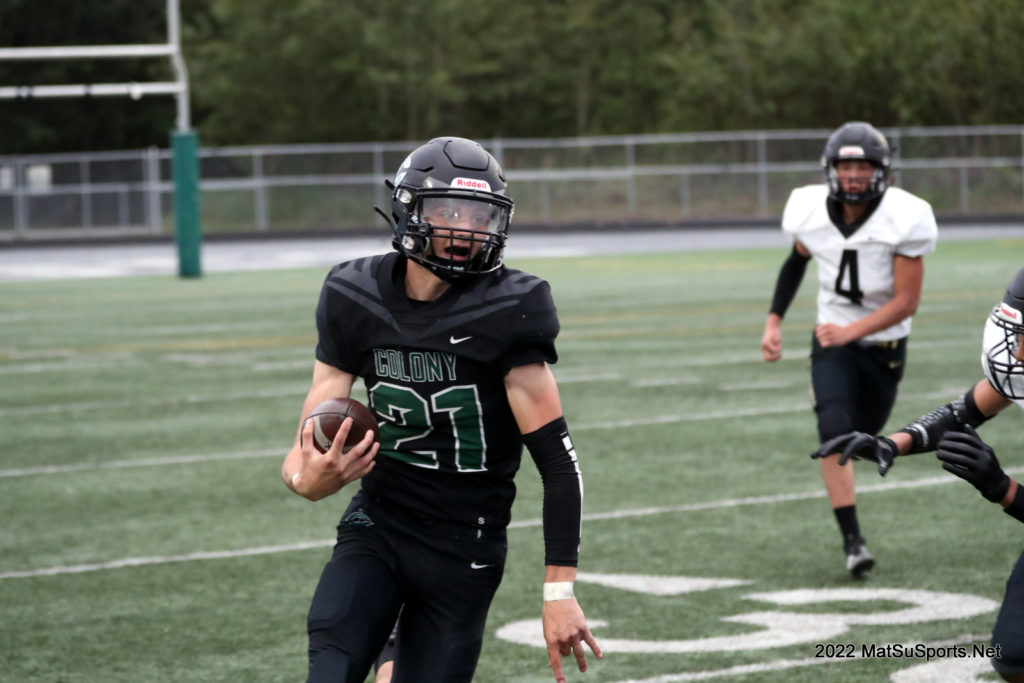 Pullen was more a passing QB whereas Nash is more of a running QB. He’s s scrambler by nature. After all, he grew up a receiver.

“I use my legs a lot more than Harvey so we use that to our advantage and run a lot of RPOs out of it,” said Nash, a 6-foot-2, 180-pound right-hander.

The spread offense complements Nash’s natural abilities, even if he is playing a new position.

“After Harvey graduated, our coaches came up to me after the season and were like, ‘You’re the only person who can do this. We’ve seen your arm, it’s pretty decent and you got the legs,’” he said. “So, I started training for it all through winter and all through summer. Hopefully this hard work can pay off.”

Underwood, a 6-foot-2 all-state basketball player, hauled in six passes for 62 yards and a TD.

“I know Jayce’s speed and I know he’s got good hands,” Nash said. “Absolutely a guy I can trust. When he does have a drop, I wave it off because I know he’s going to get it next time, and that’s what he did in this game.” 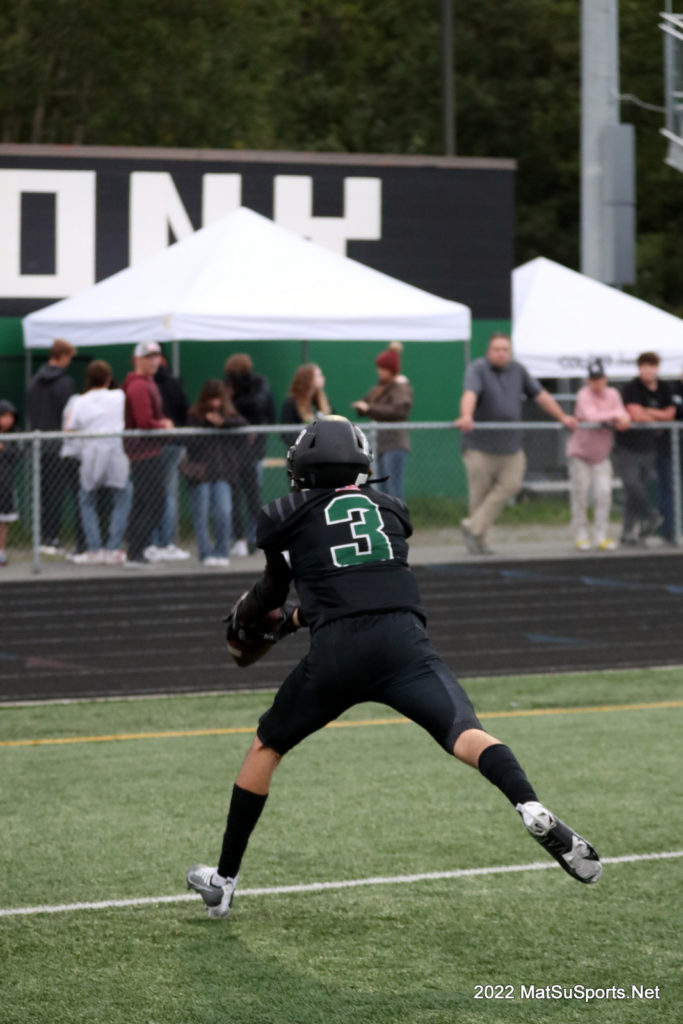 Colony’s backfield of Shane Holladay, Nash and Cole Hamilton each found the end zone and spearheaded a rushing attack that chewed South up for 189 yards.

Kicker Cody Peterson also got into the act with a trio of PATs and a 30-yard field goal.

“We have a young team that are really learning to be a cohesive unit,” said fourth-year Colony coach Robbie Nash.

As well as the Knights played on offense, they were just as dominant on the other side of the ball and the coach was impressed with defensive end Reese Rodriguez.

“Growing up, my dad has always been the head coach,” Jack said. “You always got those kids that are gonna be like, ‘Oh, you’re only starting on varsity because your dad is the coach.’ I don’t let that get to me and use it as fuel to go out and play even harder.

“My dad has always seen me as one of those dudes who could get it done. He definitely pushes me a lot harder and expects a lot out of me.” 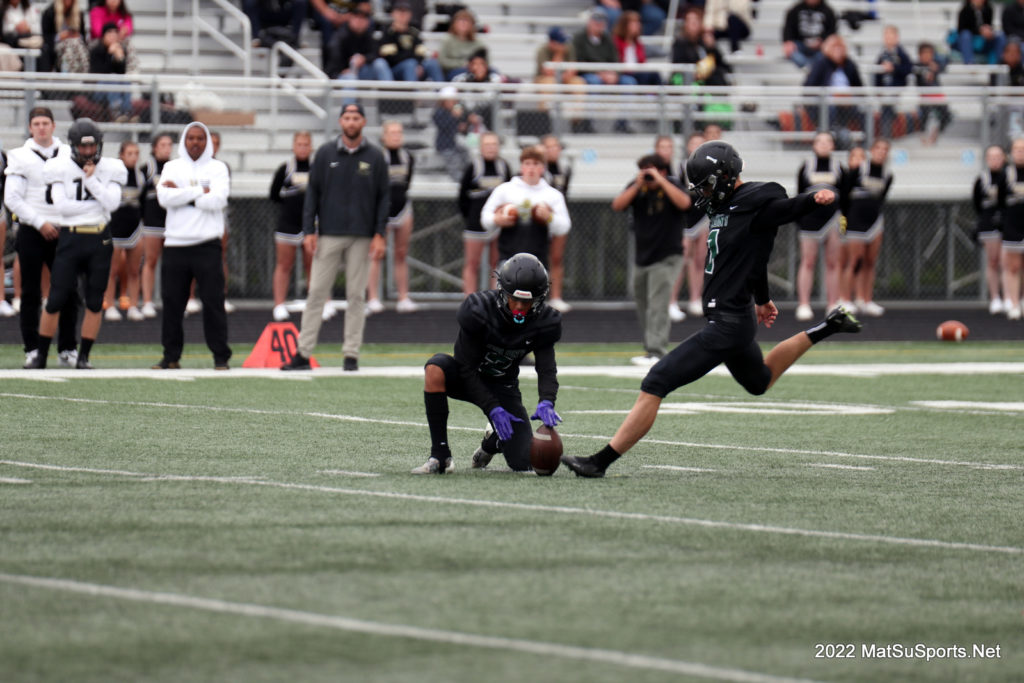