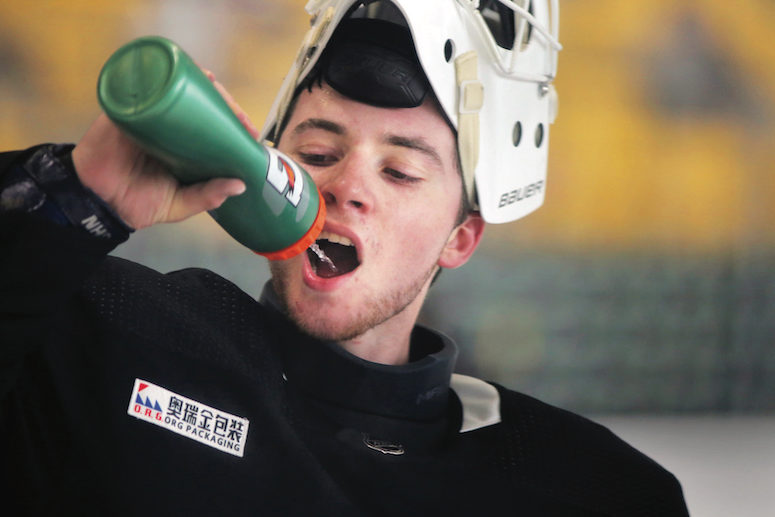 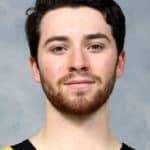 The NHL’s Florida Panthers on Tuesday announced they have signed young goaltender Spencer Knight to a three-year deal worth $13.5 million, and if you’re wondering what in the hockey world that has to do with Alaska sports, here’s your answer: Boston Bruins young goaltender Jeremy Swayman of Anchorage is gonna cash in big-time on his next contract.

See, Knight, whose new deal is for $4.5 million per season, and Swayman are very comparable.

They are both entering the third and final season of their entry-level contracts.

Both are young – Swayman is 23, Knight is 21 – and their respective clubs hope they are the organization’s masked man of the future.

Great choice! Jeremy Swayman didn't play a lot of games yet, but in those games he was really great so far! Big talent. The Bruins have a gem in Swayman for sure! https://t.co/o8PqwISttv pic.twitter.com/0j0ZgcCMh9

Both are American – Swayman a South High guy, Knight from Darien, Conn.

Granted, Knight’s pedigree coming up features a bit more shine. He played in USA Hockey’s National Team Development Program and was a first-round draft pick, 13th overall, in 2019. Swayman played junior for the Sioux Falls Stampede of the U.S. Hockey League and was a fourth-round pick, 111th overall, by Boston in 2017.

Swayman wasn’t an elite prospect as a teenager like Knight, but his development rocketed and landed him another comparable with Knight. Swayman was Hockey East’s Player of the Year in 2020 and Knight won the same award in 2021. And Swayman was voted to the NHL All-Rookie Team, ahead of Knight, earlier this year.

Swayman’s traditional stats, both last season and in his NHL career, top Knight’s.

On the other hand, Knight’s goals saved above expected per 60 minutes of .138 last season topped Swayman’s .105, according to moneypuck.com.

Still, that last stat is comparable.

In any event, Knight’s deal is a strong indication that Swayman is gonna get paid.