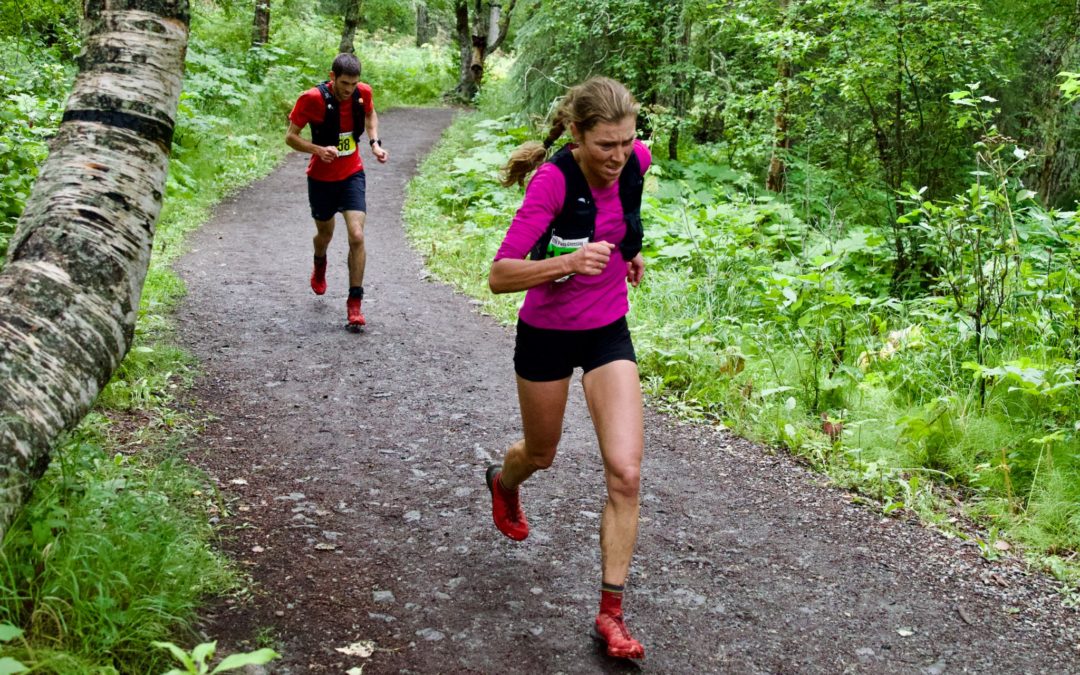 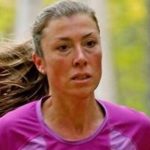 Christy Marvin has a chance to become the winningest runner in Equinox Marathon history on Saturday — but to accomplish that feat she’ll have to overcome two of the women who broke her record last year.

Marvin, 42, of Palmer sat out in 2021 with a knee injury as Anna Dalton, Megan Youngren, Susie Rivard and Meg Inokuma all eclipsed Marvin’s previous mark of 3 hours, 15 minutes and 6 seconds.

Anchorage’s Dalton, after running an astounding time of 3:07:22, is not entered this year but Youngren of Soldotna and 42-year-old Inokuma of Palmer are.

The 59 th annual Equinox Marathon starts at 8 a.m. Saturday at the UAF Patty Center field followed by the 2nd Equinox Half Marathon at 10 a.m. As of Friday morning, there were 708 entrants — 361 in the marathon, 46 in the marathon hike and 301 in the half marathon.

“It’s exciting,” Marvin said Wednesday about the prospect of a seventh win. “But I don’t get wrapped up around wins as much as I do a solid personal performance. … I’m always shooting to (run a personal record). That’s just sort of who I am.”

Marvin has already achieved a major milestone this season. Despite not running all winter to protect her knee, she broke Nancy Pease’s 32-year-old record at the 22-mile Crow Pass Crossing backcountry race on August 7, a mark she’d been chasing for a decade.

After Dalton ran 3:07 at the Equinox last year, Marvin was initially discouraged, thinking that time was beyond her abilities. However, she has since changed her tune.

“I decided to let these women’s amazing performances inspire you to see what you might be capable of yourself,” Marvin said.

Marvin has altered her training plan from past Equinox build-ups because her knee issue does not allow running on pavement. Instead, she’s focused on building strength and endurance through mountain and trail running, has been cross training with skiing, roller skiing and biking, and is giving herself more recovery with at least one day off per week.

Marvin anticipates that she may fall behind Youngren and Inokuma on the climbing sections of the course but hopes to catch up or get ahead on the flat and downhill portions.

The historic route includes about 3,500 vertical feet of climbing and can be roughly divided into thirds: the opening nine miles are mostly relatively flat trails; the middle eight miles include the climb of Ester Dome and the grueling out-and-back section; and the final nine miles feature the descent of Ester Dome and several miles of paved and dirt roads back to the Patty Center field.

The difficulty of the course means most runners finish 15-30 minutes slower at the Equinox than on a flat, paved course. 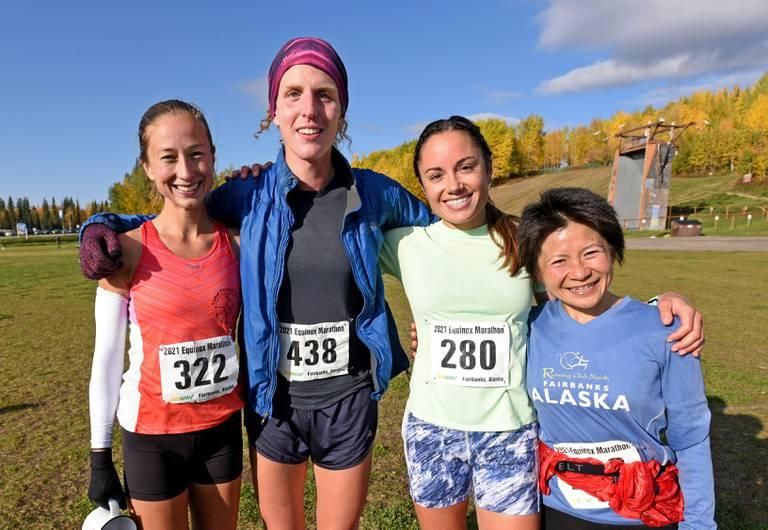 In 2021, Youngren — who like Dalton competed at the 2020 U.S. Olympic Marathon Trials — went out quickly and led the first half of the women’s race until Dalton reeled her in and broke away on the 18th mile coming off the steep drop of Ester Dome.

The women’s roster features another deep field that includes Shalane Frost of Fairbanks, whose 3:22:53 last year was the 20thfastest in race history but only placed her sixth; Jenna DiFolco, a former Fairbanksan who ran at the University of Alaska Anchorage; and Emily Fedders, winner of last year’s inaugural Equinox Half Marathon.

The men’s race is also compelling as a first-time winner is guaranteed with a handful of guys in contention.

Defending champion Lars Arneson is not entered, and two-time winner Allan Spangler — who was still considering entering on Wednesday — says he’s not in shape for the podium. That may help open the door for Anchorage’s Cody Priest and Galen Hecht along with Tobias Albrigtsen of Fairbanks.

The sentimental favorite is Priest, who is hoping to shed his “best-never-to-win” moniker. Priest, 34, has finished in the Top 5 all eight times he’s entered — twice as runner-up, four times in third place and twice in fifth. What’s more, Priest has broken three hours five times with a personal best of 2:54:39. No man has more sub 3’s without a win.

Priest’s resume does include record-setting wins at the 2022 Reckless Raven 50-mile in Whitehorse, Yukon, and 2021 Wasatch 100-miler in Utah.

Hecht moved to Alaska from Santa Fe, N.M., in 2020, and has been ascending the ranks of Alaska trail and mountain running ever since.

Albrigtsen, originally from Tromso, Norway, was a distant runner-up to Arneson at the 2021 Equinox after improving his personal best by 15 minutes to 3:01:36.

Only two foreigners have won the Equinox and both are Norwegian: Ole Kristiansen in 1976 and Harald Aas in 2008.

Another Norwegian, Magnus Noroey of Anchorage, is a wildcard with unknown distance running credentials. Noroey, a Nordic skier at the University of Alaska Anchorage, displayed his endurance by winning the Tour of Anchorage 50K ski race in 2020.

Two athletes for the Alaska Nanooks in Fairbanks — runner Mike Ophoff of the Czech Republic and skier Christopher Kalev of Estonia — add further intrigue to the field.

Another runner to watch is Mike Rabe, 42, of Anchorage. He popped a 2:39 at the 2022 Eugene Marathon and stands to improve substantially from his seventh place at last year’s Equinox in 3:17.

A longevity record will also likely be broken on Saturday afternoon. Last year, Bob Baker of Fairbanks tied Corky Hebard with his 42nd Equinox Marathon finish and is now aiming for a 43rd Equinox patch.

“I’ll definitely be out there and I’ll definitely finish it,” said Baker, adding that at age 64 he’s feeling “mortal” when it comes to distance athletic pursuits.

“If I’m smart I’ll do it in around six hours,” said Baker, adding that he’s only run about seven times all summer.