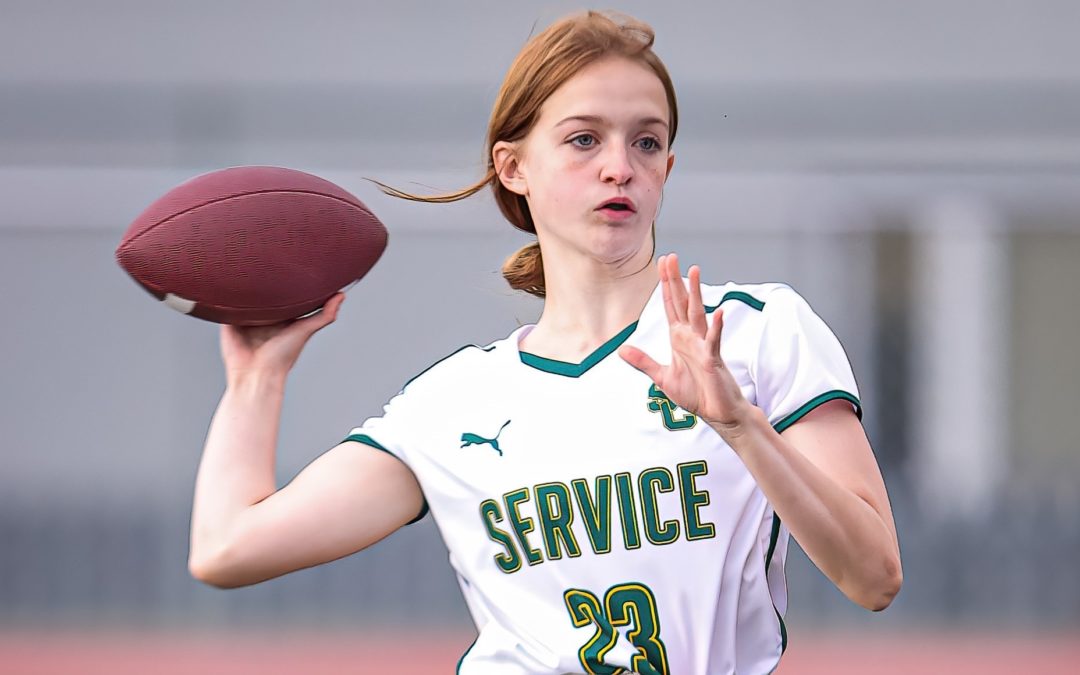 You don’t throw for 1,000 yards in a season without spreading the ball around and Greta Helgeson has become a master delegator.

The Service quarterback has a bevy of playmakers in Zoe Witter, Lily Rygh and Nora Simmons to chose from and together they make up one of the most potent offenses in the Cook Inlet Conference.

Despite losing key players to graduation, the Cougars have posted an 8-3 record in the CIC after beating East 13-6 on Tuesday thanks to a cohesive offensive unit molded from hours of working on the field.

“We like to watch the defense and see what works. We also watch a lot of film,” Helgeson said. “Every piece of the puzzle means something. If the chain is lacking it’s going to affect the whole team.”

Helgeson keeps the orchestra humming. The senior captain is the undisputed team leader and takes her role serious on and off the field. 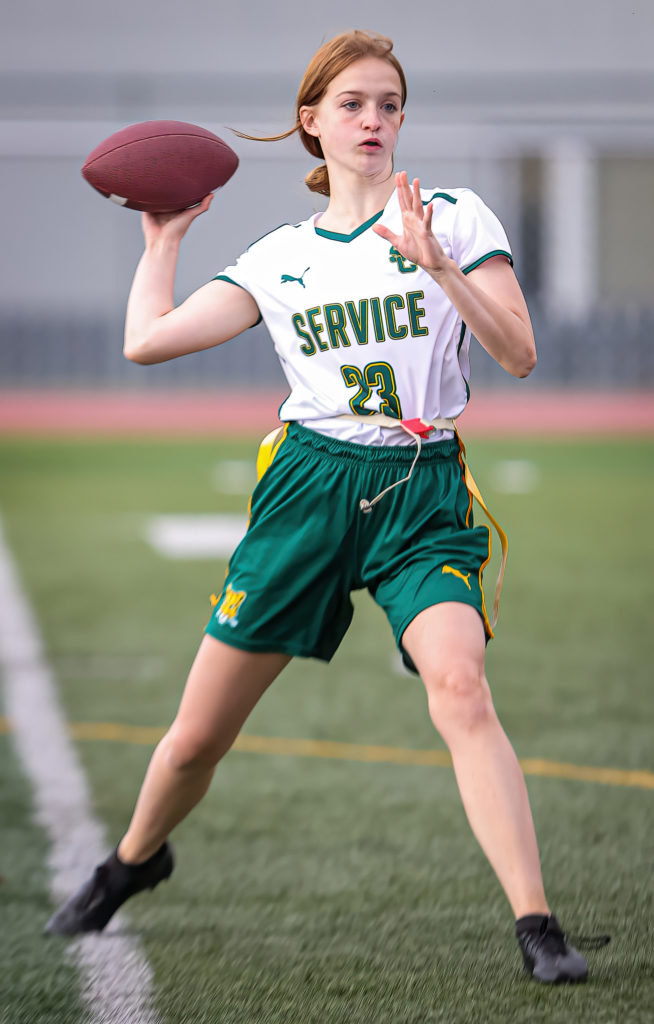 Service’s Greta Helgeson led the Cougars to a 13-6 win over East on Tuesday. Photo by Bryan Boyett/Alaska Sports Report

Helgeson has also taken charge of the offense, throwing for 1,100 yards and 17 touchdowns in 11 games.

“I think that I am just really blessed to have some great receivers,” Helgeson said. “We have a great team and great blockers, and they allow me to have the time to be able to look at the field.”

Witter is a wide receiver who doubles as a safety. “She’s just so incredibly good,” Helgeson said.

Witter and Helgeson hooked up for some fourth-quarter magic against South earlier this season when they connected on a 23-yard touchdown and two-point conversion inside the final 30 seconds as Service pulled out a stunning 14-13 victory.

“Greta is a pocket passer and will pick you a part,” Maldonado said.

Another key receiver for Service is Rygh, who played alongside Helgeson in elementary school. “She has crazy hands and I’m just so glad she joined the sport this year,” said Helgesen.

Coming out of the back field is Simmons, a shifty running back. “She can run like crazy, man,” Helgeson said.

As the QB, Helegeson is more concerned with making first downs than making everyone happy.

“I think they understand it’s about getting open,” she said. “I don’t think anybody gets down on themselves if they don’t get the ball because everybody understands it’s a team effort and it’s all about the team when you play a team sport.” 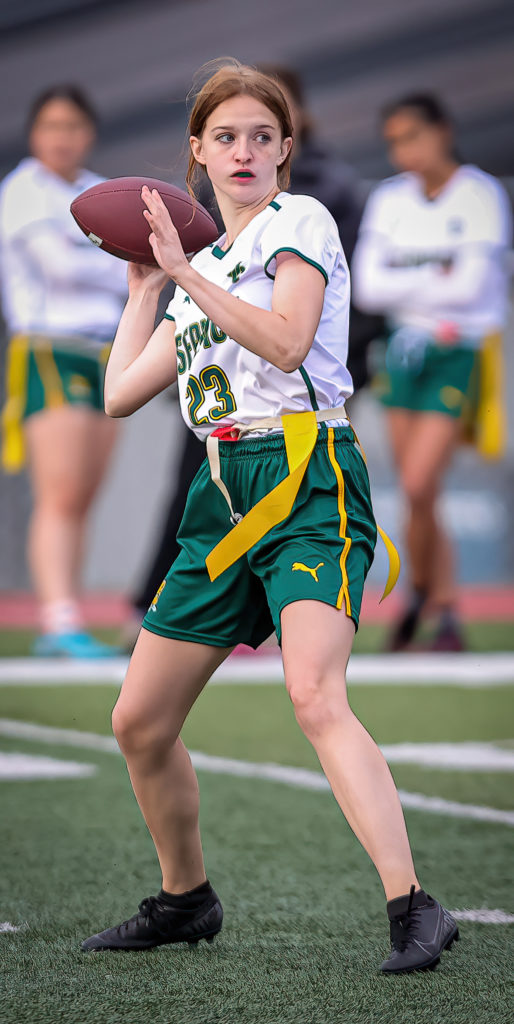 Helgeson grew up in a football household and eat, drinks and sleeps the sport, down to her Minnesota Vikings pajamas.

“One of my favorite memories is when I was really young and my dad wanted me to get active,” she said, “and so he asked me, ‘Would you rather be a cheerleader or football player?’”

She first joined the Dome league when she was just 7 years old.

“I was a receiver back then,” she said. “It’s always been a big part of my life. My dad likes football and my brother played football from pop warner to high school to college.”

Older brother Henry starred at Service before going off to Valparaiso University, where he was a receiver for a couple years. Henry played in a role in his sister’s development as a signal caller, running routes with her and sharing his insight on the gridiron.