CIC Football: Colony responds to coach’s challenge, bounces back for 37-17 win over West 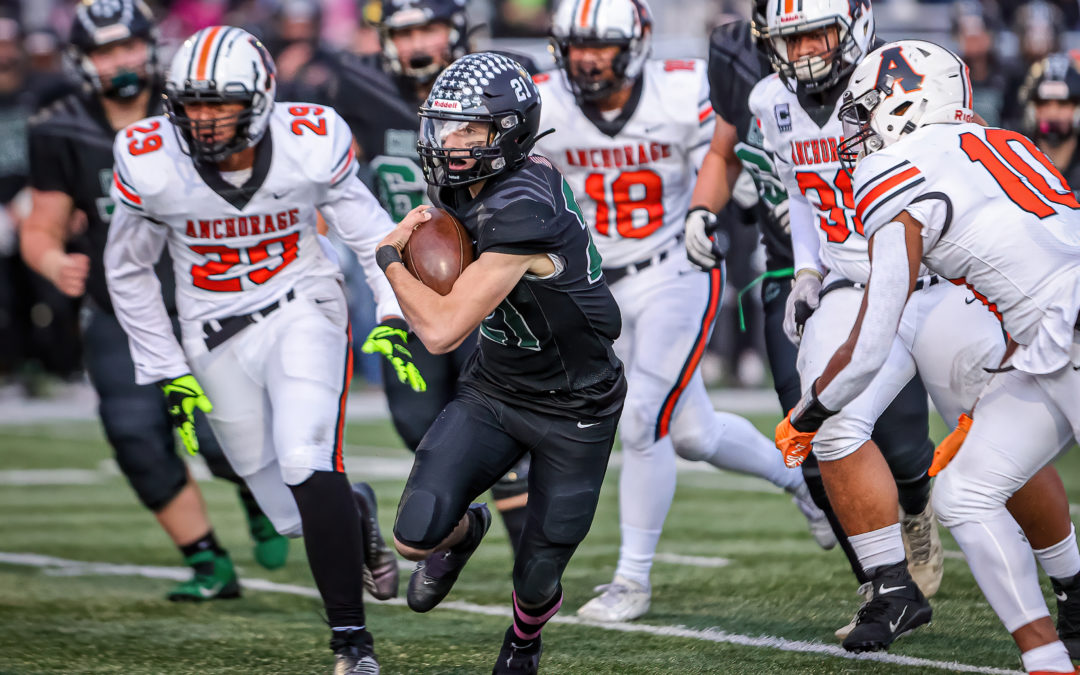 After watching his team get pushed around last week and seeing some guys give up, Colony coach Robbie Nash fired his captains.

He started at the top and worked his way down the line, even clipping the wings of his junior son, Jack, who is the star of the team. Nobody was safe from criticism.

“I challenged them,” Coach Nash said. “It wasn’t a very loving week, you know. It was a realistic week.”

It was a wake-up call and the Knights answered in a big way on their home field in Palmer, defeating West 37-17 in Week 7 of the Cook Inlet Conference.

Quarterback Jack Nash led the charge on offense with four touchdowns and 217 yards of total offense in addition to snagging a pair of interceptions on defense, giving him 10 picks in seven games.

“He stepped up as a leader,” Coach Nash said. “I saw one of my kids got hit pretty hard and turned around and I could tell he was ready to mouth off to another kid, and Jack just grabbed a hold of his facemask and turned him around. It was like, ‘No we won’t have any of that.’” 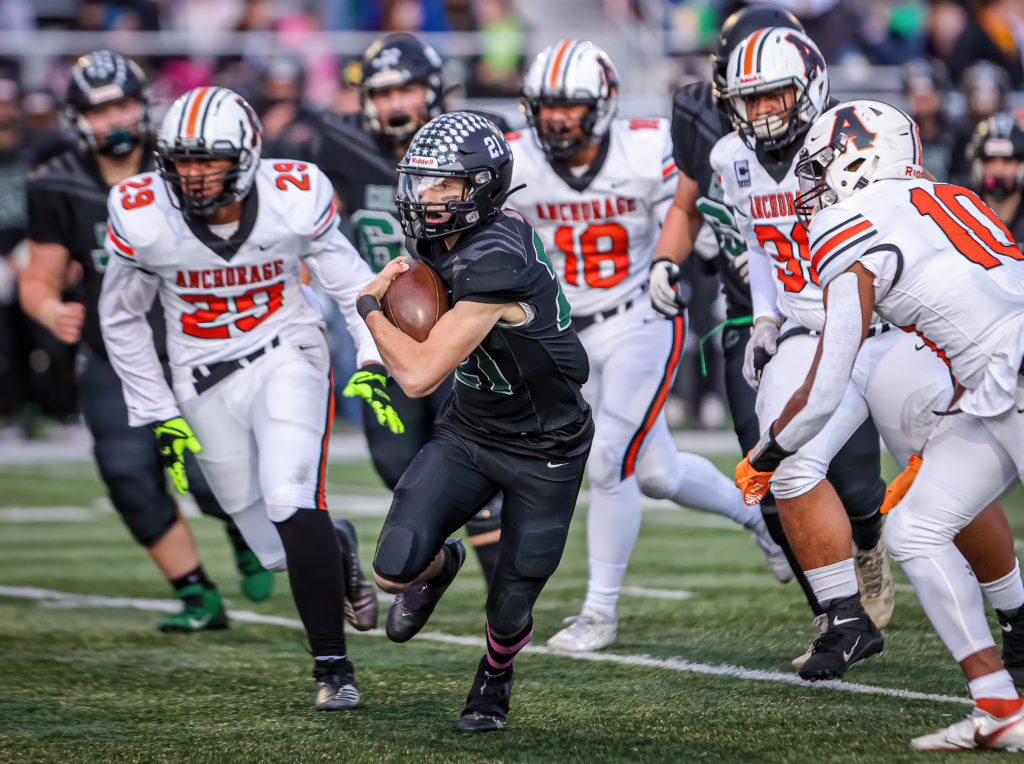 Nash rushed for 90 yards and three TDs, threw for 118 yards and one score, and hauled in a 9-yard reception from wideout Jayce Underwood.

Nash threw a 6-yard scoring strike to wide receiver Trevor Jamison in the second quarter and added other passing plays of 38, 28 and 25 yards.

Last week, he took his lumps in a 46-7 loss to Bartlett. His dad said he took responsibility for the loss, even through there was plenty of blame to go around.

“His leadership stood out; the change from this week compared to last week,” Coach Nash said. “We talked about that at the varsity dinner last night and we let our captains get up and talk. He apologized for not being the leader that he should have been last week when we were down.”

Down but not out, the Knights responded with a resounding victory against a strong West squad that was riding a three-game winning streak.

“They played good tonight, they really did,” Coach Nash said of his defensive unit. “We had a little bit of a lull at the beginning of the second half but the kids stepped up.”

West clawed within 25-17 early in the fourth quarter, thanks to a 10-0 run on Mason Tanoa’s 1-yard TD and Rowan Brune’s PAT and 23-yard field goal.

Colony’s confidence looked shaky. When the Eagles got the ball back, Coach Nash admitted to feeling déjà vu.

But Colony got a stop and then scored 13 points in the span of 30 seconds on Nash’s 2-yard TD run and Aidan Maad’s 14-yard pick six. 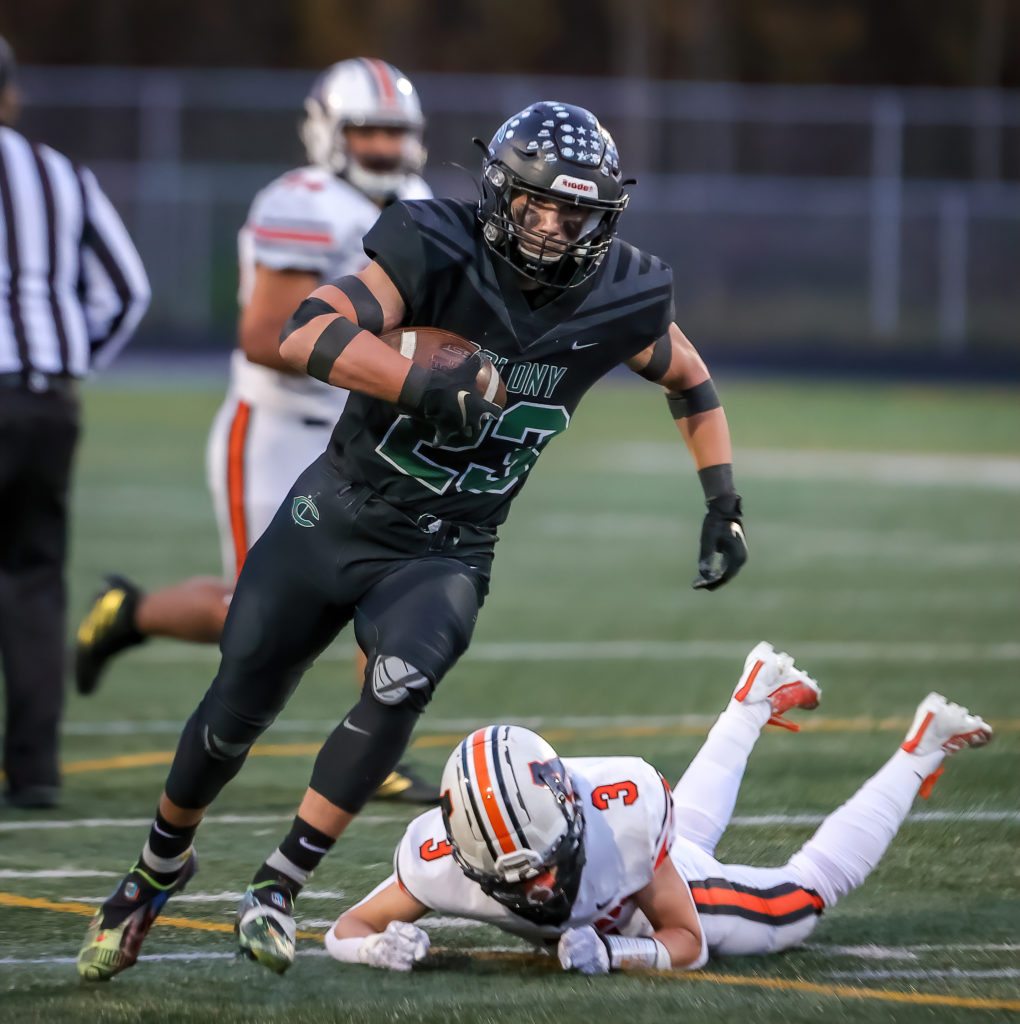 “It was good to bounce back and get some confidence back,” said Coach Nash.

“This was probably the first time we had to really get after them this year. I even talked with them about a leadership rock I used when I was a commander in the Army. It was passed down to me. Everywhere I was deployed I had my leadership rock there, and I got it with me right now.”

Colony’s defense not only forced six turnovers; the Knights also kept West’s offense out of sync and never let the running game find its rhythm.

West quarterback Po’okela Puaoi completed 14-of-31 passes for 162 yards. His favorite target was big Aaron Hampton, a 6-foot-3 wideout who Mossed the Colony defense in the first quarter for a 45-yard TD catch in traffic. 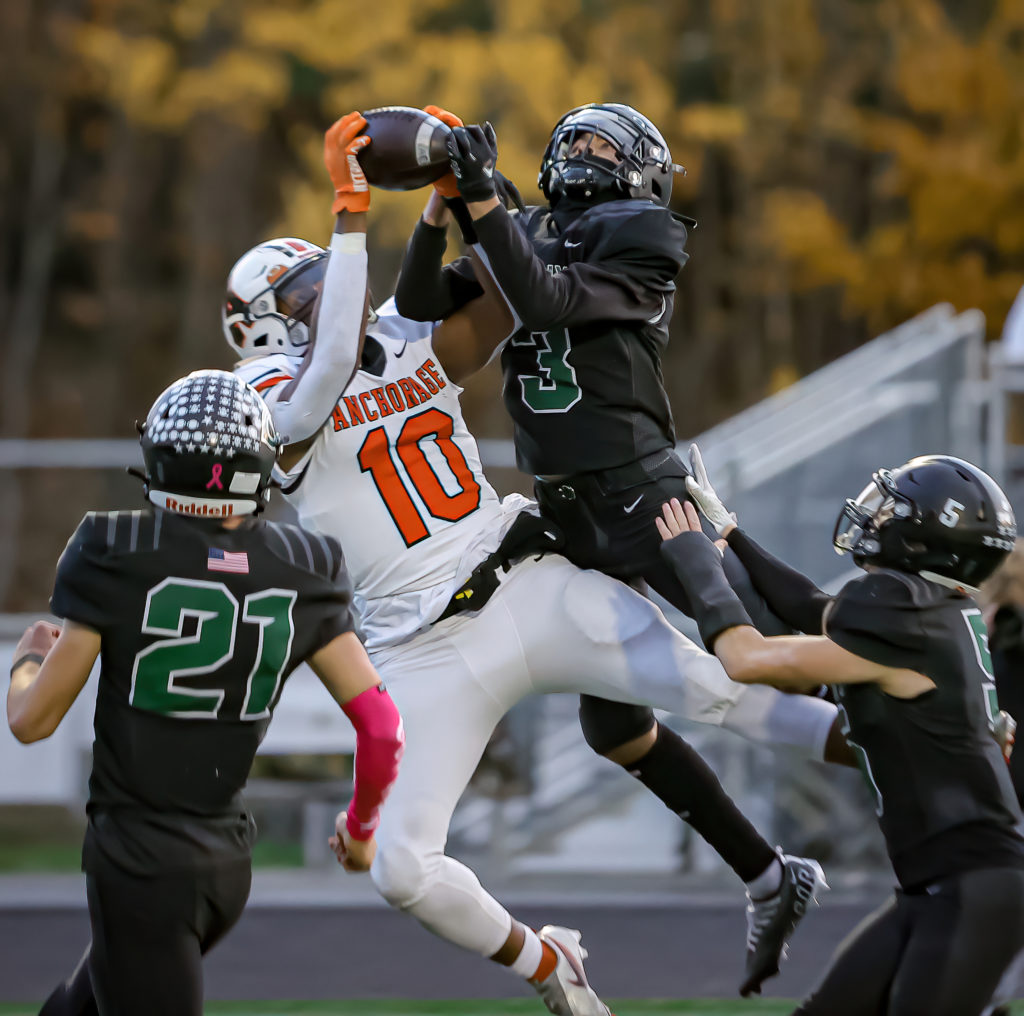 Hampton had four catches for 90 yards and also racked up 20 yards on the ground during his team’s 85-yard scoring drive in the third quarter that helped the Eagles fight back in the game. The long drive featured Puaoi’s 35-yard pass to Ariel Sanchez, two 10-yard runs by Hampton, a 13-yard run by Christian Faletoi and was capped by Tanoa’s goal line plunge.

Tanoa the tank, a bellwether back, ran the ball 18 times for 74 yards and a TD. He also added an interception and a 34-yard kickoff return after the ball deflected off a teammate.

A big bright spot for West came on special teams as the Eagles blocked a PAT, kicked a field goal and got booming punts of 53 and 51 yards from Calin Crowley.