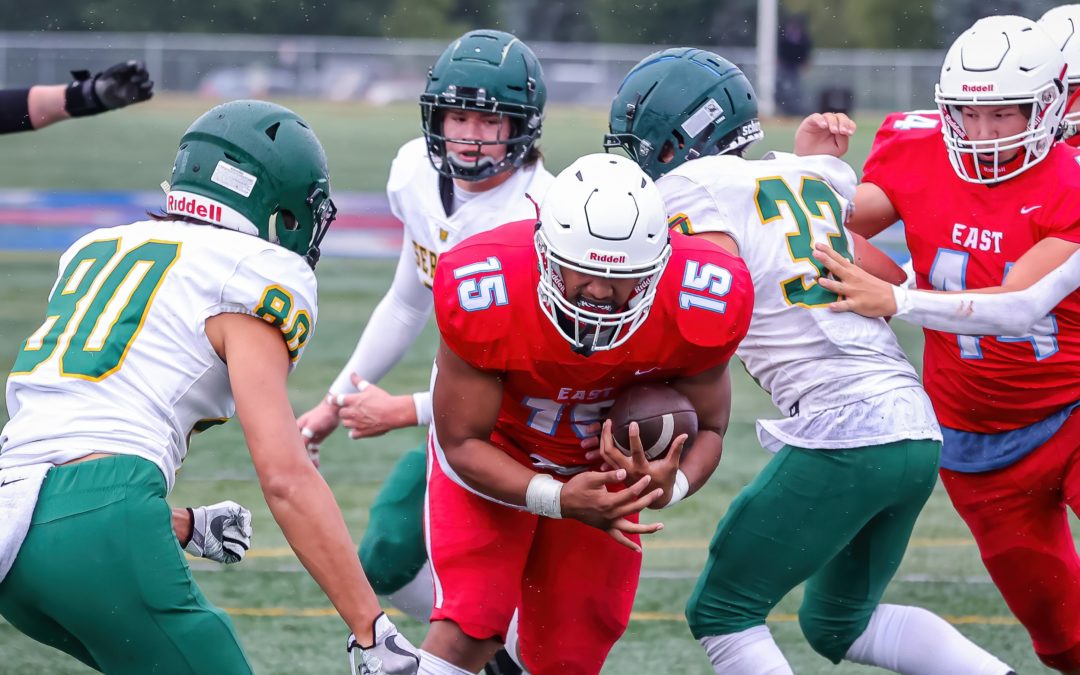 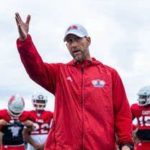 For as much that has gone wrong this season for the East T-birds, they can make it all good in the final two weeks of the high school football season.

Even at 2-3 in the Cook Inlet Conference, East controls its own destiny when it comes to postseason positioning.

All eight teams in the CIC qualify for the ASAA Division I First National Bowl playoffs, leaving an opening for the T-birds to swoop in and swipe a first-round playoff home game. They sit one win behind fourth-place Colony going into Week 7, giving them plenty of motivation going into Saturday’s game at Dimond.

“Dimond is super athletic and have been super close, kind of like us, on winning games and probably feel like us,” said East head coach Jeff Trotter said. “We’re kind of mirror images of each other this year.”

It’s not how you start, it’s how you finish, and Trotter is optimistic his team can turn the corner when it matters most.

“We feel like we’re on the verge,” Trotter said. “We just gotta take that next step. If we can put it together, I don’t think we’ll be a matchup too many people will want.”

East’s defense is what keeps Trotter cheerful about his team’s prospects moving forward, despite an offense that has struggled to hold on to the ball. Turnovers have haunted the defending state champions in close games. 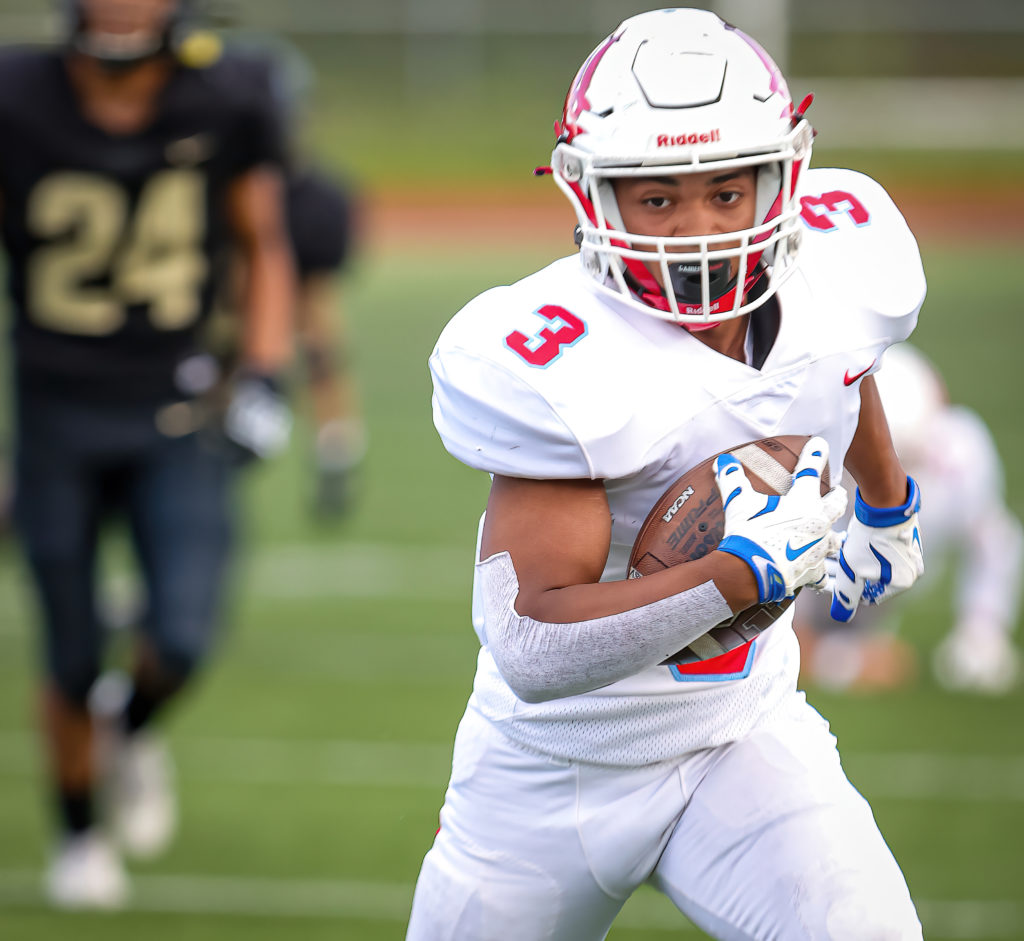 East dropped a 24-21 decision to Colony in Week 2 after turning the ball over five times. In last week’s 21-6 setback to West, the Eagles converted three turnovers into three touchdowns.

East actually outgained West by more than 100 yards but the Eagles scored two defensive TDs and used another interception to put them at the doorstep for another score. “Our offense was basically their offense,” Trotter said.

He needs his team to stop shooting itself in the foot.

“The offense moved the ball really well against a solid West defense. Don’t take anything away from them – they are good and they stuffed us several times,” Trotter said. “We had positives on offense and then it would get stymied. If the offense can catch up and keep the ball out of the other team’s hands, we can be kind of scary to go up against.”

Trotter has been the head coach at East since 2011, compiling a 69-39 career record and winning state championships in 2021, 2018 and 2016. He knows what quality looks like and sees something special brewing with the T-birds.

“I like this team, I like the kids,” Trotter said. “We knew we had a young bunch coming in. It’s hard to say at 2-4 you have a chance to be competitive, but we’ve had teams that weren’t successful and it was a different feel.”

Puni Pa’u is a big reason why Trotter is so hopeful. The senior is a catalyst for East on both sides of the ball. The 5-foot-10, 240-pounder is a steady running back who is money around the goal line. He also anchors a stout defense that is better than it looks on paper. 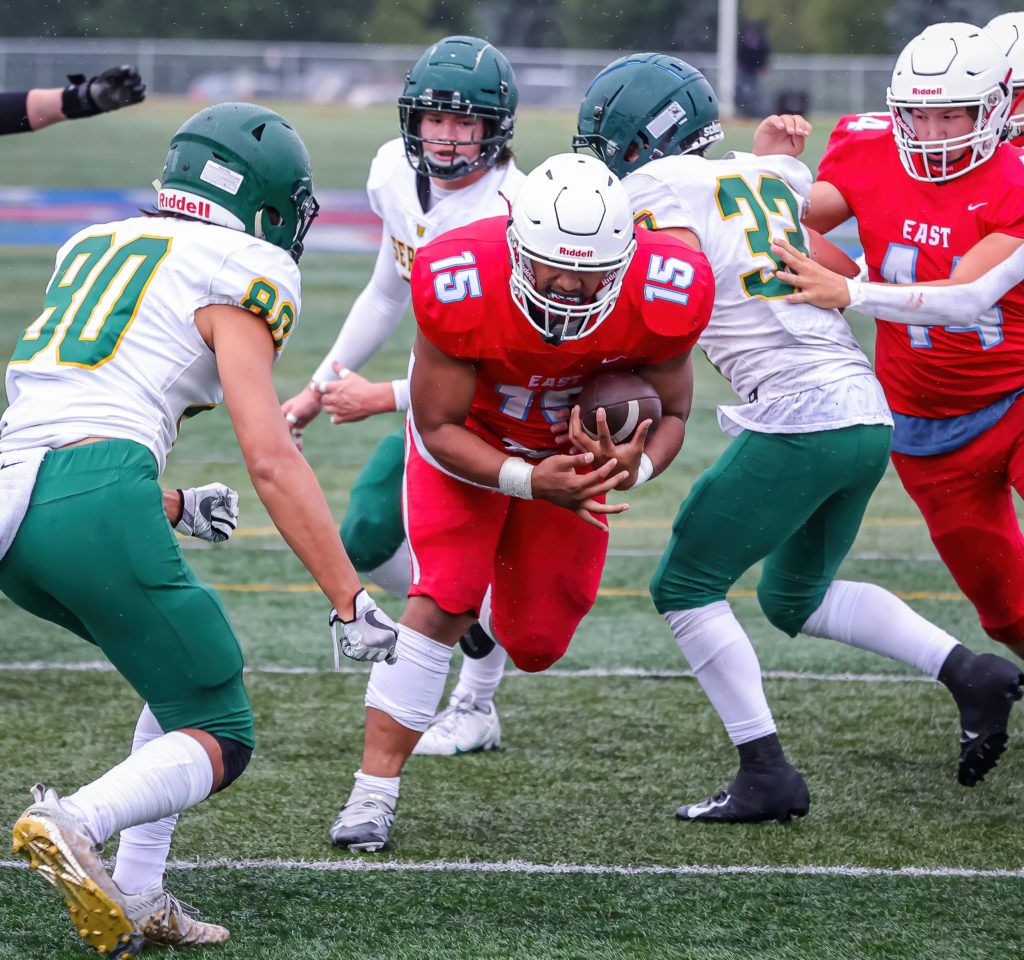 East showcased a new-look defensive front four against West after mixing and matching throughout the season, settling on the fearsome foursome of Jarrish Toa, Peter Mataia, Josiah Tela and Leland Papalii.

“All four of those guys did a pretty dang good job,” Trotter said. “After last game I had people remind me, ‘Man, your defense looks like the last four years.’ Yeah, it does have that feel.”

Pa’u is a marvelous middle linebacker in East’s 4-3 defense, the straw that stirs the drink, if you will. “He’s trying to be the quarterback back there as much as possible,” Trotter said.

“He’s probably got the best work ethic on and off the field. He’s a polite kid, gets good grades, does everything the right way. He kind of leads by example. He does get fired up, so when he says something, they are going to listen.” 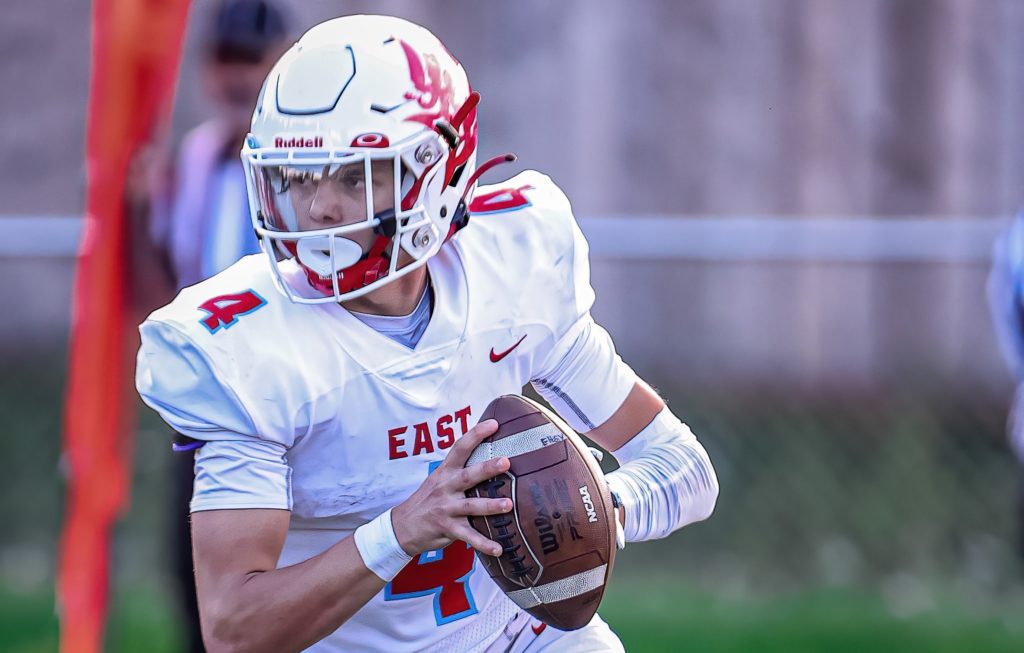 The East offense is still adjusting to quarterback Austin Johnson, who is 1-1 as a starter since taking over for injured Azariah Atonio. Two years ago, when they were freshmen playing for the C team, Johnson filled in for Atonio during an undefeated season. They are even bigger shoes to fill in the CIC.

“Azariah threw for 500 yards in last two games before he got hurt,” Trotter said. “Honestly, he’s probably the best thrower in the state.”

Johnson moved from wide receiver under center and is more of a running quarterback. He took his lumps against West but showed Trotter that he had the durability and tenacity needed to be a successful signal caller in the CIC.

“I tell you what, he is tough,” Trotter said. “He got battered a little bit last game and some of it was his own making just because he was hanging onto the ball a little longer, but there were some times he just to flat out run over and popped up. He doesn’t start complaining to anybody, he just gets back in there.”