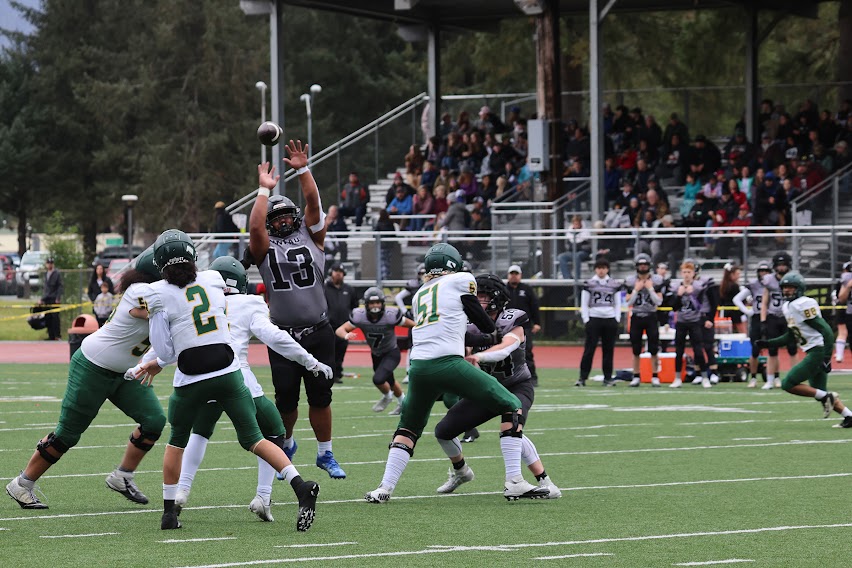 Juneau got rushing touchdowns from four different players and the Huskies racked up 494 yards on the ground to run over Service 49-32 in the capital city.

Williams ran the ball 22 times for 224 yards and two scores. He also threw a 43-yard TD pass. He also set the tone after scooting around the left end and going untouched for a 51-yard TD run on the second play of the game.

The senior quarterback led Juneau to TDs on its first three drives, two scores on the ground and one through the air after hitting a wide-open Johnson over the top for a 21-0 lead.

In the last two weeks, Williams has accounted for 466 yards of total offense and eight TDs. The best player on the best team in the league has got to be a frontrunner for CIC MVP honors going into Week 8. 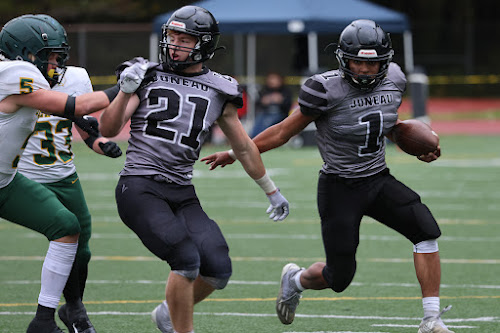 Service outscored Juneau 26-21 in the second half behind an awesome air attack orchestrated by quarterback Jonathon Tautua. He did most of his best work across the third and fourth quarters after leading scoring drives of 88, 64 and 65 yards.

Service running back RJ Fine was busy, carrying the ball 32 times for 145 yards. His work between the tackles forced Juneau to respect the run, which opened up the passing game.

Tautua’s backup also lit it up, coming into the game late in the fourth quarter and completing back-to-back passes including a 37-yarder to Mason Crosby with 15 seconds left.

With Juneau leading 21-6 in the second quarter, Johnson took a reverse 26 yards to the house.

Right before halftime, Service marched 75 yards to reach the 7-yard line but stalled when a fourth-down pass was knocked down by a Juneau linebacker at the goal line. 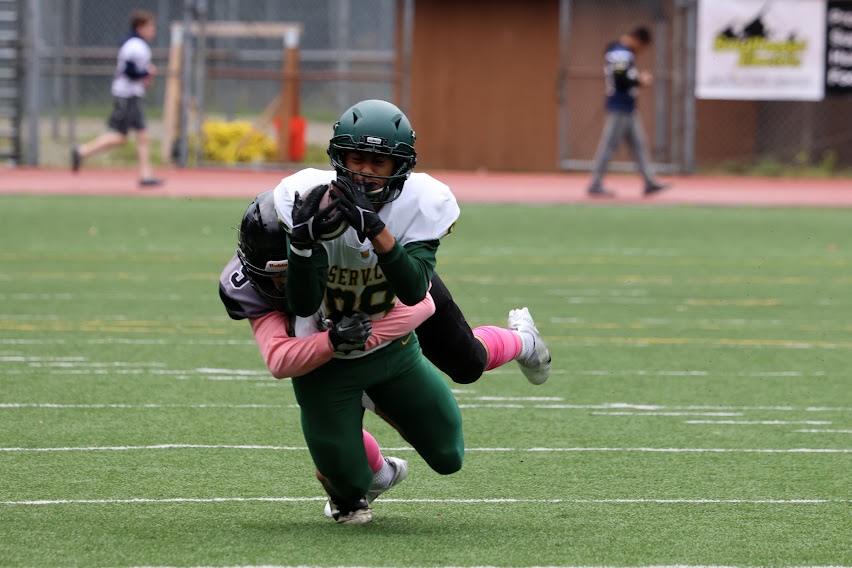 Service’s Tinius Manu holds onto a tough catch while being tackled by Juneau’s Chris Harris. Photo by Ben Hohenstatt/Juneau Empire

In the third quarter, Service pulled within 35-12 after driving 88 yards capped by Tautua’s 5-yard scoring strike to Ethan Hopper, who fought through a tackle to reach the end zone. Other key plays on the drive included Tautua’s 30-yard pass from Elijah Bartz, Crosby’s 13-yard run and Fine’s 13-yard run.

In the fourth quarter, Juneau stretched its lead to 42-18 after Grant broke off a 49-yard TD run on a misdirection play that worked to perfection.

Service kept coming, with Tautua and Manu combing for 46 yards on a 65-yard drive punctuated by a 35-yard TD pass, set up by Tautua’s pump fake and Manu’s double move.

The Cougars finished with 451 yards of total offense.