CIC Football: Juneau moves to 6-0 behind 5 TDs from quarterback Jarrell Williams in 35-13 win over South 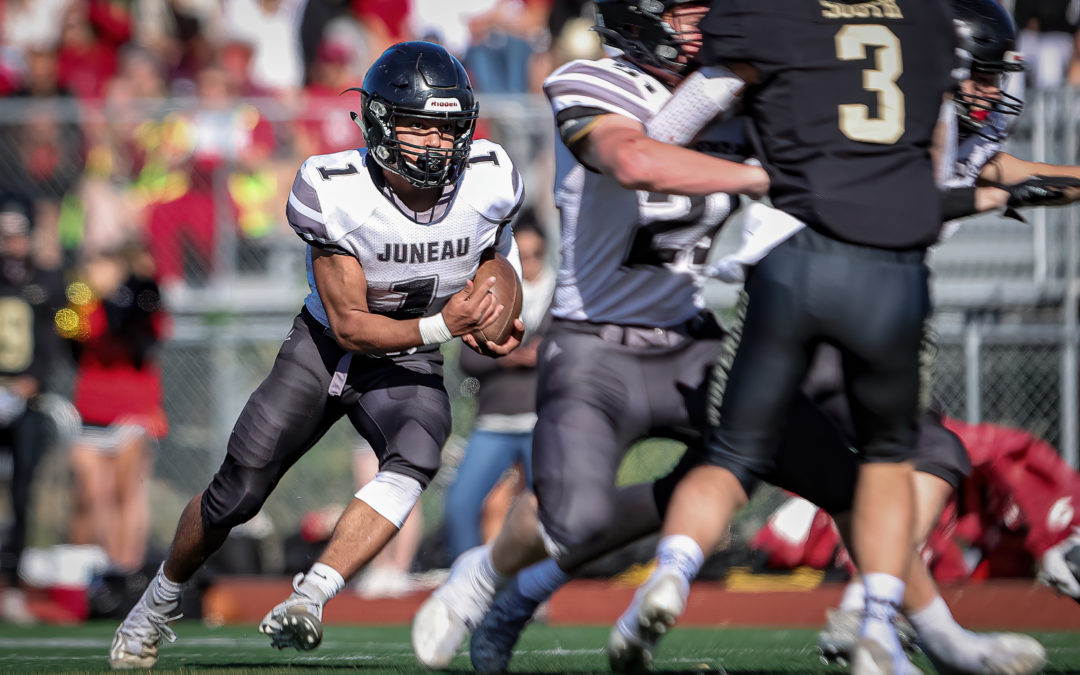 With Juneau banged up, quarterback Jarrell Williams got down.

The senior signal caller furnished five touchdowns and accounted for 199 yards of total offense to power the Huskies to a 35-13 victory over South in Anchorage.

Williams rushed for four scores and threw for another as Juneau pulled away from a tied game at halftime to move to 6-0 on the season and 5-0 in the Cook Inlet Conference.

Williams racked up 163 yards on the ground and another 36 yards in the air, including a 14-yard scoring strike to MJ Tupou in the fourth quarter.

“I went and found him right after the game and told him ‘I’m super proud of you today,’” Juneau head coach Rich Sjoroos said of Williams. “When times are tough, we lean on him and he always comes through for us.”

Juneau was without injured star running back Jamal Johnson, while standout wide receiver Jayden Johnson played but was limited due to an abdominal strain. 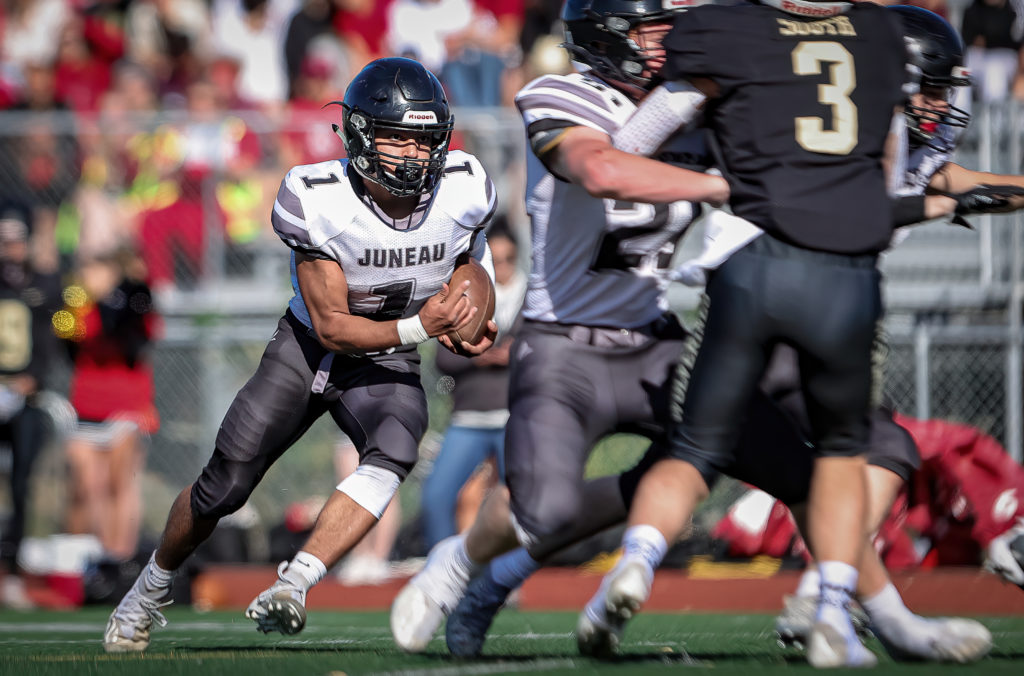 As a result, the majority of playmaking duties fell on Williams, who rose to the occasion in a big way and had a hand in 35 of his team’s 48 offensive plays.

He scored on runs of 30, 5, 1 and 16 yards, using his speed to dart through holes and beat defenders to the edge. He’s a shifty runner but he’s also a tough runner, breaking tackles and pushing the pile.

“He really put out a huge effort. He plays defense, too, and he’s out there tackling on the fly sweep and covering guys on routes,” Sjoroos said. “He doesn’t leave the field a lot. The energy he brings is pretty impressive.”

The Huskies needed his energy, especially in the first half against a spirited South team looking for its first win of the season.

Juneau countered quickly, scoring 65 seconds later thanks to a big kickoff return by Jayden Johnson coupled with three runs for 45 yards by Williams, capped by a 30-yard TD. 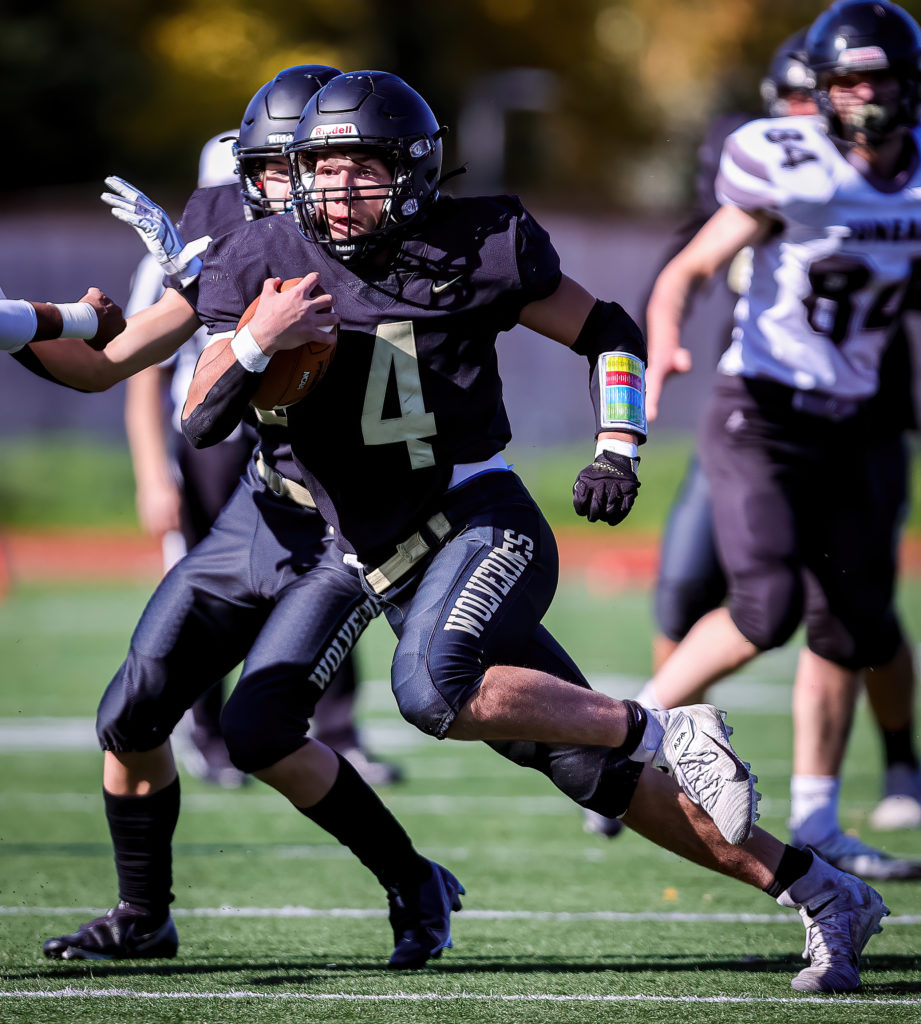 In the second quarter, Juneau took a 13-7 lead only to see South storm back and march 74 yards for the tying score on a 4-yard run by Bridges, who finished the first half with 118 yards and two TDs.

“South really came out firing at the beginning of the game,” Sjoroos said. “Credit to them. They were playing good and had us on our heels a little bit.”

“I talked to them at halftime and just said, ‘Guys, you gotta make plays.’ That’s what a lot of these games come down to,” Sjoroos said. “Second half the lineup both sides did a good job and helped us get the win.”

Juneau also seized opportunities, winning the turnover battle 4-to-1 and turning three of them into touchdowns including two in the second half.

“In high school football, these games go pretty quick and you get put on a short field, extra possessions can be the difference and it definitely was today,” Sjoroos said. 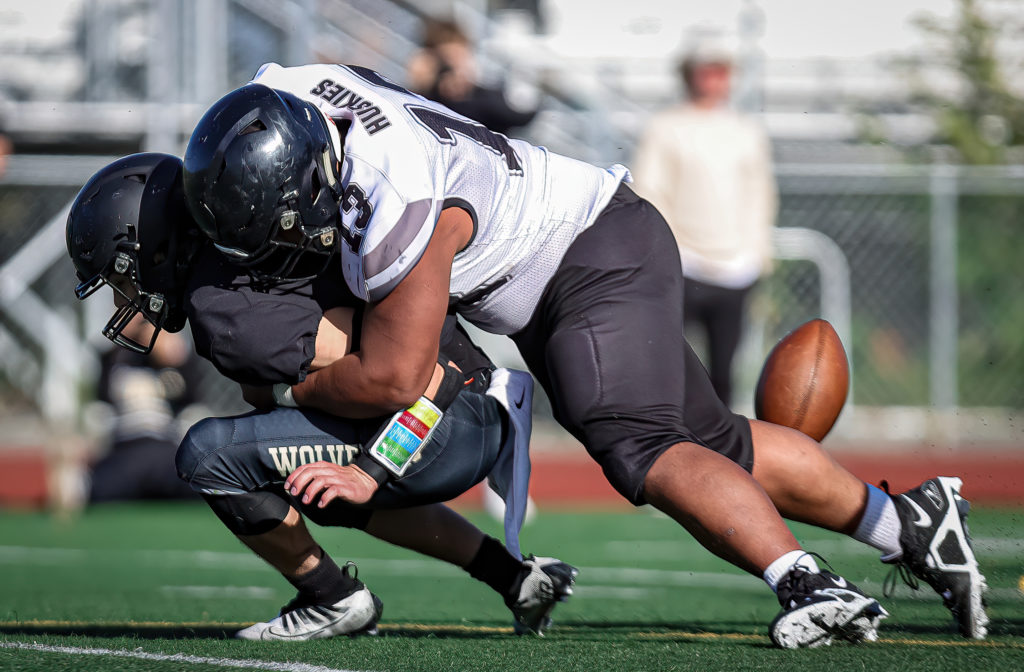 Juneau owns a 21.3-point average margin of victory during its six-game winning streak to take command in the CIC entering a Week 7 home game against a surging Service squad. The Huskies are averaging 30 points on offense while allowing just 9 per game.

Even still, Juneau’s on the knife’s edge of invincibility and vulnerability.

“We got a good team, but we’re still trying to find depth and it’s a challenge,” Sjoroos said. “We’ve probably got the smallest roster of any team in the Cook Inlet Conference and it’s a challenge every week to hang with these bigger schools, but I think the kids are doing a good job. We just kind of do a reset every week and see who we have to work with and come up with a good plan.”

Several seniors stepped up like Tupou, who caught a TD pass on 3rd-and-7; Lucas White, who hauled in a 22-yard reception and recorded a game-ending sack; and kicker Matt Spratt, who went 3-for-3 on PATs.

“I love this senior class,” Sjoroos said. “I’m gonna be sad when this is over. I keep telling myself to just enjoy the moment.” 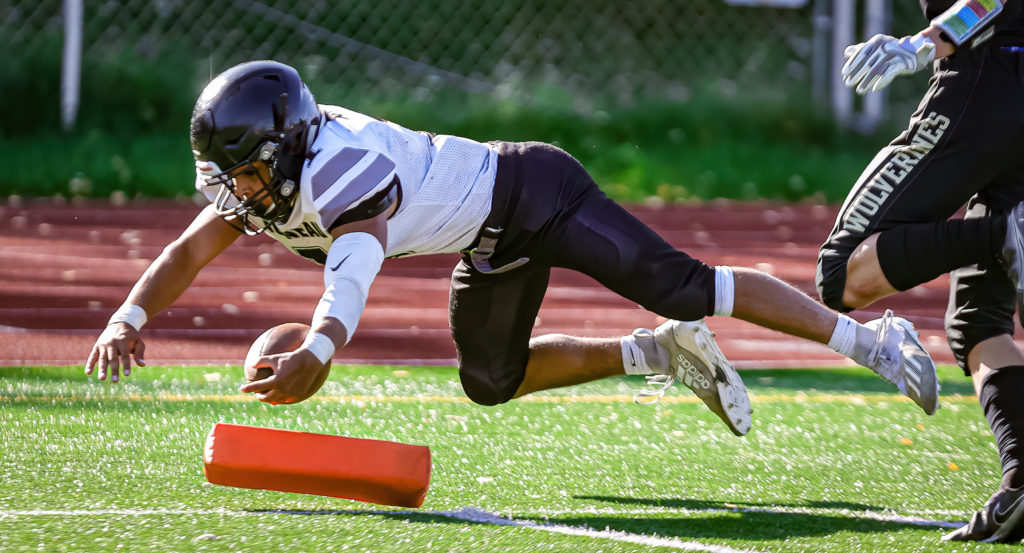