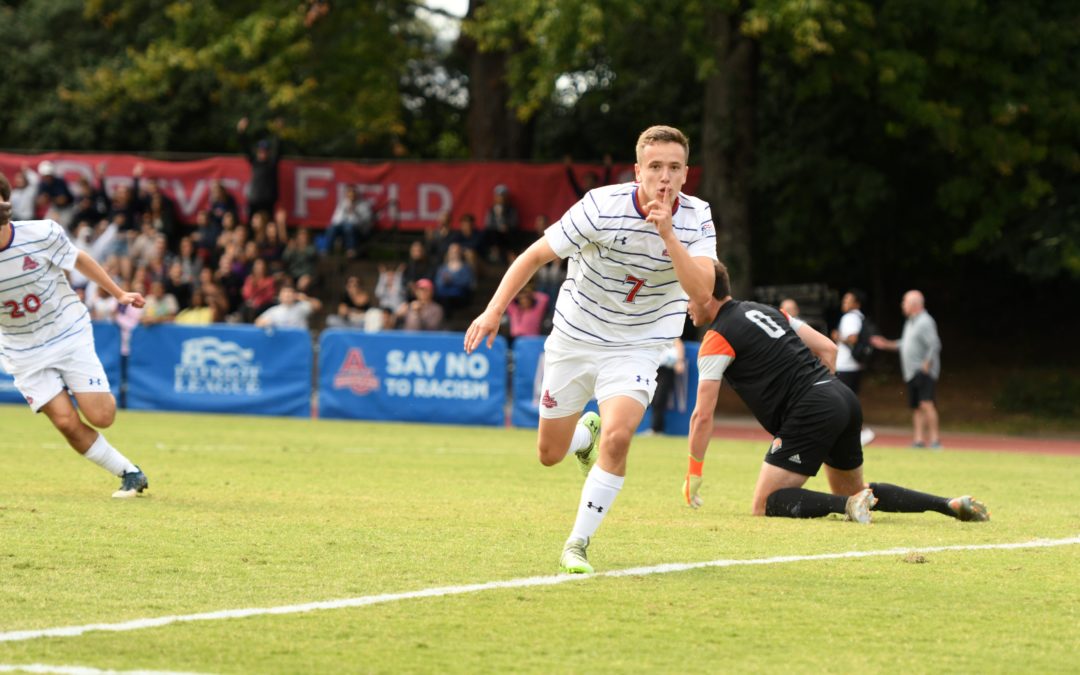 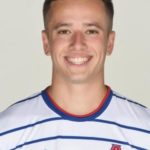 Anchorage’s Jack Green isn’t a magician, but he played one for the American University men’s soccer team late in the first half against Bucknell.

The senior midfielder danced, deked and delivered the primary assist on the equalizing goal and later bagged the go-ahead score in a 2-1 Patriot League victory.

Green’s game-winning goal at the doorstep was nice, but his assist on Evan Schweickert’s score in the 43rd minute was supreme.

The buildup was beautiful, a series of skillful moves that saw the Alaskan dribble around half the Bucknell team in a calm, cool and collected fashion.

Green, of West High fame, started the play on a throw in and quickly got the ball back near the sideline, surrounded by a trip of defenders. He looked cornered, but not for long as he pierced through the zone defense with precision and determination.

“Bucknell was man marking us pretty well,” Green said. “I had a good touch into space and the seas split, so I kept on driving to find that opening which ended up being the layoff.”

FINAL | A second half goal gives the Eagles the win in their Patriot League home opener! pic.twitter.com/rezS4W5oyg

Once he emerged from the opening he created, Green was immediately met by a Bucknell defender. No sweat; Green blew by him thanks to deft dribbling and a strong left foot.

Drawing all of the attention, he was boxed in by a quad of defenders. As they closed in Green gave a touch pass to Schweickert, who blasted a rocket from 30 yards out.

It begged the question: Was the pass better than the goal? In this case, yes.

“Confidence in my ability to take players on and make the right decision in these moments,” he said.

Green later scored the go-ahead goal in the 73rd minute.

This was the second time in 43 career appearances that Green has had three points or more in a game. He has furnished 5-5-15 scoring totals with the NCAA Division I team in Washington, D.C.

“It was a great team fight and I’m just happy for this group and our ability to be resilient and grind out the much-needed and important three points,” Green said.