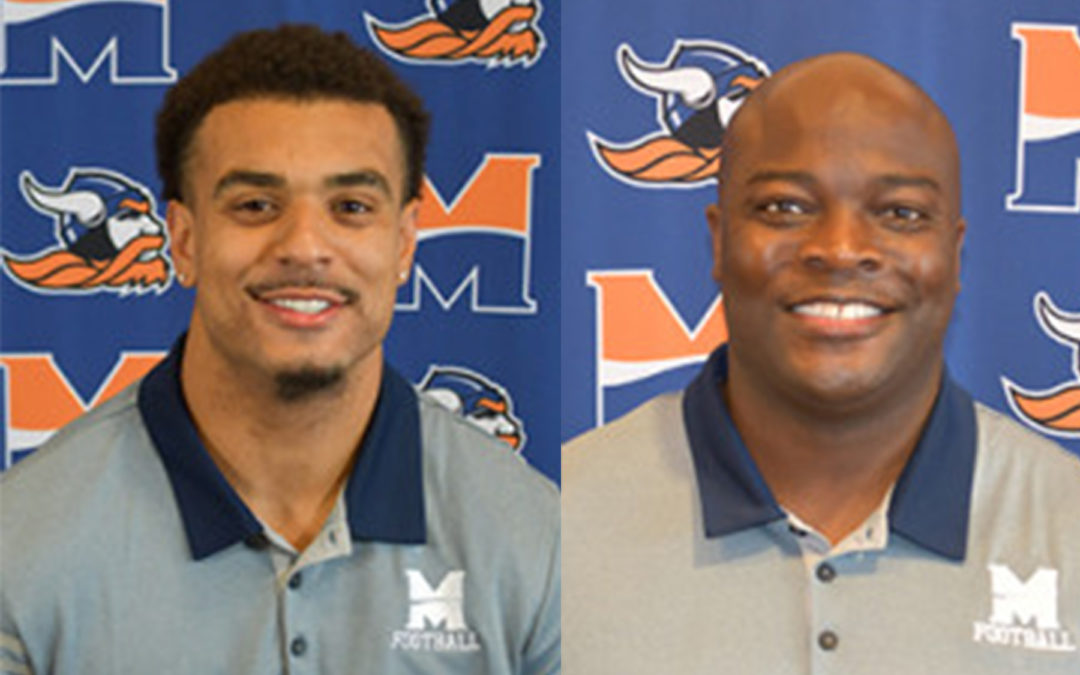 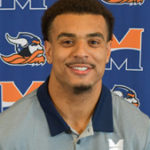 Kingsland wanted to copy Bowman in every way – repping Bartlett, playing cornerback and wearing No. 14, the same one Bowman sported in the early 2000s when he starred for the Golden Bears as a two-time all-state playmaker.

“I looked up to him,” Kingsland said. “I was young when he was in Alaska but my mom is a Bartlett grad and I’ve always been around Bartlett, so I knew about him growing up.”

Today he is coached by Bowman at Midland University in Nebraska, a NAIA school where Bowman is a fourth-year assistant and Kingsland a junior defensive back.

Kingsland last weekend broke up two passes including one late in the fourth quarter as Midland held off Hastings 14-10 in the Great Plains Athletic Conference.

“Being in position to help my team win by making plays, it feels amazing, especially knowing you have your role model watching,” Kingsland said.

Kingsland credited a good week of preparation in practice, highlighted by film study with Bowman, a veteran of 99 NFL games (fifth most by an Alaskan). 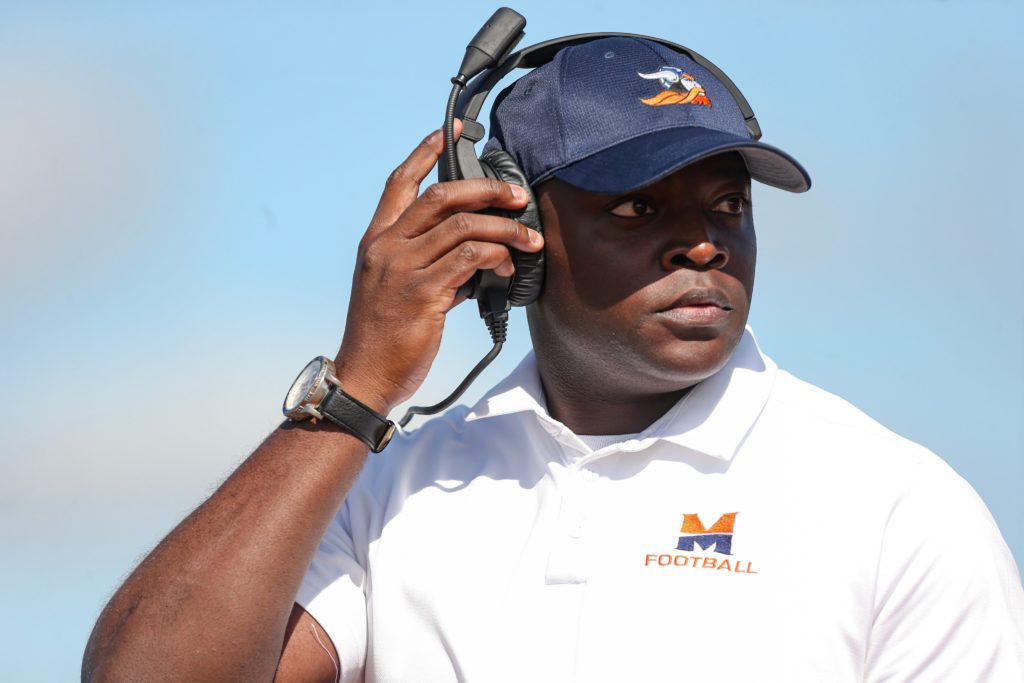 Anchorage’s Zack Bowman has been an assistant at Midland University since 2019.

“Coach Bowman is phenomenal about breaking down film and everything he said they were going to do on Saturday, that’s exactly what they did,” he said. “He tells us all the time, ‘If you just listen to me and be where I tell you to be, you will make plays.’ Some people trust it, some people don’t.

“I trusted everything he told me to do throughout the week and it helped me make some plays.”

Bowman is Alaska football royalty – from Bartlett to the University of Nebraska to eight seasons in the NFL.

In 2000, as a Bartlett sophomore, Bowman had 57-yard and 93-yard punt return TDs in back-to-back weeks. In 2001, he had punt return TDs of 60 and 45 yards. In 2002, he helped Bartlett win state titles in football and basketball. He finished his prep career with 24 interceptions before opponents stopped throwing in his direction altogether.

At Nebraska, the JC transfer played in 22 games and set a school bowl-record with five pass breakups at the 2008 Alamo Bowl. More importantly, he sealed a 32-28 win over Michigan after making a game-saving tackle on a wild final play that featured a pass, a half-dozen laterals and a fumble. 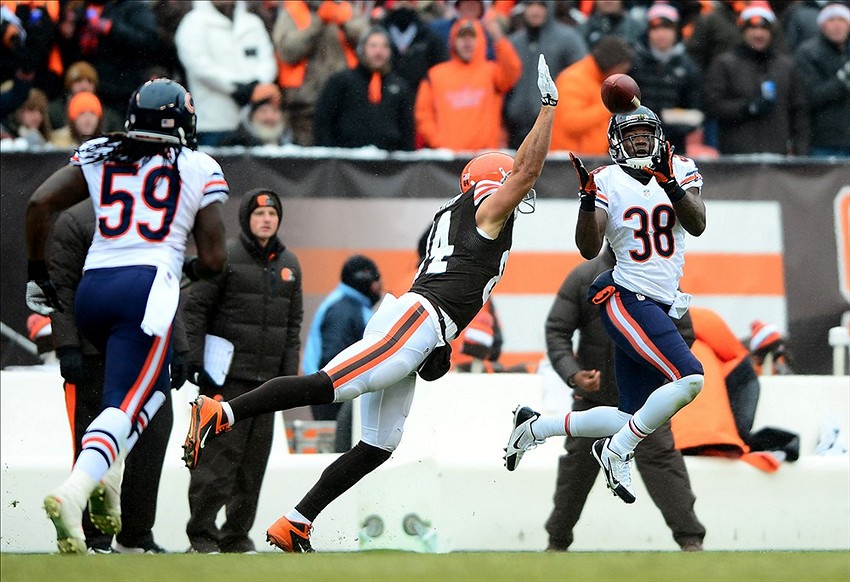 He played eight seasons in the NFL from 2008 to 2015, mostly with the Chicago Bears. He scored three TDs and grabbed 13 interceptions – second among Alaskans behind Reggie Tongue’s 15 picks.

“Every week you’re getting graded from a corner that played at the highest levels. That type of knowledge, it’s like second to none,” Kingsland said. “To get that at the NAIA level; people don’t even get that at the Division I level. It’s a blessing.”

Kingsland is the latest in a line of elite cornerbacks out of Bartlett. Before Bowman there was Delvin Myles, who in the 1990s went from junior college to Oklahoma State to the Canadian Football League. Kingsland said Myles is “like my uncle” and played a role in his development at defensive back. 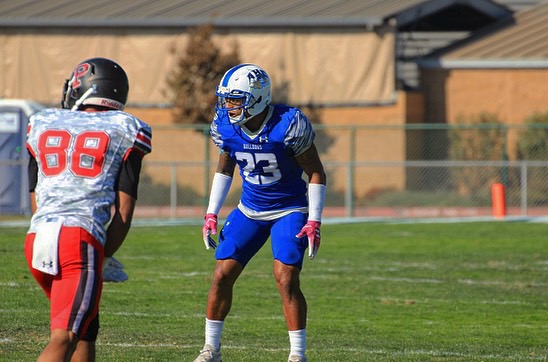 Kingsland played two years of JC ball at Allan Hancock College in California before coming to Midland. But it almost didn’t happen.

Initially, Kingsland didn’t consider Midland among the schools recruiting him, in part because he had piqued the interest of some NCAA Division I schools. But a conversation with former Bartlett coach Daniel Esparza changed his mind.

“He let me know, you can go to the Division I level and try to get experience or you could go play for somebody who has played at that level and has all the experience and connections in the world and build a relationship with somebody who has been in the exact same situation you were,” Kingsland said. “So I chose to come out here.”

Funny enough, it was Esparza who made Kingsland change jersey numbers as a sophomore when he made varsity because Bowman’s No. 14 had been retired, and later he’s the one leading Kingsland to Bowman himself. The allure of playing for a college coach from the same high school was too good to pass up.

“He’s coaching you hard, but at the same time he’s rooting for you because just like he’s a hometown kid, you’re a hometown kid,” Kingsland said, “so that feeling right there makes it feel like you’re playing Division I football even though you’re not.”