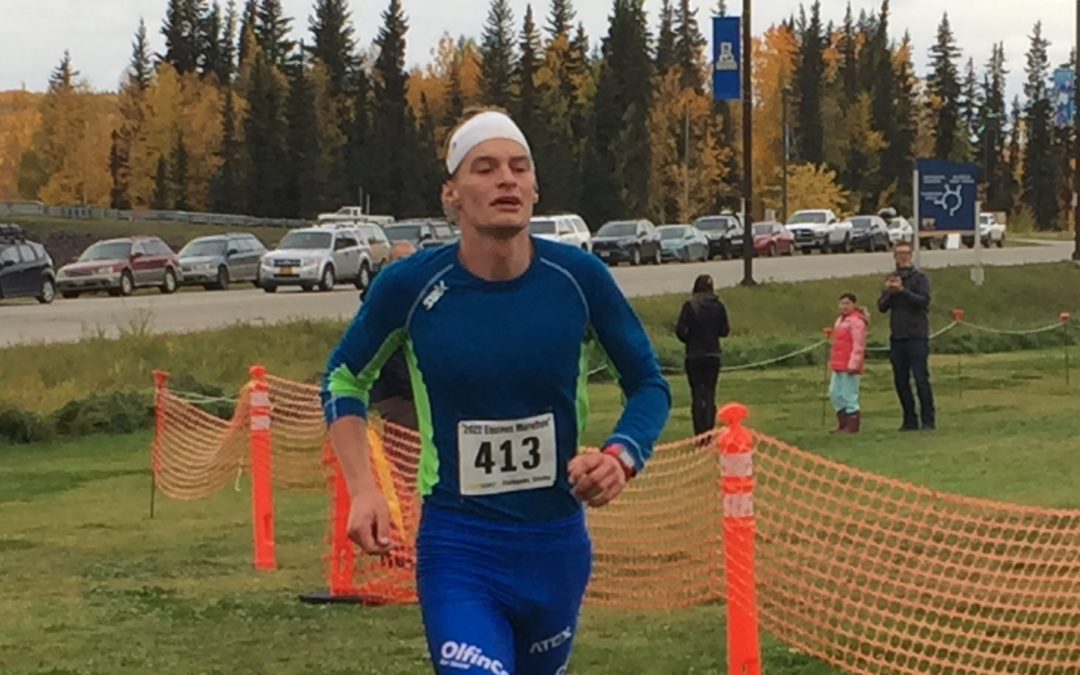 For the first time in 59 years, a skier at the University of Alaska Fairbanks has won the Equinox Marathon.

The iconic race was founded by the UAF ski team but none of its current athletes had won since Nat Goodhue and Gail Bakken claimed the inaugural event in 1963.

That finally changed on Saturday when UAF skier Mike Ophoff came from behind to prevail in 2 hours, 55 minutes and 58 seconds.

College skiers filled the top three spots as Magnus Noroey of the University of Alaska Anchorage placed runner-up in 2:56:38 and UAF’s Christopher Kalev was third in 2:58:51. All were Equinox rookies.

All three are also foreign athletes — Ophoff is Czech, Noroey is Norwegian and Kalev is Estonian. Ophoff, who placed fifth at the 2022 NCAA Ski Championships in the 10-kilometer classic while Kalev was fourth, joined two Norwegians — UAF ski coach Ole Kristiansen in 1976 and Harald Aas in 2008 — as the Equinox’s only foreign champions. 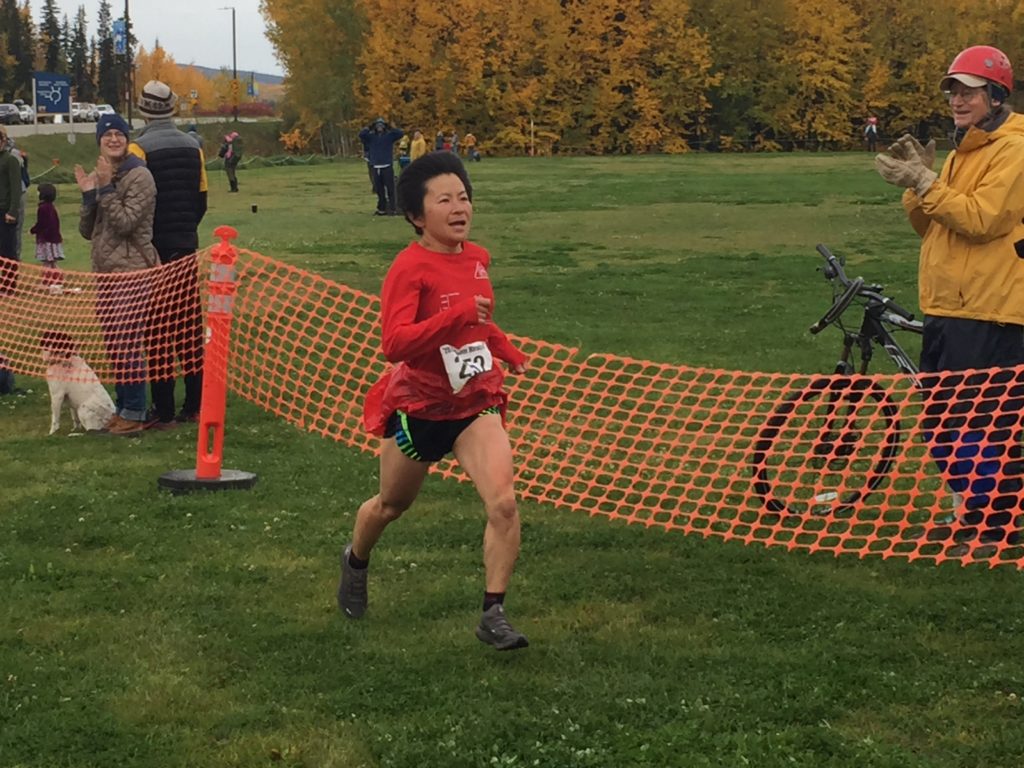 The drought for the Nanooks in a race they founded can be attributed, in recent decades at least, to the fact that UAF skiers have doubled as cross country runners and its coaches did not permit them to run the Equinox Marathon because that would have disrupted their cross country season. Instead, coaches compromised by sometimes allowing UAF skiers and runners to participate in the three-person relay where each member would only need to run 8-9 miles.

However, Ophoff, Kalev and Noroey are all primarily focused on college ski competitions, not cross country running meets. So their coaches — Eliska Albrigtsen at UAF and Trond Flagstad at UAA — allowed their athletes to enter the full marathon.

Given the opportunity, they showed what’s possible — although on Saturday it was Tobias Albrigtsen (Eliska’s husband) who grabbed the early lead.

Albrigtsen reached Goldstream Sports, the checkpoint just past 8 miles, in 54:17. He was closely followed by the quartet of Ophoff, Noroey, Cody Priest and Galen Hecht just 12-14 seconds behind.

Amid favorable conditions and brilliant fall colors, Albrigtsen broke the race open on the four-mile climb of Ester Dome, where his lead reportedly reached two minutes.

However, by the Mile 17 checkpoint on Ester Dome, Albrigtsen’s advantage had been whittled to 57 seconds over Ophoff and 1:15 over Noroey.

Then the race really got interesting as Albrigtsen faltered on the steep descent of Ester Dome. He was first passed by Ophoff at mile 20 followed about three minutes later by Noroey.

Noroey then chased down Ophoff on lower Henderson Road and the pair ran together to mile 25. On the final half-mile climb through the UAF woods, Ophoff attacked, which triggered leg cramps for Noroey as he tried to keep up.

Ophoff had forged the final gap he needed and won by 40 seconds before collapsing in the finish chute.

Following the foreign trio, Anchorage’s Priest placed fourth in 3:02:11 for his ninth top-five finish without a victory. Albrigtsen slipped all the way to fifth in 3:04:07.

Scenes from the Equinox Marathon in Fairbanks this weekend pic.twitter.com/szLP2SEsT2

In the women’s race, a pair of 42-year-olds from Palmer dueled, with the lesser heralded Meg Inokuma seizing her first Equinox win over six-time champion Christy Marvin.

In 2021, Inokuma ran the fourth-fastest time in history but placed fourth. On Saturday, she ran the sixth-fastest time ever in 3:15:29 and it was more than enough to hold off Marvin (3:21:22) and claim the biggest win of her running career.

Inokuma, who previously suffered from anemia that stunted her race performances, added an Equinox title to a resume that includes two victories at Seward’s Lost Lake Run and a record at the 50-mile Resurrection Pass Ultra.

Inokuma and Marvin ran together to the mile 8 checkpoint, arriving there in 58:43. Last year’s runner-up, Megan Youngren of Soldotna, was surprisingly already 91 seconds behind. 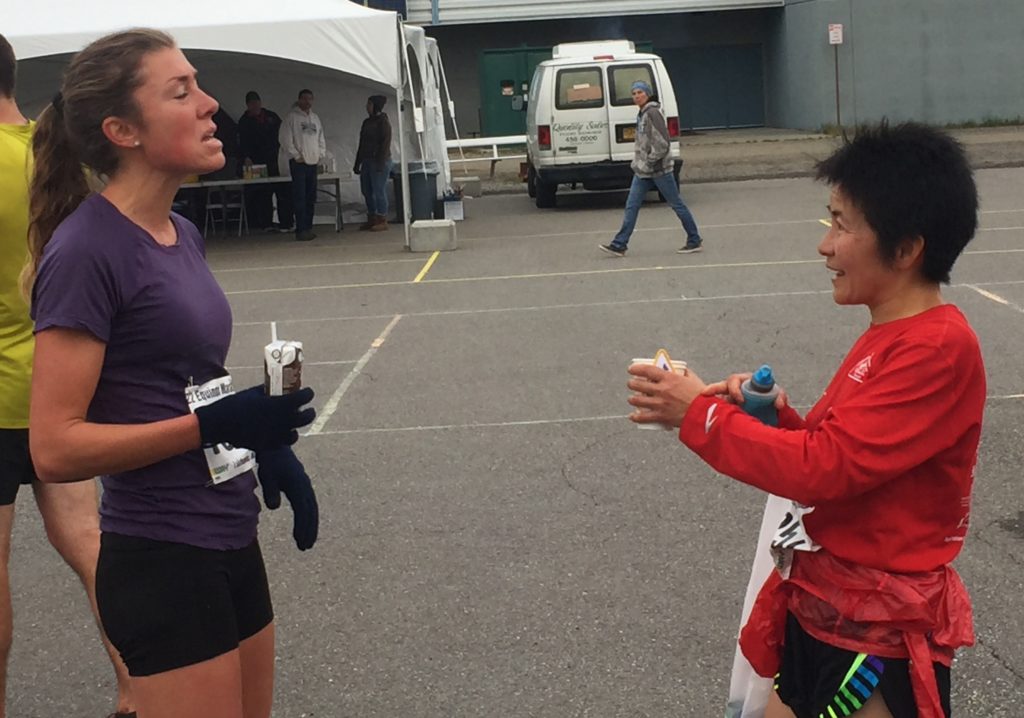 Inokuma forged a 2:21 lead over Marvin between miles 8-17 — a stretch that includes the climb of Ester Dome and the rolling out-and-back section — and Marvin later said trying to keep up with Inokuma sapped her strength for the final third.

Inokuma’s lead continued to grow on the descent and she avoided the debilitating foot and knee pain that plagued her a year earlier.

Marvin had been seeking a record 7th title but instead remains tied with Stan Justice, Bob Murphy and Matias Saari for overall Equinox wins.

Youngren, whose training buildup was hampered due to injury, took third in 3:33.

A total of 673 completed the race: 378 marathon runners and hikers and 295 half marathoners. The relay was again not held in 2022 — it was removed in 2021 as a pandemic mitigation measure because busing runners is necessary. No decision on the future of the half marathon or relay for 2023 has been made, according to Running Club North officials.

Other items of note: