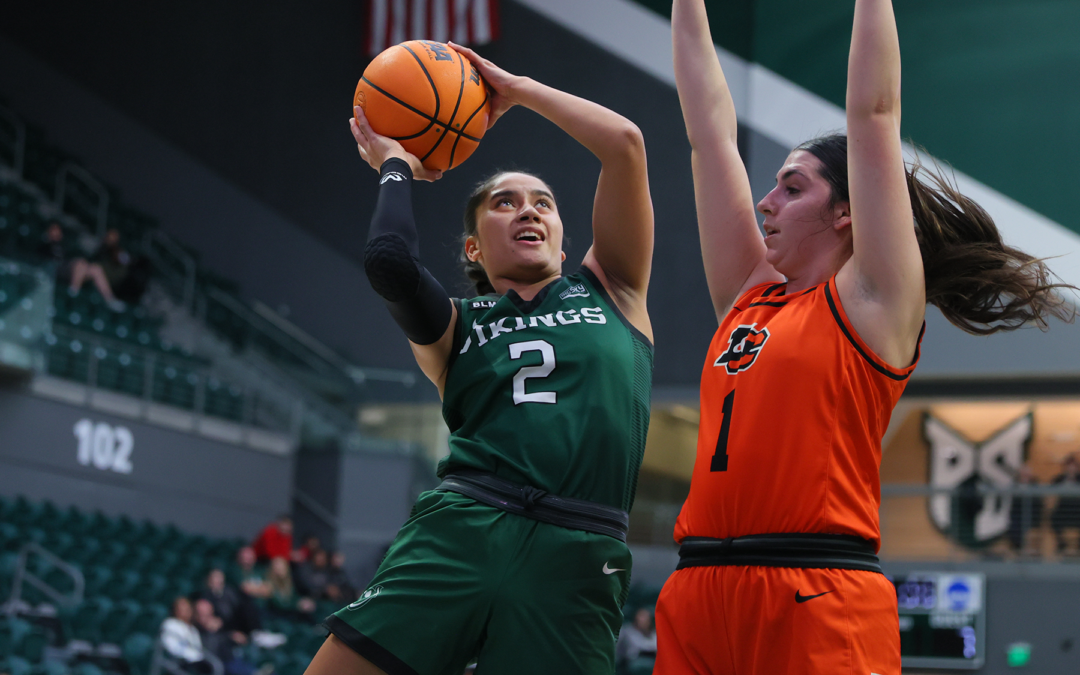 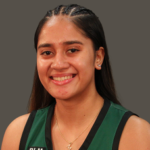 After a rough fourth quarter, Anchorage’s Mia ‘Uhila was unfazed in overtime and bounced back with a big 3-pointer that got the party started for Portland State.

The 5-foot-8 sophomore guard scored the first points of OT to help the Vikings beat Seattle 80-73 in the Emerald City.

‘Uhila (Bartlett) finished with 14 points to flirt with her career high of 15. As a freshman, she reached double digits three times in 28 games. She has started her second season with three straight games in double figures to nearly double her scoring average from 6.0 to 11.3 points per game.

She hit a pair of free throws midway through the fourth quarter to give Portland State a 52-50 advantage, but then spent most of the quarter on the bench after making three turnovers.

‘Uhila quickly turned that frown upside down after she was on the floor to start OT and buried a 3-pointer on her first shot. She finished 4-of-7 from the field, including this pretty reverse layup off a backdoor cut in the third quarter.

At UAF, Ellen Silva of Fairbanks made 8-of-12 shots and scored a season-high 17 points in an 83-69 loss to CSU Pueblo at the Al Kaly Classic in Colorado.

Silva (West Valley) is averaging 13.5 points this season – up from 3.5 last year as a freshman. 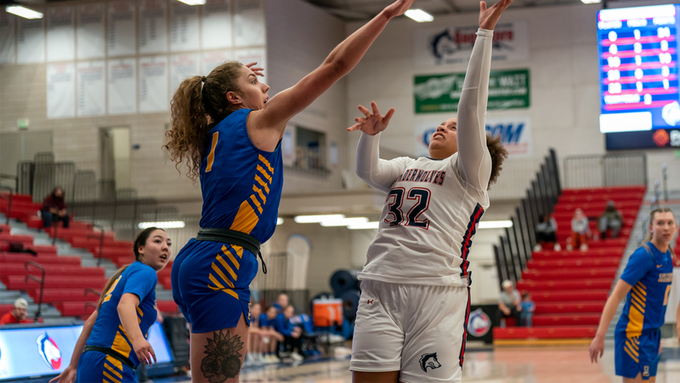 UAF’s Ellen Silva with the block. Photo by CSU-Pueblo

Reimers has averaged 11.5 points, 5.9 rebounds and 2.5 assists in 24 career games for UAF. Her bread and butter is a dribble-drive that that resulted in a game-winner last season.

UAF sophomore guard Taylor Tiulana (ACS) had all five of her points in the second quarter when the Nanooks outscored Pueblo 23-15 to take a 37-35 lead at the half.

Junior guard DeMarcus Hall-Scriven (ACS) knocked down a 3-pointer to give the Nanooks a 68-67 lead with 4:46 to play.

He finished with a season-high 12 points in 20 minutes off the bench on 5-of-9 shooting. 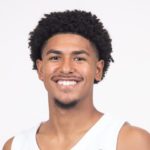 Spencer pumped in 20 points and sank a jumper to give Everett a one-point cushion with 47 seconds left en route to a 74-69 victory.

Montes finished 8-for-17 from the field and added seven rebounds. 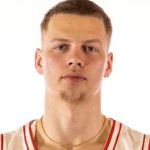 Spencer was 9-of-19 from the floor to go with six rebounds, three assists.

In 2021, Spencer played for a Lewis-Clark State team that advanced to the NAIA national title game.