Around The Rinks: Swanson and Link deliver for USHL Fargo; Monrean and Marks do same for NAHL Kenai River 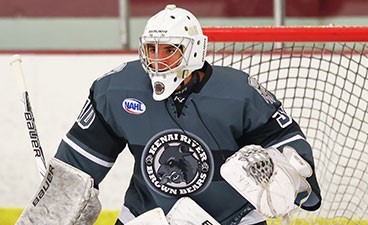 As a 16-year-old who is among the youngest players on a circuit that includes plenty of 20-year-olds, Anchorage’s Mac Swanson nonetheless has shown little trouble adjusting to the U.S. Hockey League, the top junior league in the country.

Swanson over the weekend boosted the Fargo Force to a 2-0-1 road trip by delivering two goals and four assists for six points. The natural center who is playing left wing on Fargo’s top line scored a goal Friday in a 4-3 shootout loss at Des Moines, added three assists (his career high for points) in Saturday’s 6-3 win at Omaha, then wrapped the trip with a goal and an assist Sunday in a 5-3 win at Omaha.

Swanson has at least a point in five of his last six games – 3-6—9 in that span – and owns 4-10—14 totals and a plus-10 rating in 14 games to lead the Force in assists and sit third in points. He has not been held off the scoresheet in consecutive games this season.

All the Swanson kids are playing at high levels. Mac’s older sisters, Addie (Plymouth State) and Sydney (Nazareth) play NCAA Division III hockey. The kids come from strong stock – father Brian is a former NHL center and Division I All-American, and mother Lynn was a Division I soccer player. 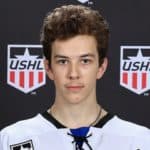 Mac Swanson, who turns 17 in January, plays on a line with right wing Bret Link of Anchorage and center Cole Knuble, a prospective first-round NHL draft pick in 2023.

Link enjoyed a strong weekend too. He generated two goals Saturday and another goal Sunday to give him 6-9—15 totals and a plus-13 rating in 14 games. The Colorado College commit is tied for 11th in the league in scoring.

Also playing for Fargo is defenseman Camden Shasby of Anchorage, who has one assist in eight games and is committed to Western Michigan. 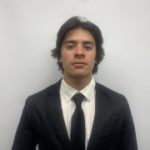 A couple of Alaskans who are flourishing in the North American Hockey League spearheaded the Kenai River Brown Bears to Sunday’s 3-2 win over the Springfield Jr. Blues.

Goaltender Bryant Marks of Wasilla stopped 36 shots to backstop the victory and snap his two-game losing streak. The UAA commit is 5-4-0 with a 2.08 goals-against average and a .935 save percentage that sits fifth on the circuit. 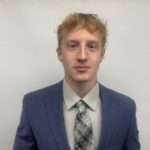 Kenai River forward Bryce Monrean of Anchorage, a UAF commit, scored two goals in the win, striking short-handed to forge a 1-1 tie in the second period and notching the eventual game-winning goal in the third period. With 11-9—20 totals in 23 games, Monrean leads the Brown Bears in goals and points, plus he is tied for 11th in league scoring. His outburst Sunday halted his two-game point drought. He already has surpassed his goal total from last season, when he went 10-28—38 in 60 games.

From the Hockey-Is-A-Tiny-World File, Springfield defenseman Mac Gadowsky had an assist against Kenai River on Sunday. Gadowsky is the son of former UAF bench boss Guy Gadowsky (now head coach at Penn State) and was born in Fairbanks.