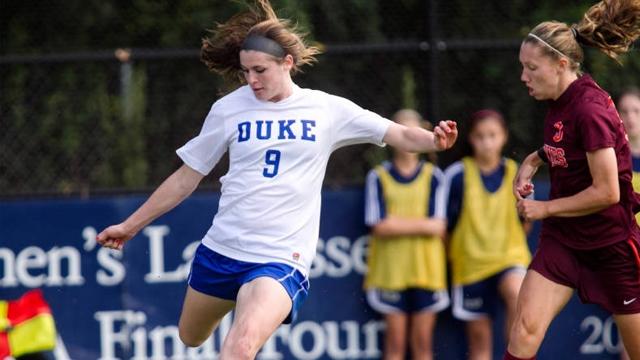 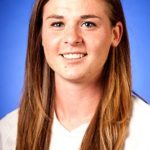 You’d be hard pressed to start a college career any better than Eagle River’s Kelly Cobb, who took the Duke University women’s soccer team by storm in 2011.

The 5-foot-10 forward scored game-winning goals in each of her first two appearances as a freshman, the second one propelling the 10th-ranked Blue Devils to a 3-1 upset over top-ranked Notre Dame.

She carried that momentum through the season, equaling the school record with six game-winning goals and setting three freshman records in shots (91), goals (11) and points (31).

In the College Cup semifinals, Cobb assisted on the game-winning goal in the 51st minute to lead Duke to a 4-1 win over Wake Forest. Duke lost 1-0 to top-ranked Stanford in the final.

She was just getting started.

In 2012, she was part of the United States’ squad that won a gold medal at the FIFA U-20 Women’s World Cup in Japan. In that tournament she became the first Alaskan to score a goal in an international match.

In 2013, she was Duke’s second-leading scorer with 17 points and recorded a career-high six points with two goals and two assists in a 6-3 win against Pittsburgh.

At the NCAA Tournament that season Cobb buried the game-winning penalty kick to give Duke a 4-3 win over 24th-ranked Colorado College and help the Blue Devils advance to the second round.

Cobb played at Duke from 2011 to 2014 and wrapped up her career with 25 goals in 78 games, often playing through pain. She had left ankle surgery following her freshman season and knee surgery after her sophomore season.

She was also regularly involved with different national age-group teams between 2009 and 2014.

At Chugiak, Cobb was a Parade All-American and Gatorade Alaska Player of the Year who furnished 224 career points in three seasons on 98 goals and 28 assists.

She scored a record 40 goals as a freshman in 2008 and bagged 36 goals the next year as a sophomore. Cobb didn’t play high school soccer as a junior but returned as a senior and amassed 22 goals and six assists in just 15 games.

In her final season Cobb took over in the postseason to single-handedly carry the Mustangs.

In the Cook Inlet Conference Tournament she had three goals in a 3-2 win over South in the semifinals and then scored the lone goal in a 1-0 victory over Dimond in the final, clinching Chugiak’s first CIC championship. In the first round of the ASAA state tournament, she netted five goals in a 6-1 win over Wasilla.