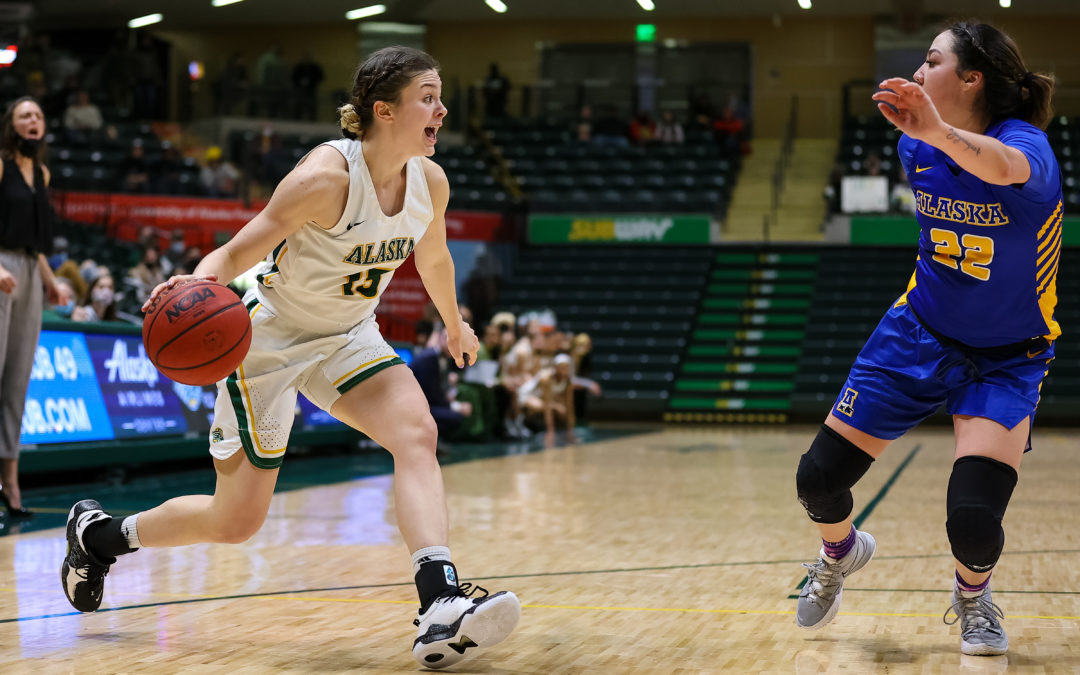 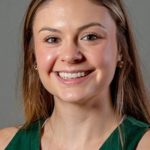 After growing up hearing her mom and dad tell stories about the Great Alaska Shootout, Jahnna Hajdukovich of Anchorage will finally get a chance to experience it for herself.

The iconic college basketball tournament – after a four-year hiatus – will return as a women’s only event Friday and Saturday when NCAA Division II perennial power UAA hosts Division I opponents Pepperdine, La Salle and UC Riverside at the Alaska Airlines Center.

“UAA has always been looked at like, ‘Oh, they’re from Alaska’ that kind of thing that comes with being an Alaskan and so we definitely have a chip on our shoulder,” said Hajdukovich. “We’re just grateful the Shootout is back, so there is definitely a different kind of hype for these games.”

Being a senior with the Seawolves, Hajdukovich almost missed her shot to play in the Shootout and follow in the footsteps of her parents, Michelle and Jim, a pair of UAA hoops alums who played in the tournament in the 1990s.

“I grew up wanting to be a Seawolf,” she said.

Hajdukovich was a four-time all-state player in high school, first at Lathrop and then Dimond. Lots of Alaska kids want to get out of the state once they graduate, but she wanted to stay home and play for UAA like her parents did.

She takes great pride in being a second generation Seawolves basketball player and the Shootout represents another family tradition.

“I am very excited,” she said. “It’s actually like a dream of mine to play in it because my dad when I was little would always tell me stories about it.”

Hajdukovich is a 5-foot-8 shooting guard who has started 51 of 92 career games, including the last 31 straight.

Hajdukovich last season really came into her own, especially on the offensive end, as she established a career-high 28 points and buried eight 3-pointers against Texas Permian Basin, and knocked down a buzzer-beating 3-pointer to supply a 66-65 win over Western Oregon.

She currently ranks No. 3 among active women’s college scoring leaders from Alaska.

When it comes to the Shootout, the UAA women have history on their side.

In 1990, the Seawolves beat South Alabama 88-87 to become the first NCAA Division II team in the country to win an otherwise all-Division I, eight-team tournament. 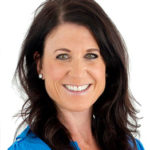 From 2003 to 2017, the Seawolves advanced to the title game 11 times and racked up six championships.

The women’s Shootout was originally called the Northern Lights Invitational when it was created in 1980 before the tournament was added to the men’s Shootout from 1999 to 2017.

No matter the name of the event, the tournament has consistently brought top-tier talent and household names to Anchorage. We got USC’s Cheryl Miller in 1986, Tennessee’s Pat Summitt and Chamique Holdsclaw in 1997, and Stanford’s Candice Wiggins in 2004.

The 1996 tournament featured reigning NCAA Tournament runner-up Georgia and La’Keshia Frett, who went on to play in the WNBA. There was also a spunky sophomore guard from Fairbanks on the UAA squad named Michelle Titus, who scored her first collegiate points against Boston College in the first round.

Michelle played three seasons at UAA between 1996 and 1999, and went on to become Miss Alaska, compete in the Miss America Pageant and marry Jim Hajdukovich.

Jimmy, as he was known back in the day, played for UAA from 1995 to 1999 and was one of the greatest guards to lace ‘em up for the Seawolves.

Jimmy was the Brad Oleson of his era – a do-everything 6-foot-2 playmaker from Interior Alaska who went all out on every possession like his life depended on it.

He was signed out of Monroe Catholic High in Fairbanks by ‘The Tark’ Jerry Tarkanian at Fresno State before coming back to Alaska and becoming an all-timer at UAA, scoring 1,472 career points, earning All-West Region honors and in 2009 being inducted into the Seawolf Hall of Fame. 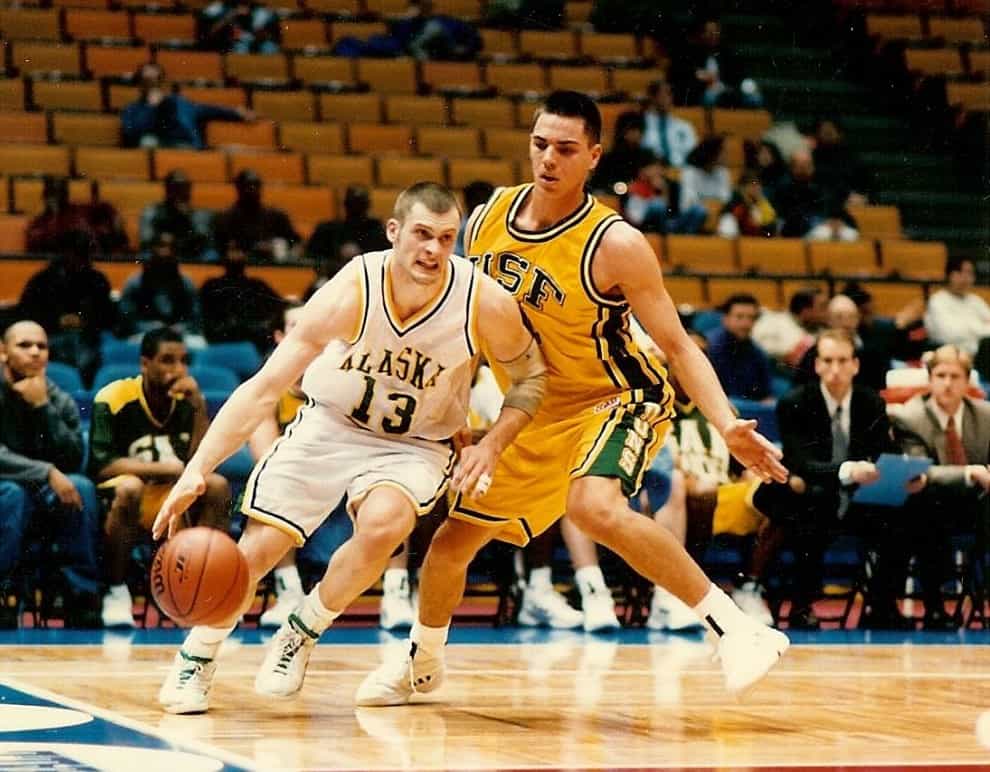 “I remember being little and my dad always talking about the time he played against Kentucky,” Jahnna said.

At the 1996 Shootout, Jimmy was part of a UAA squad that advanced to the Shootout semifinals and squared off against nationally ranked Kentucky led by Rick Pitino and future NBA players Ron Mercer, Jamaal Magloire, Derek Anderson, Wayne Turner and Nazr Mohammed.

The Wildcats beat UAA 102-73 before a crowd of 8,285 fans at Sullivan Arena and went on to win the Shootout. Kentucky finished that season 35-5 and advanced to the NCAA Tournament title game, losing to Arizona.

There is a classic ADN photo from that game of Jimmy racing up the court that was on the cover of a 20-year anniversary special section.

20 years ago Jim Hajdukovich was on the cover of our special section on the Shootout. Now his daughter @jhajduke is headed to UAA. pic.twitter.com/DqoBzmqCzU

“That photo we actually have a plaque of it,” Jahnna said. “That newspaper article I have held on to ever since I was young. That is a special picture I have engraved in my memory. He’s my Michael Jordan.

“My parents are definitely role models for me,” she added. “Those stories really resonated with me and I think that’s why I have a lot of pride in going to school here. Not only the history of the program but also the history within my family and lineage here at UAA.

“I was meant to be a Seawolf.” 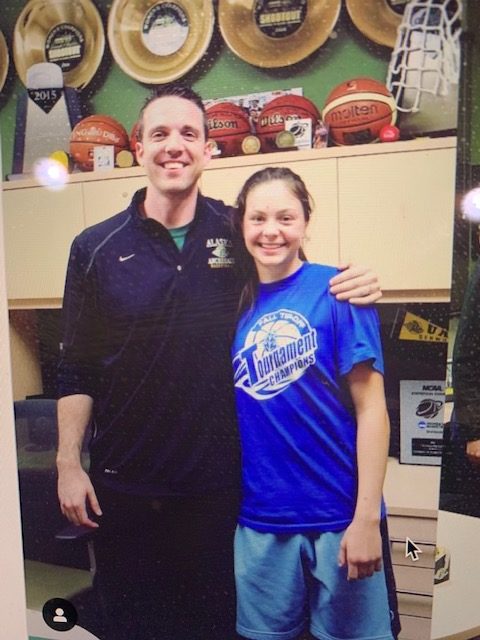 Jahnna brings that trademark Hajdukovich passion to the court, a mix of her mom’s moxie and dad’s desire.

“I think it was definitely built into me,” said Hajdukovich. “They raised me to be a competitor and I definitely embody them on the floor.”

Even if she wanted to dial it back, she is reminded of her roots each time she walks into the Alaska Airlines Center.

“I have to look at my dad’s Hall of Fame plaque every single day when I walk into the gym, so it definitely is with me always,” Hajdukovich said. “It’s just one more thing to push me and keep me going to reach my goals and set new standards for myself.”