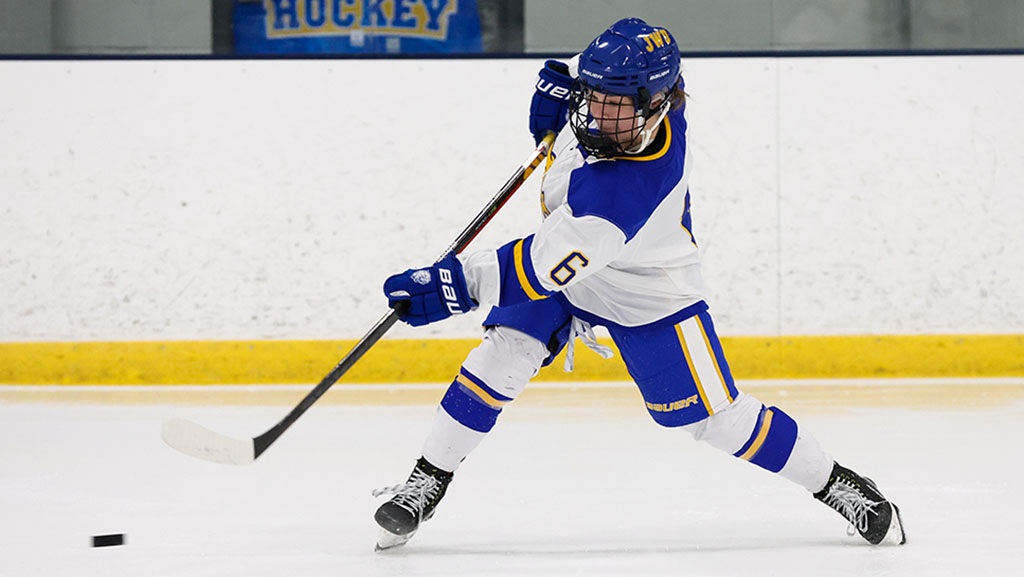 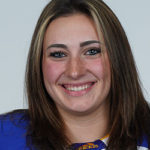 The Wildcats (3-11-2) trailed host Salem State (Mass.) by three goals – the deficit was 4-1 – and were closing in on their third straight loss. Not to put too fine a point on it, but they had scored just four goals over their last nearly eight games to that point, which made the prospects for a comeback improbable.

But a killer comeback is exactly what Johnson & Wales engineered, thanks in large part to a pair of Alaskans, Homer’s Haylee Owen and Eagle River’s Kaylin Garner.

The Wildcats cut Salem State’s lead to 4-2 with 7:45 to go and Owen, a sophomore defenseman, trimmed the deficit to 4-3 with 2:37 to go when she bagged her first goal of the season. Garner, a sophomore forward, scored the game-tying, extra-attacker strike, her second goal of the night and team high-tying sixth goal of the season, with just 38 seconds to go. Johnson & Wales finished its four-goal onslaught just 78 seconds into OT. 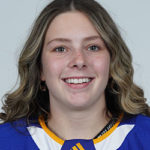 After the Wildcats’ previous four goals came across a span of 439:12.

So, Johnson & Wales’ comeback prospects deep in the third period Friday? Improbable. But clearly not impossible.

Amber Steinhilpert of Anchorage scored a power-play marker in Alvernia’s 3-0 road win over Wilkes to pump her season stats to 7-4—11 in 16 games. That marks the senior forward’s career high in goals and ties her career high in points.

Meanwhile, sophomore forward Darci Matson of Wasilla, the nation’s leading scorer in D-III, racked a goal and three assists in Aurora’s 5-2 win over Concordia (Wis.). Matson’s 11th multiple-point game, which was her ninth game of three or more points, pushed her season totals to 22-22—44 in just 16 games.

Bailey Brunnhoelzl of Palmer assisted on the game-tying goal for No. 15 St. Norbert in a 2-1 win over Lake Forest. That pushed the freshman’s season totals to 6-4—10 in 18 games.

In men’s D-III action, SUNY-Cortland junior forward Cameron Knowlton of Kenai exploded for a career-high four points – two goals, two apples – amid his career-high seven shots on goal in a 7-3 win over SUNY-Potsdam. Knowlton has pocketed five goals in the last six games and own’s 8-8—16 totals in 18 games.

Freshman forward Maksis Brimanis of Anchorage scored one goal and assisted on another in Wisconsin-Stout’s 4-0 road win over Northland. He’s 6-8—14 in 17 games.

And freshman forward Jaron Ketterman of Palmer – shoutout: he wears No. 49 – scored his third goal of the season for Concordia (Wis.) in a 5-3 home loss to Milwaukee School of Engineering. Ketterman is tied for fourth on the team in goals.

In Division I men’s games, RIT senior forward Caleb Moretz of Fairbanks assisted on the game-winning, power-play goal and also scored a goal in a 5-1 win at Arizona State. Moretz’s four-game point streak (3-3—6) is the longest of his college career. He’s 4-7—11 in 15 games this season and has bridged the 50-point career milestone to raise his totals to 20-31—51 in 104 games.

In Division I women’s play, Bemidji State junior goaltender Hannah Hogenson stopped 45 shots in a 7-0 loss to No. 3 Minnesota.