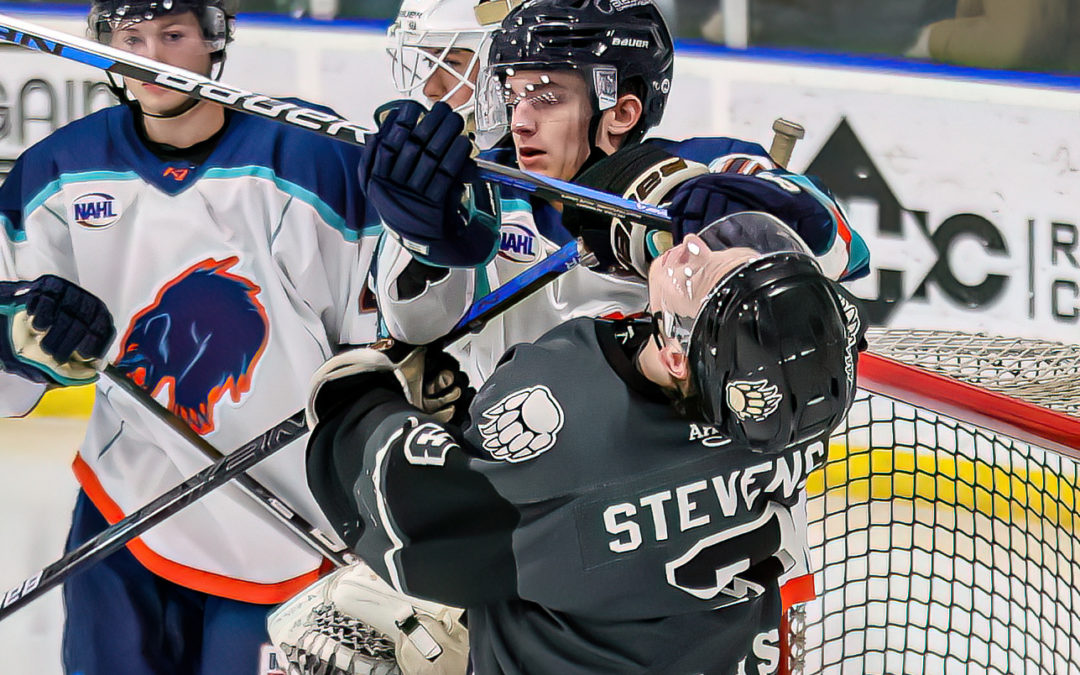 A maroon and white placard purports to a “Meeting Room” existing through the nearby doorway and up the stairwell in Ben Boeke Arena’s southwest corner heights.

Since the Anchorage Wolverines last played a North American Hockey League home game inside the nearly 50-year-old barn more than month ago, the organization transformed the space into something else entirely.

“Feels more like a home,” director of hockey operations Keith Morris said. “Our players can now really feel like they have their own space.”

Playing at Boeke for the first time since Dec. 10, the Wolverines scored a critical 4-2 win on Friday versus rival Kenai River. Alaskans Aiden Westin, Revy Mack, Trent Powell and Andy Ramsey each recorded a point in the victory, Anchorage’s sixth in its last 10 games. 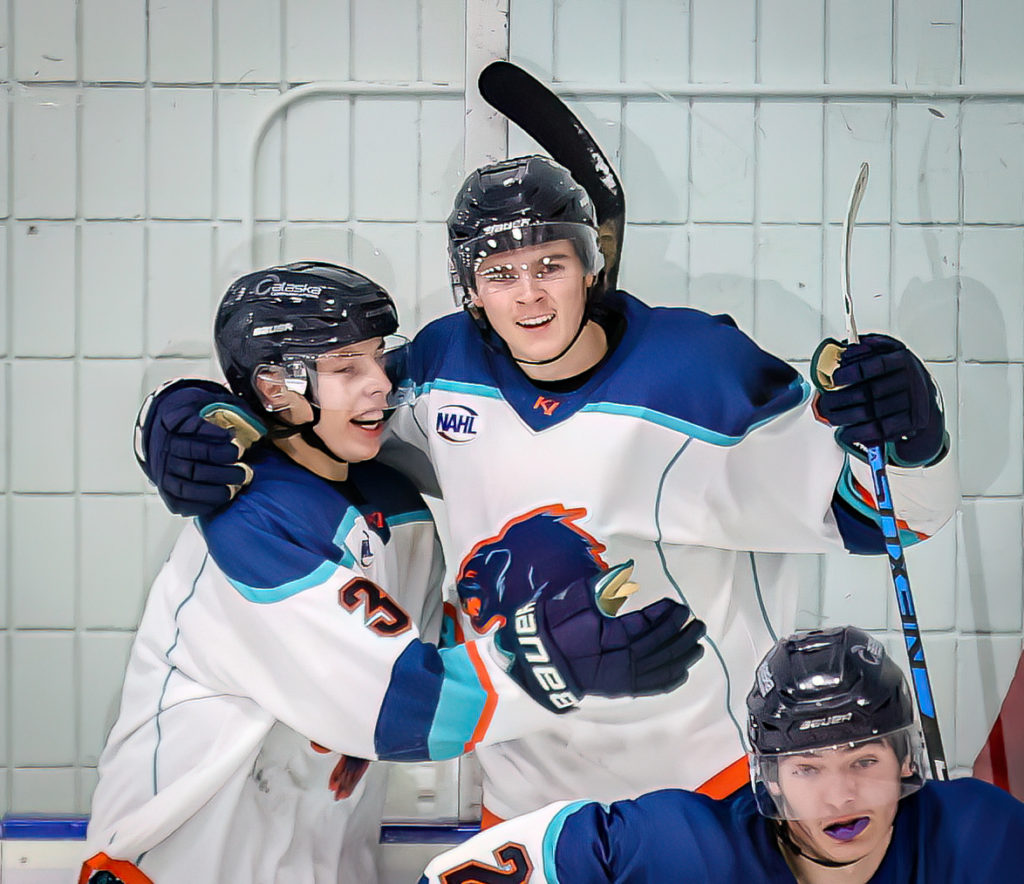 Mack, a former West High all-stater, notched his second score in 10 games played with the Wolverines on a breakaway at 14 minutes, 55 seconds of Anchorage’s three-goal first period. Powell delivered his 11th assist of the season on the play.

Anchorage (15-13-6) and Kenai River (19-17-2) close out the weekend series in a rematch Saturday night at 7. The Wolverines own a 4-1-2 record against the Brown Bears and increased their lead in the Alaska Airlines Club 49 race for state supremacy over both Fairbanks and Kenai River.

“A huge win for us in what is obviously a big rivalry,” Powell said. “The Club 49 (prize) means a lot to us as well. A big two points, too.”

For the duration of the Wolverines’ almost two-year existence, the team used the upstairs room stashed between Boeke’s two rinks. Anchorage and opponents would dress separated by only a curtain and parade up and down two different sets of stairs – old Chicago Stadium style – to get to the ice, skate guards on blades until getting to the playing level. 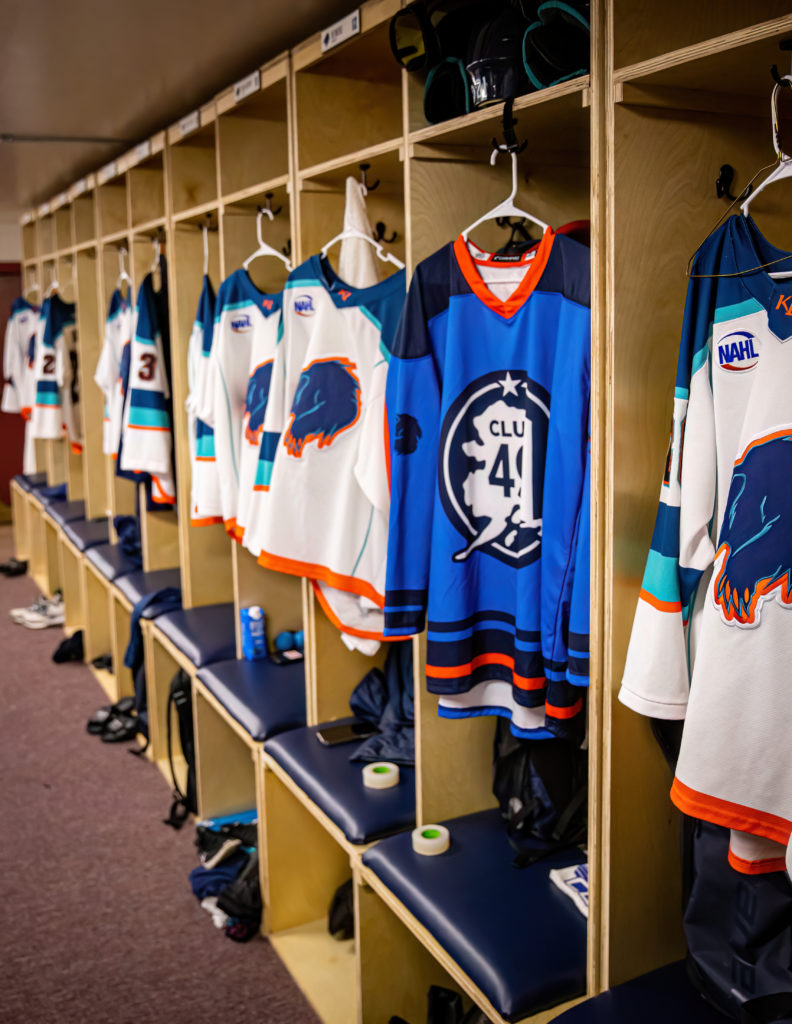 “Those abandoned skate guards in the hallway near the rink have always been a Wolverines thing,” said Kari Ellsworth, who owns the team along with husband John, Marissa Flannery and Aaron Schutt, and Jena and Jay Frawner.

The NAHL’s Junior A Tier II guidelines mandated space be made available. But that’s all the room really was, a space featuring folding chairs and gear on the floor. That was until billets (host family) Amanda Johnson and Steve Leonard stepped in with a donation while the Wolverines played Outside and enjoyed a holiday break.

Head up the southwest corner stairs, make a few turns and you can’t help but see some legitimacy. A wall was put in place. Each Wolverines player now has a portable stall complete with a name plate that includes name, jersey number and hometown.

“Correct, the name plates are new,” Ellsworth said. “They weren’t here before taped to the (folding) chairs.”

Powell said the players immediately fell in love with what they saw.

“It was a pretty special moment after sitting in those chairs for two years,” Powell said. “Getting those (stalls) was a big step for us and a big step for the organization.” 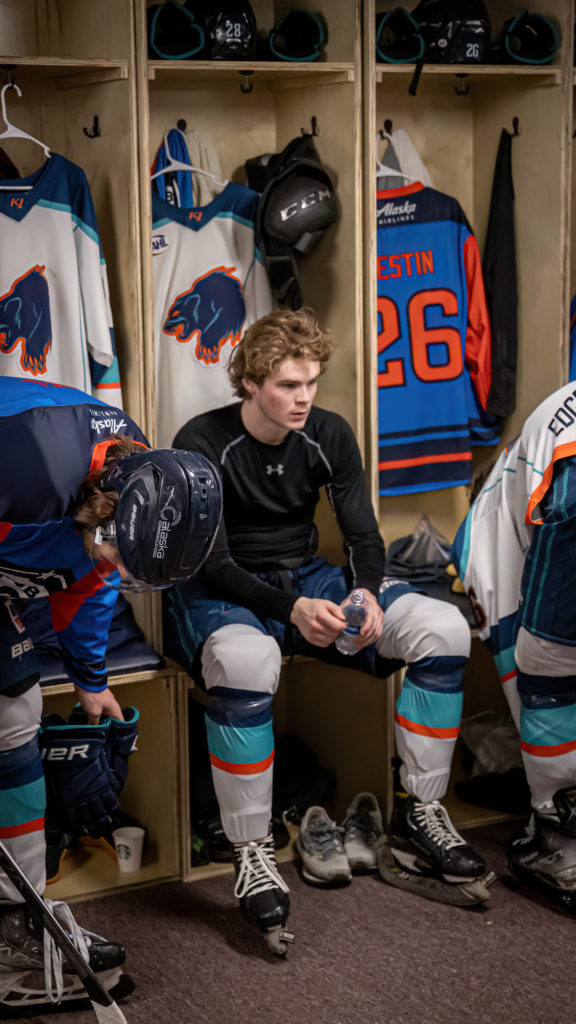 It’s no secret, no one associated with the Wolverines expected to play seasons one and two at Boeke, which opened in the mid 1970s. The initial idea was to play at neighboring Sullivan Arena and harken back to the glory days of UAA (college) and the Alaska Aces (pro), but once again the 6,500-seat arena is being used as a homeless shelter.

“Yes, we’re helping part of our community that’s struggling but we know the arena was never meant for that,” Morris said. “It leaves us in a depressing situation. There is empathy, but also frustration felt by many.”

To the Wolverines’ credit, the organization has clearly made the best of it at Boeke. Besides the dressing room improvements and other amenities, the team showcases a healthy relationship with numerous businesses. The main rink’s dasher boards are full of sponsors and Ellsworth said new season-ticket buyers continue to come on board.

“Nothing but bright spots,” she said.

The brain trust behind the team is also smart. The dressing room stalls are portable and can be moved if and when the time comes for better accommodations. It’s impossible to guess what the city of Anchorage, the citizenry, will do in terms of a hockey facility, if anything, either for the Wolverines, UAA or both. Ellsworth and Morris said they hope that by this time next year, some kind of clearer picture will emerge. 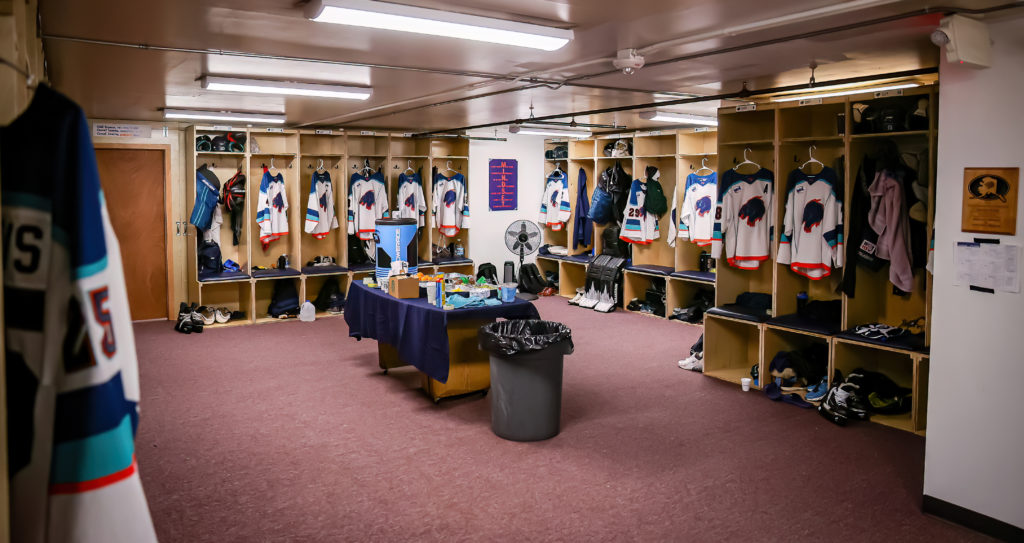 One thing the refurbished dressing room couldn’t hide? The smell of a hockey team holding court for 18 or so months.

“It was going to stink either way,” Powell said. “But one of the changes is now you want to keep your stall clean.”