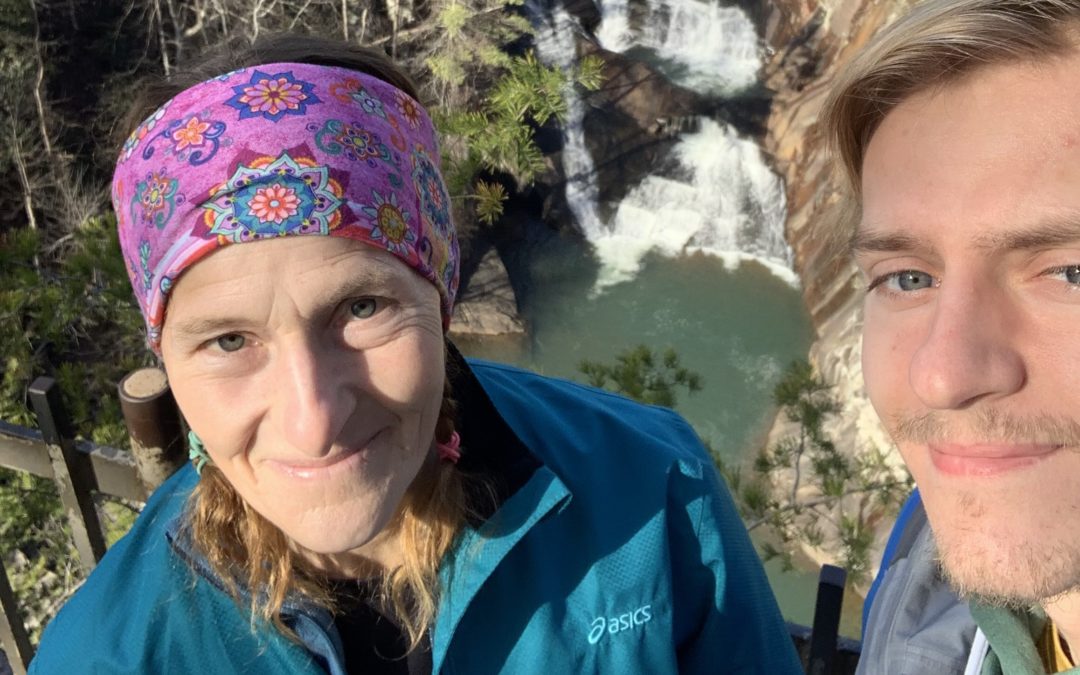 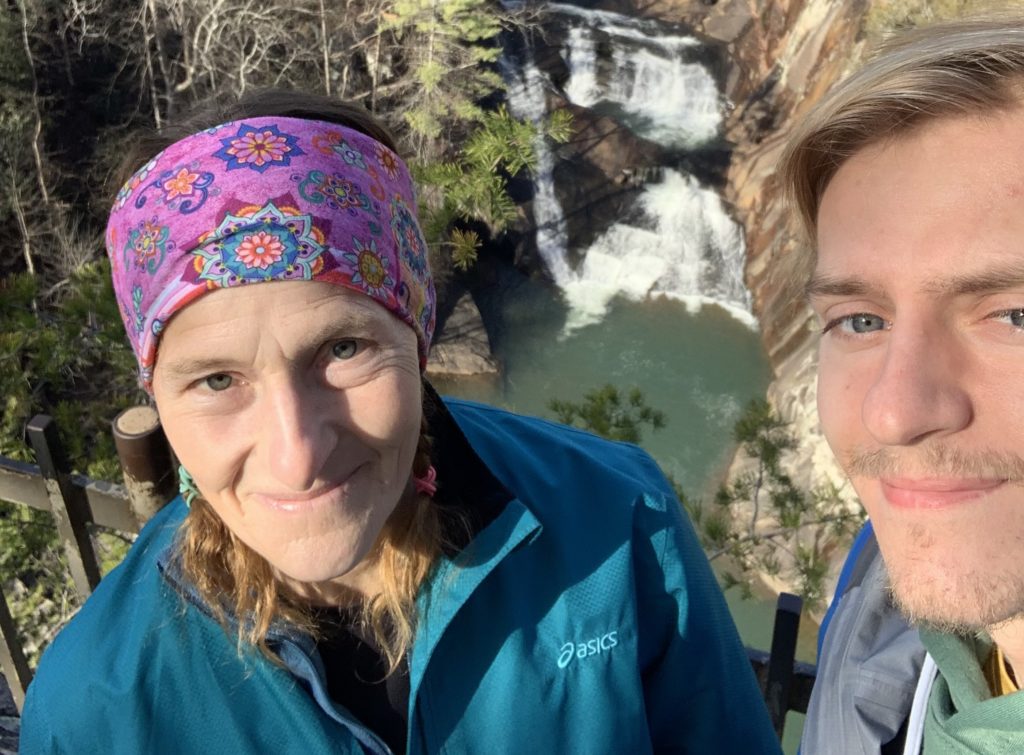 While most Alaskans have been busy logging winter miles, Wasilla’s Gail and Josh Taylor took their talents across the country to compete at the inaugural Cold Rock 25K, held in Chimney Rock, North Carolina.

But unlike most races in Alaska, the Taylors went into the race unfamiliar with their competition in the Tar Heel State.

Josh, a Mat-Su Career & Tech grad who competed for Colony High, was the youngest in the field and used his mountain expertise to power himself to the top. The 22-year-old registered a time of 2 hours, 9 minutes and 9 seconds to win with 21 minutes to spare over runner-up Mike Darling from North Carolina.

“I started out a bit conservative then just opened up more of a gap with each lap,” said Josh. “By the start of the last lap, I knew I had it locked up.”

The race included a series of out-and-back laps on Four Seasons Trail, leading to Hickory Nut Falls and Chimney Rock, involving a lengthy section of stairs. Over 3,300 feet of elevation was gained throughout the 15-mile course, which had to be shortened due to ice and high winds. 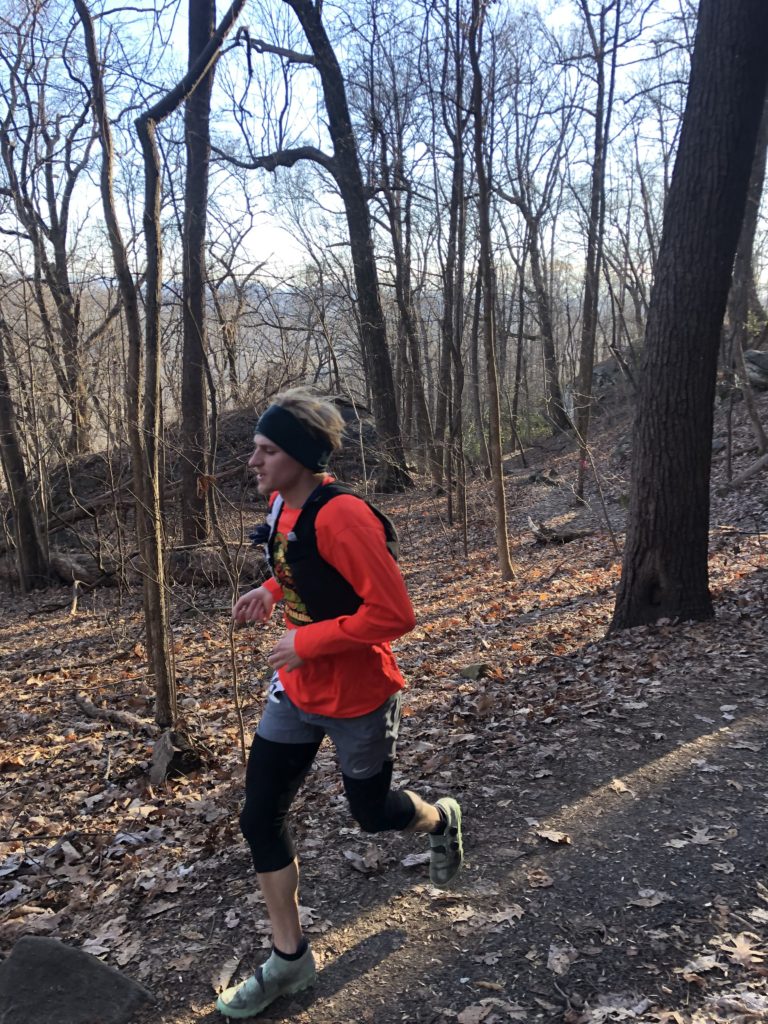 “Most of the elevation gain on the course came from stairs,” said Josh. “There were still a few sections of more technical rocky-rooty footing, but it was mostly a cleared gravel-dirt path.”

In reflecting upon the ambiance of the race, he leaned into the camaraderie of the competition that made even the arduous sections feel like home.

“It was great going to another state and still having the same positive atmosphere on the trails,” said Josh. “Everyone was encouraging one another each time we passed by.”

Gail, the reigning Alaska Mountain Running Grand Prix winner and mother of five, had a slightly larger margin of victory over the women’s field. The 57-year-old took the win in 2 hours, 35 minutes and 29 seconds to claim the gold by more than 23 minutes over North Carolina’s Courtney Hopkins, placing third overall.

While the double win is a first for the family, the mother-son duo are no strangers to mountain and ultra-running, building an impressive resume over the last few years.

The two train together when time allows, often climbing Palmer’s Lazy Mountain, along with other mountains around the Matanuska-Susitna Valley and Anchorage areas. 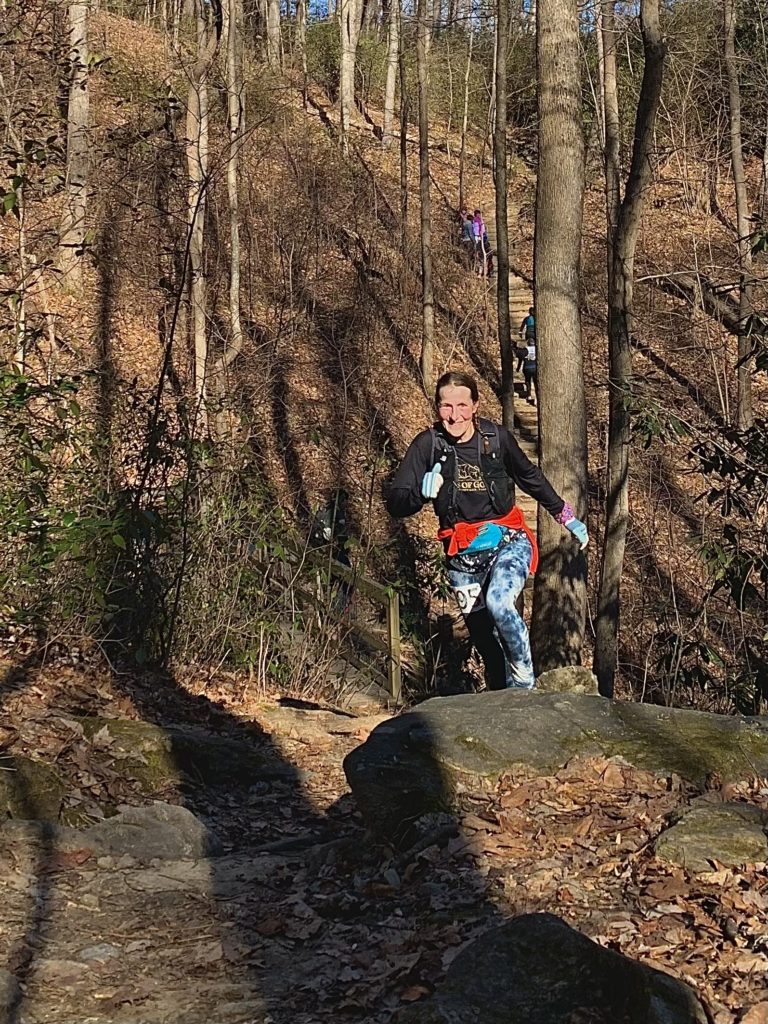 “She (Gail) was a huge influence growing up, as she started racing later in life (40’s) when I was 8-12 years old,” said Josh. “She ran some of my first mountain races with me — Matanuska Peak being the biggest one.”

As for Gail, she has previously won the Little Su 50K (2008) and Resurrection Pass 50 Miler (2007), in addition to placing second at the Veins of Gold Mountain Race, third at the Matanuska Peak Challenge, and fourth at Government Peak last summer.

“She was certainly one of my biggest motivators, and showed me how far you can push yourself with hard work and determination,” said Josh. “Now I’m working to find my limits and hopefully inspire others, the same way she inspires me.”

While the Cold Rock 25K was just the first race of the season for the Taylors, for a family dedicated to mountain running, the sky is truly the limit.