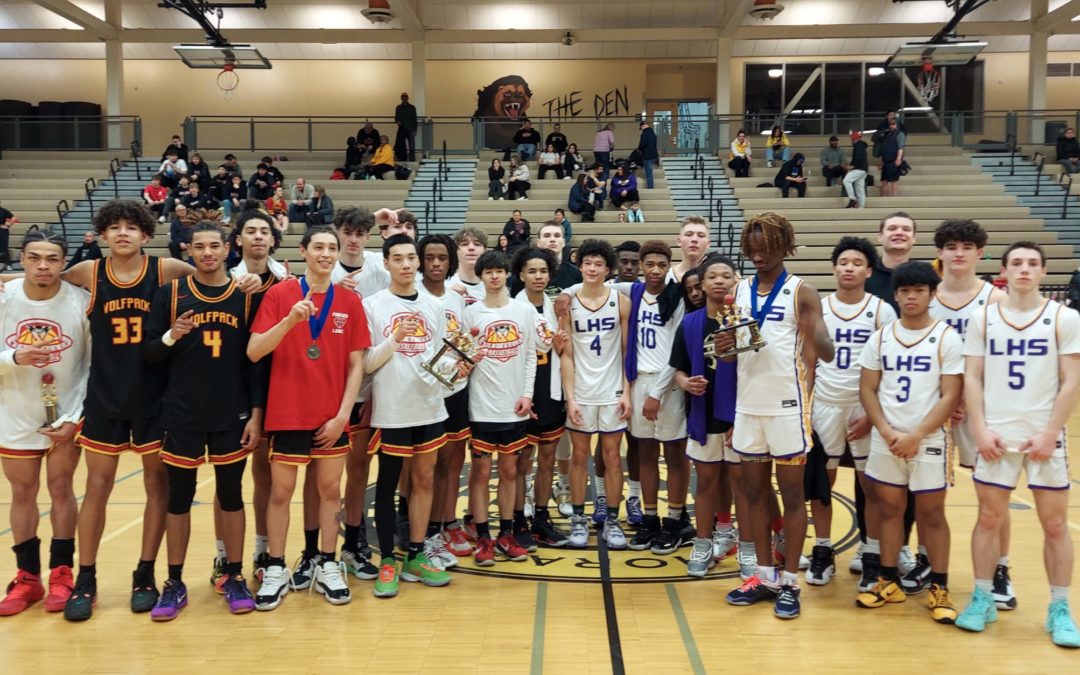 Champion West Valley and runner-up Lathrop accept their trophies after an All-Fairbanks final.

From tip to final buzzer, the Wolfpack applied a frenetic full-court press on defense and a high-octane motion passing game on offense to dispatch their cross-town rival Lathrop Malemutes 81-47 in a championship game with a Fairbanks feel at the O’Brady Invitational at South Anchorage High School Saturday night.

The West Valley squad has been doing this to everyone.

Powered by two of the top players in the state in seniors Malachi Bradley and Steward Erhart, the Wolfpack is rolling. They’re 12-0 and have not been seriously challenged in a game yet this season. 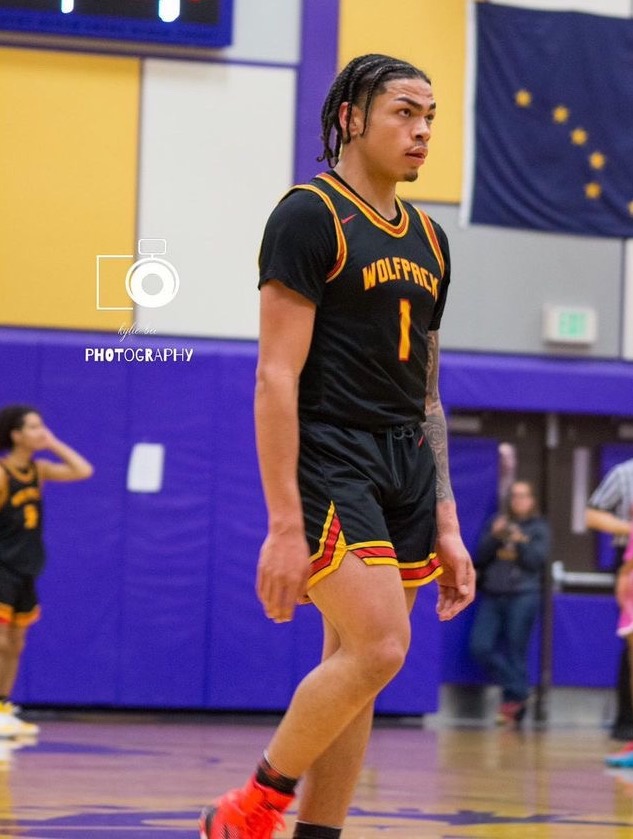 Bradley is a talented and uber-athletic guard who seems to be playing in video game mode. He was a 3A First Team All State selection as a sophomore for the state champion Monroe Catholic Rams before leaving to play basketball out-of-state last year.

Erhart is a sweet-shooting 6-foot-2 play-making point guard. He was the Alaska Gatorade Basketball Player of the Year on last year’s Wolfpack squad the finished the season 26-1.

Bradley and Erhart: These two guys are really good. And West Valley is rolling because of just how unselfish their two star players are.

“It really helps when we’ve got guys like Mal (Bradley) and Stew (Erhart) diving on the floor and setting the tone,” said Growden.,

Lathrop kept it close for a quarter but West Valley just wore them out. The defense was full-court and it was suffocating.

“We do what we call ‘Match Motor,'” said Growden. “Whoever’s got the motor that game, we try to get teammates to match that.” 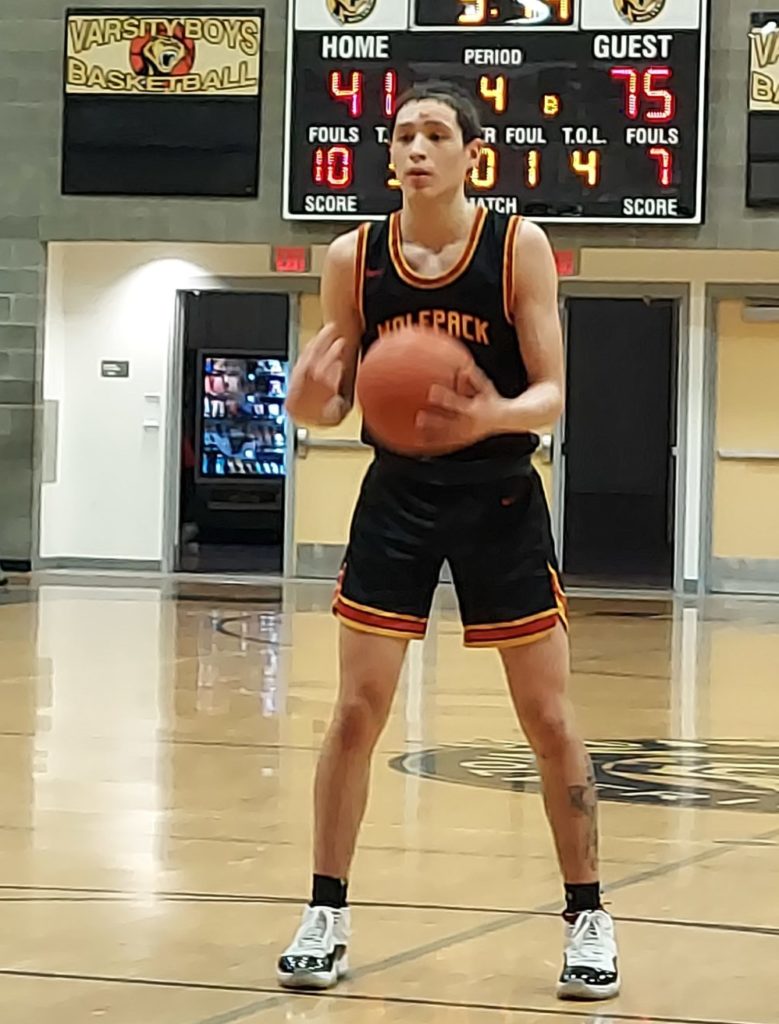 They all seemed to have their motors humming.

On  the offensive end, the ball was popping, players were constantly cutting and setting screens, and defenders struggled to keep up.

Tournament MVP Bradley scored all of his 23 points in the first half with a variety of drives to the basket and feathery jumpers. Then it was Erhart’s turn, as he sliced up the defense for 22 of his game-high 24 points in the second half. The tandem equaled Lathrop’s point total of 47 points.

“West Valley is rolling so well due to the Erhart and Bradley combo,” said Lathrop Head Coach Matt Wilken. “They grew up playing together and it shows.”

But the star players never looked like they were trying to be stars. Their points came in the flow of the offense, and there were contributions up and down the roster.

“I like getting my teammates involved before myself,” said Bradley.

Lathrop, who defeated host South High 40-37 in the semifinals, was paced by senior point guard Earl Parker’s 13 points. Parker, a star receiver on the Malemutes state championship football team, used his handles and quickness to break down defenders all weekend.

“This was our first weekend we’ve had our full squad, so hopefully we’re late bloomers!” said Wilken.

The 9th Annual O’Brady’s Invitation, hosted by the South Anchorage team and booster club, featured a cross-state lineup. The two schools from the Golden Heart City had to work their way through a bracket of teams from far-reaching regions of the state to set up the Fairbanks final.

“It’s a great tournament,” said Bradley after the championship game, “I like coming down and seeing all these different teams.”

Juneau-Douglas topped last year’s O’Bradys champion South 67-40 in the third-place game. The Crimson Bears were led by guard Sean Olliver and big man Orion Dybdahll, but got mistake-free play and balanced scoring across their roster.

The Bartlett Golden Bears, a young high-effort, high-energy team that comes at opponents in waves, held off the talented and well-coached 2A Ninilchik Wolverines 62-57 in the fourth-place game.

Entering the tournament, Ninilchik hadn’t lost a game since the 2020-21 season. The defending 2A state champions’ streak of 35 straight wins came to an end but they appear poised to make another 2A title run.